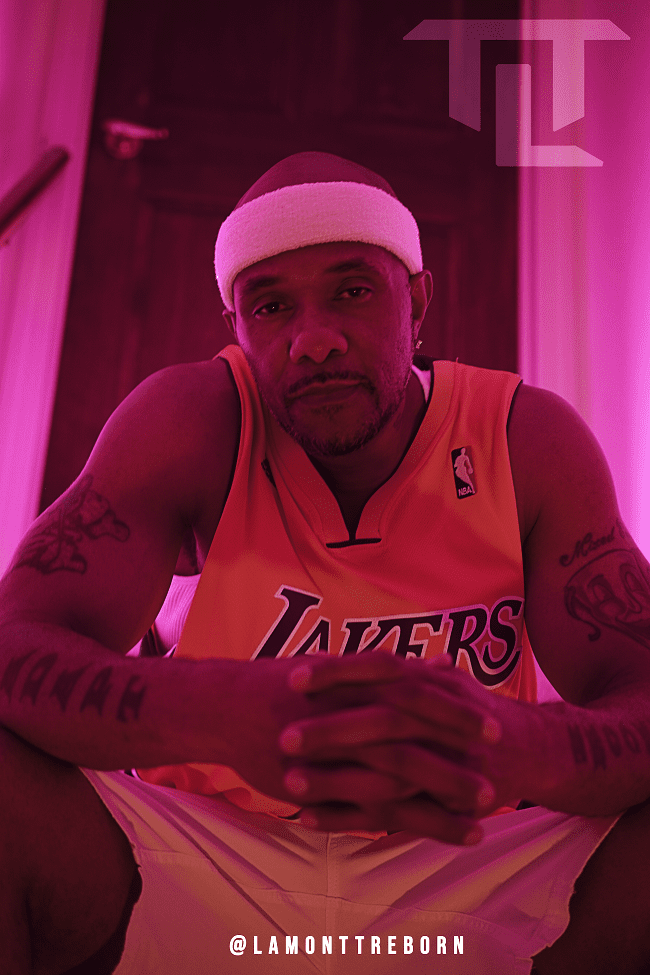 Coming up with my stage name LAMONTT was not a random pick nor a first choice. I actually had a different stage name earlier in my career in which I decided to change because I started working with a different team that had a different approach which only felt right to choose a different name. After much thought, I decided to use my real middle name which is Lamont, and adds my first initial to the end which is T (Anthony/Tony) which gave me LAMONTT.

I’ve always loved music at an early age. I would always find myself singing to the popular songs on the radio, at church singing with the groups that would perform, and also listening to the many songs my aunts and uncles would play. I found myself singing in school in the hallways walking to class and the kids would stop and listen and then request a song for me to sing.

As far as realizing I wanted to pursue it as a career came much later. I guess thinking back I liked the attention but it wasn’t until a couple of years ago I actually started to look at singing as an actual profession and business. This is when I started to apply myself and focus on my craft

My style is a reflection of the music I grew up on, experiences I’ve had, and my age and mentality. Let me elaborate… I listened to a lot of Old school R&B from Stevie Wonder to Sam Cooke to The Temptations to The Four Tops, Diana Ross, Whitney Houston, New Edition to Michael Jackson. Also, I listen to 90’s – Present artists of different generations such as Chris Brown, Kem, Tory Lanzes to Faith Evans Usher and so on.

With my new single Offended ft. T-Swang This Song has a Unique story, Me and my engineer was in a session and going through some beat packs and I felt like we needed to do something grown and sexy. So we find the beat and start vibing to it he then tells me LAMONTT I think my wife just got offended because I said she looks like Halle Berry and I took that line ran with it and just start going through all the things that women may or may not be offended by men and the song started to have a ballad type of feel.

Fast forward 3 months later and my management team wants to release the song and I just felt like something was missing just didn’t know what it was. So during this time I release a Promo Video cover I did of Don’t Be Afraid by Aaron Hall and I get a DM from Tswang saying he did some adlibs over the cover I did, I know him from my home town as another artist that has been successful in his music career also and after I heard that Original Talk Box on that cover song I knew immediately this was the sauce I was missing my team contacted him and the rest was history.

I would say my greatest challenge was being 18 years old and going into the toughest branch of the Military… The United States Marine Corps!! The 3-month boot camp training was by far the most challenging thing mentally and physically I have and probably will ever do in my life. And the Marines instilled the Adapt and Overcome mentality which is the biggest attribute to my work ethic today.

Of course and I say that in a humble way, any artist that tells you they don’t believe or feel they’re the best I would question there passion and belief in themself. I know there is a lot of great artists out there but every song I do I feel its the best anybody should feel they are the best at whatever dream they pursue.

Right now we are campaigning for my upcoming release Offended releasing June 2, 2020, on all digital platforms Pandora, Apple Music, Tidal, etc. 2020 I plan on releasing some music videos so my fans can see visuals, We are pitching to sound Libraries so looking to get music in Movies or TV shows and as always keep promoting the LAMONTT brand and creating good content.

I would first and foremost like to thank God for blessing me with such a gift and protecting me every step of this journey. I then want to thank my mother for raising me on her own as a single mother and always teaching me the values of respect and bring independence as well as humility… I want to thank my team for believing in my dream and passion and giving there full support and energy. I would like to thank the radio stations, DJs, bloggers, other artists that have shown support and also thank them for their love of my music.

Fans can always Google LAMONTT and all social media and info will come up. I do enjoy communicating and interacting with my fans.

There are a few main tips I give artists out here that are perusing their music dream. The first is investing in your self, it all starts with buying that $30.00 beat lease this is something that a lot of upcoming artists struggle with. The next would probably build your team, this is another important piece to have when trying to make it in this industry and when I say a team of people I mean people that will help promote your music maybe invest in you this could help you grow as an artist and boost the start to your campaign.

I think networking is also a key tip, we live in a time now when you can network with an artist in China and never meet in person and could possibly make a hit song that could go viral this is something a lot of artist shadow over too. It all goes back to the real grind, don’t be scared to leave your city to pursue your career, a lot of artists come from small towns where there is not much going on for the music scene. You have to get in front of people and perform and make them fans. There are so many tips I could give but I will end it and say if the upcoming artist follows these few things they will gain some sort of traction in the music industry.