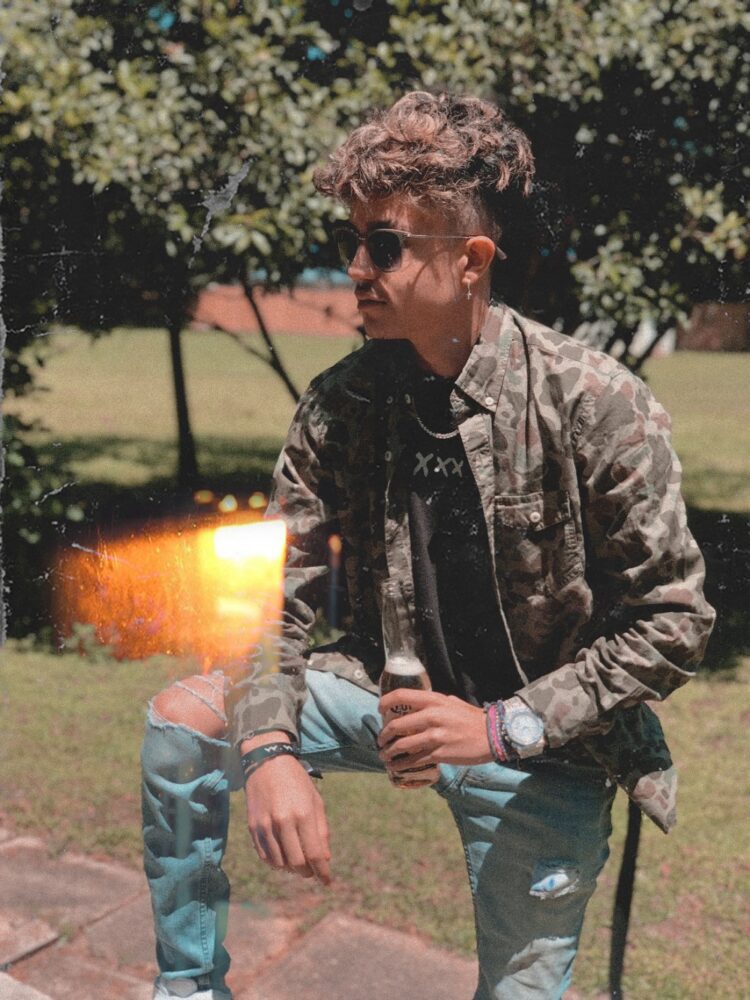 My stage name “$antamaria” comes from my stepdad’s last name “Santamaria”. He played a big role in my music career by pushing me to have the mentality that a failure is never an option and that anything in this world is possible so I decided to use his last name as a part of my passion. It also gives a little bit of Hispanic culture to the hip hop community”

When I was younger, I always had earbuds or headphones on me to listen to music. My life was built around music. When it came to facing hard times or just looking for an escape, music was always there. Once I realized how much music impacted me, I decided to start creating music to give others the same feeling that I felt.

I would give credit to my mother for exposing me to different types of music when I was younger. I believe that it definitely led me to create the music I do now.

My project, “MDMA”, stands for “My Death Might Awake”. That idea came after I realized that many good, young artists pass away at an early age and their music doesn’t reach mainstream attention until after their passing. With that being said, “My Death Might Awake” was a way to show the world that music should be appreciated while the artist is still alive to know that they were listened to.

The greatest challenge that I’ve experienced as an upcoming artist would be getting public exposure. The media is flooded with artists with the same goal as I, so it is difficult to reach the right people at times. My greatest attribute to my work ethic would have to be my ambition. I will never give up on my dream to become one of the biggest names in the hip hop industry.

Yes. As an artist would think of themselves, I know I’m the greatest at what I do. I believe that my raw sound and relatable lyrics give my listeners a taste of something real and not mainstream replicas.

I plan on releasing at least 2 more projects this year and a music video. I also stand on my statement on becoming one of the biggest names in the industry. I’ve worked 5 years for this so I’m coming for it.

I would like to thank all my followers and supporters for being with me along this journey to being the best. I also would like to say Long Live Jahseh (XXXTENTACION)

Keep pushing. Quitting will get you nowhere. Anyone can do anything they set their mind to. Don’t let anyone tell you that you will never be somebody. Have faith in yourself and work hard. Hard work pays off.