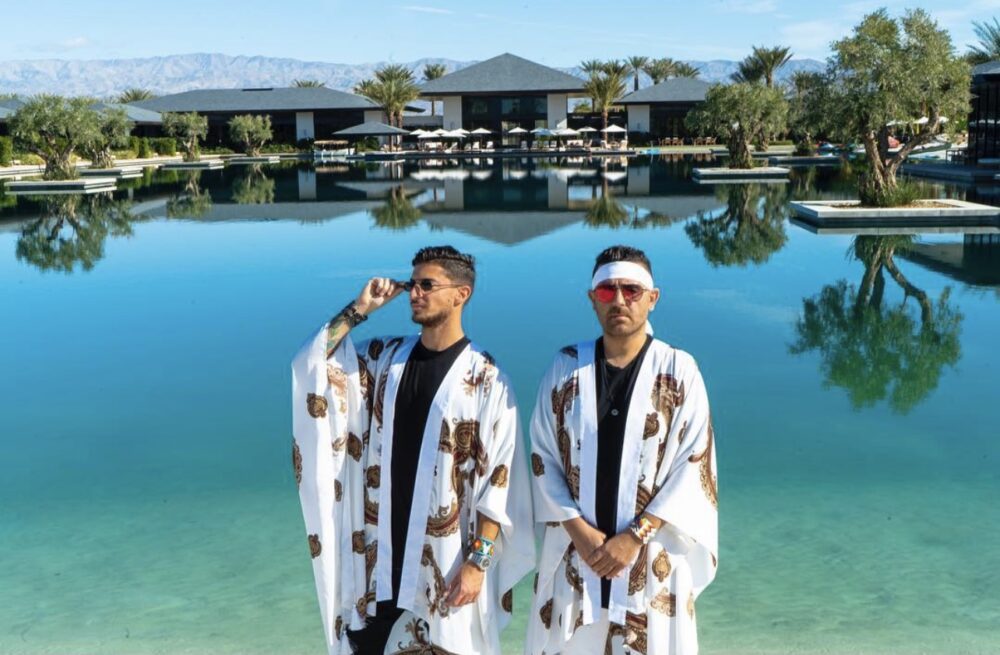 The Kimonos, based in Los Angeles California will have your ears begging for more after you listen to their new EP Ready When You Are. Their sound is impeccable and the internet is going wild following this latest release. Omri Malka originally from Tel Aviv, and Gabriele Falanga from Italy are who make up this dynamic duo. Ready When You are is an eclectic afro house single filled with catchy melodies and a thumping bass line that is sure to get your body moving. These two musicians released this EP with the intention to catch our attention and they have definitely done that. Listeners just can’t get enough with streams reaching the 1000s in just a few hours after its release. Ready When You are was featured on Beatport’s top 100 within the first week. If that doesn’t tell you something then their track record might. Having played alongside some of the best DJs in the world it is clear they are destined for fame! Anyone who has been blessed enough to attend one of their shows in person post pandemic restriction will assure you these guys are the real deal. They definitely spent that time to harness their craft, focus and make music. With plenty of down time to really get into producing it’s apparent that they did not waste a second. This song is a prime example of just what they have been cooking up in the studio. The Ready When You Are Ep features four songs; Blu Oasis, Ready When You Are, Ready When You Are (Instrumental Mix), and Ready When You Are (Tom Gatley Remix).

To check out ‘Ready When You Are’ click here:

Continue Reading
You may also like...
Related Topics:artist, dj, THE KIMONOS