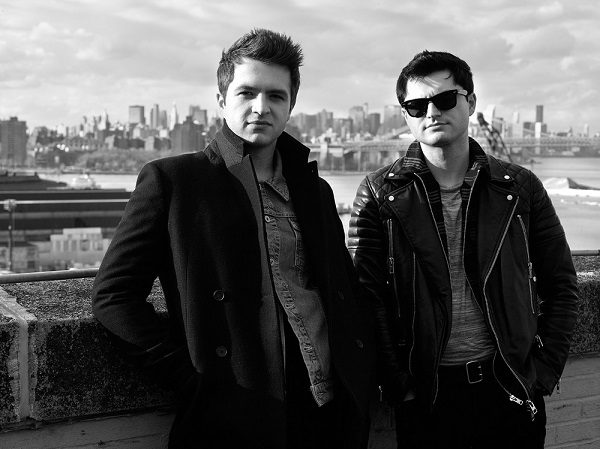 The Como Brothers, Matt and Andrew Como, are musicians (singers, songwriters, and performers) from Long Island who are passionate about their music, heartfelt lyrics, and original music. Combining pop and rock easy listening sound with a blues vibe, they have written and recorded multiple albums and EP’s of original songs.

Their latest songs have been recorded with Grammy-nominated engineer Kenta Yonesaka at Germano Studios in New York City.  Matt and Andrew have toured the East Coast performing at notable venues such as the Hard Rock Café and The Cutting Room in New York City along with sold-out performances around the country from Hollywood California to Texas’ South by Southwest, Florida, Boston, New York City and more.

Matt and Andrew have had songs being featured in TV shows such as E! Networks Keeping Up with the Kardashians, MTV’s The Real World, and The Oxygen Channel’s Best Ink among many others.  The Como Brothers have established themselves as singer-songwriters working with industry legends such as drummer Steve Jordan (John Mayer, Saturday Night Live band, Late Night with David Letterman), keyboardist Andy Burton (Little Stephen & the Disciples of Soul), Aaron Sterling (Taylor Swift), and many more.

We first discovered our love for music as young kids when we would hear our dad and uncles jam at family parties.  We wanted to be a part of that, and so we learned to play guitar, bass, drums, and sing.

There wasn’t any one moment in which I knew I wanted to play music for a living. It was more of a cluster of different moments that led me to that conclusion.  Some moments that stick out were hearing the Beatles’ version of Twist & Shout for the first time as a little kid in the back of my parents’ Plymouth Voyager, getting my first guitar and learning “Day Tripper”, playing my first show at a friend’s Sweet 16 when I was 15 years old, playing in a Beatles Tribute Band with my dad and Uncle Lawrence throughout high school, hearing John Mayer’s Continuum for the first time when I was 18, and writing/recording a load of original songs with my brother throughout the years.  All of those moments really stick out to me when I think of what made me want to do music for my life.

The first artists that pop into my head as paramount to our style would be as follows:

The Beatles, John Mayer, Taylor Swift, Ray Charles, Eminem, Ed Sheeran, Frank Sinatra, Simon & Garfunkel, Eric Clapton, 50 Cent, and Maroon 5.  I could name so many more, but I wouldn’t know where to stop.

We really put ourselves out there in terms of what we’re going through.  We want our music to be able to reach people who find themselves in similar situations or people who have gone through something that we sing about.  We’d love to work with John Mayer on a project.

He’s our biggest musical hero and influence.  He’s just the most versatile artist around in terms of playing, writing, and singing.  It would be a dream come true. We’d also love to record with Taylor Swift. She’s just an ace.  Songwriting genius.

We want the people to be able to hum back the melody of our songs the first time after they’ve heard it. We want to be catchy and fun, but deep and meaningful at the same time.  We hope that people can relate to our songs’ messages and say “I know what they’re saying.

I make a very good egg omelet.  I’m not just tooting my own horn. That’s my specialty.  I like to go crazy with the vegetables; peppers, tomatoes, onions, mushrooms, spinach, etc.

Throw some cheese in there, and make bacon or sausage on the side…you’ve got yourself a morning. I’m also a huge coffee guy. 4-5 cups a day. Not entirely sure if that much coffee is healthy or not. I also love baseball. I watch almost every Yankees games.

We want to have Number 1 hits and play Madison Square Garden. We want a long career and to play for as many people as possible. There is nothing like singing a song that means a lot to you and see that it means a lot to someone else as well.

A message to any new fans reading this:

Please come say hey on our social media sites, and subscribe to our YouTube.  We’d love to say hey and to see you at a someday day!  Your support of our music means everything to us.

We’d like to thank our mom, dad, sisters, friends, and family for their endless support of our dreams.  We wouldn’t be able to do this without you.