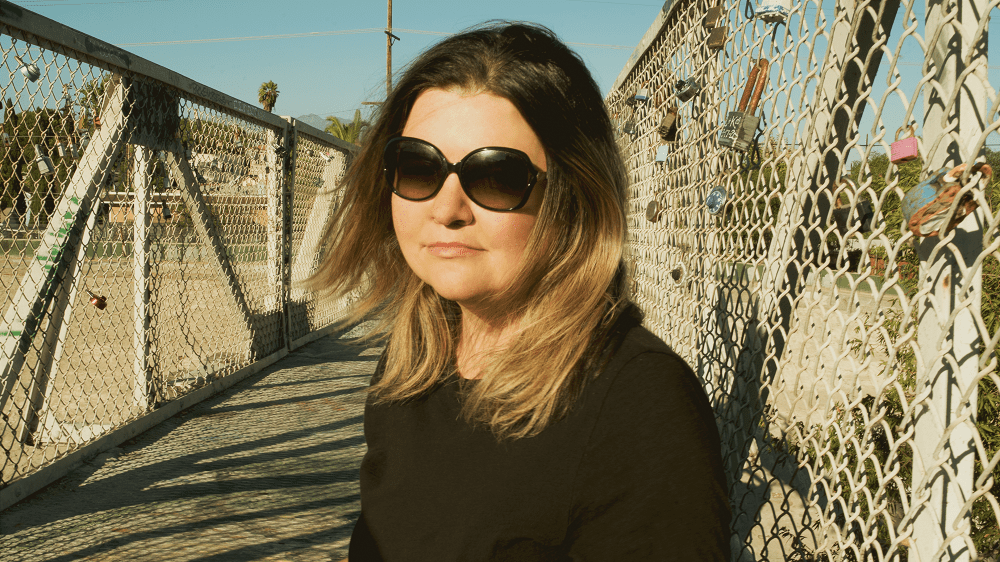 Soche is an emerging artist and producer born just outside of Toronto. During high school living in Dubai, she picked up her first Macbook, discovered Garageband, and took off on a passion for music that only grew stronger.

Influenced by a dual passion for beat making and the dance music heavy culture she grew up in, Soche’s sound captures raw, relatable lyricism in a hard hitting, atmospheric environment. Her vocals glide over self produced beats, drifting in and out of ranges high and low, making the most of each moment.

Now based in California, her EP “Loose Fiction” was just released, kicking off the start of a very promising career.

Music has always felt fluent to me. As a kid, I was always making up jingles. Even though I didn’t actively pursue music growing up, it felt like a full-circle moment when I got my hands on my first Macbook in high school. I discovered Garageband and I immediately fell in love.

I had recently moved across the world from Toronto to Dubai, UAE, and growing up in Dubai was opening my eyes to a whole new vibe. Going out to lounges, chilling at the beach was the lifestyle, you can definitely hear that influence in my music. I wrote “Secluded” in particular off that inspiration, I can see it popping off in the clubs in Dubai. I spent days and nights making beats, then eventually writing and recording to them. That was when the music started to assimilate into my identity, even though I was the only one who knew it for the time being.

I wouldn’t say there was a particular moment when I knew I wanted to pursue a career in music. As my musical taste and style developed, I was simultaneously becoming more interested in a career in film producing, (which I’m still doing). Even though film production governed my life during college in Toronto and California, I would always find myself going back to music. It gradually became more of vitality than a hobby. It was the outlet I used to channel my frustrations, accomplishments, and everything in between.

I began to test the waters professionally in 2017-2018, around the time production on Loose Fiction began. I took the first big leap in November 2018. As soon as I stepped into a professional studio, that was it. I knew this was where I was supposed to be.

Any time I create, I derive from reality. The more of a connection I can bridge between my sonic world and a real moment, that’s where my best work is created. I feel like that’s the case for every artist in some way. Everything on this project is loose fiction in the purest sense, it’s up to your interpretation on what is what.

I ultimately wanted to create a world that captured the hunger for a life destined for, crashing against a current reality so painfully distanced. This EP breaks that feeling down into moments, decades, and everything in between.

I am definitely a perfectionist. Every little detail has to play its part in bringing the big picture to life. I couldn’t release this until it was the best it could be. This delayed the project’s timeline months longer than I had originally anticipated. It was somewhat of a battle between ignoring my instincts and just going forward with a quick rollout, or holding out until everything was properly finessed, and ultimately, I chose the latter. I am aware that I’m coming in a little late to the game, but better late than never, right?

Throughout this process, I applied a great deal of patience, an attribute that can be painful, but necessary. Looking at it now, each additional month/year adds to the project’s value and the reason why it feels so complete. Having no deadline for your first project really is a luxury and a curse; a luxury in that you set your own pace, a curse in constant second-guessing if it’s finished. It was a journey for me to decide when to release it, and 10/30/20 just felt like the right fit, for personal reasons and in the current climate of music and beyond.

I’m fortunate that I’ve got TONS of music in my arsenal, we’re talking like hundreds of tracks, multiple EPs, and albums in the works. So I can play with how and when I release them, what I release first. Now it’s just a matter of when, not if, they come to light. So definitely expect more very soon. We’re only getting started.

And of course, the hub of it all: www.playsoche.com

It’s a little premature for me to speak on that, but what I can definitely tell you is if music is something you think about every day, something you always circle back to in good times and bad, then go for it. This is a craft that chooses you, really. If you know, you know.