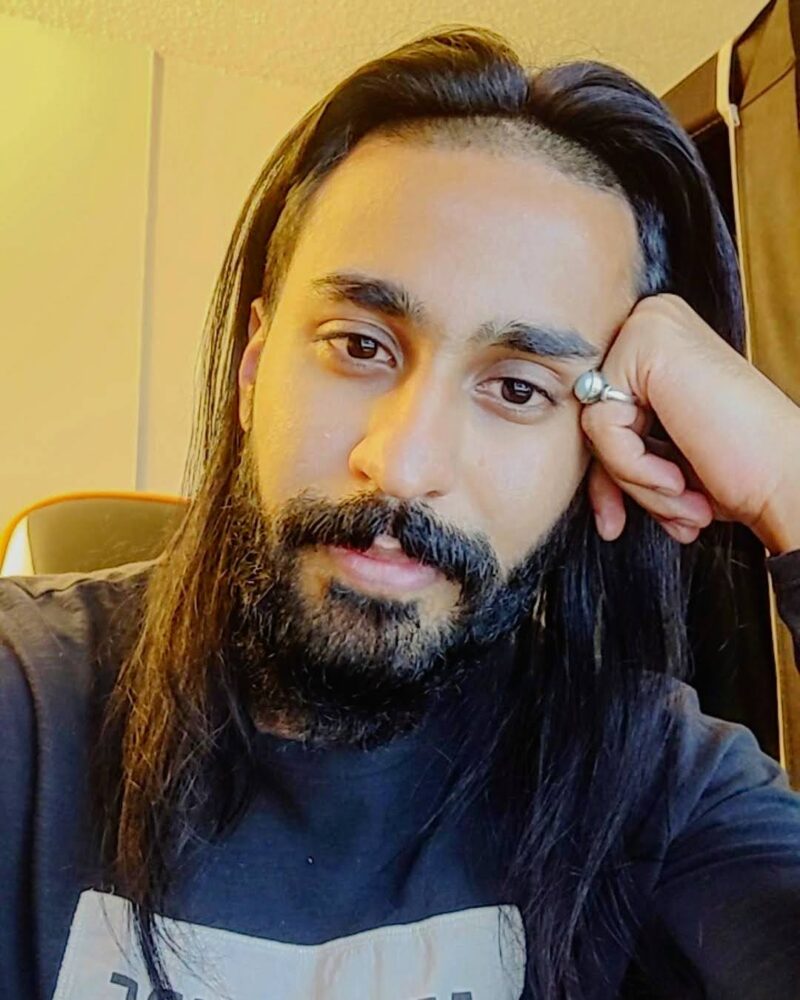 Shabam, originally from India, has lived in LA for the past 3 years where he has grown his passion for singing.  The pursuit to become a musician started when he realized he can write lyrics and sing beautifully. Growing up in a culture where it is expected to become a doctor, engineer, or lawyer, it was not accepted to follow a career such as music. Even though there was a lack of support from the community, his family was still behind home with the idea that nothing is more important than self-belief. He kept the drive to make his passion a success through relentless learning and experimenting with sound.

Shabam has designed his life to hold importance on balance.  He balances nourishing work, passion, and relationships as well as your drive and patience.  He finds that even within his busy work schedule, which involves his day job and then going to the studio to create music, he still prioritizes the nurture of the relationship with his loved ones.  This helps him find inspiration to write music and keep positivity growing in his life. Additionally, he balances the drive to succeed in music with the patience to understand that in time all the hard work will pay off. This helps keep his mind level-headed and humble with the hope that his music will send this message to his fans as well.  Through his balance amongst multiple areas in his life, he can have clarity in his path moving forward with grace.

Shabam is an independent artist with one major hit called “I Bow to you”.   This song has a soft tone with an acoustic guitar. He can harmonize in this hit through his ability to hit a wide variety of vocal ranges. His music is based around the message that it is important to be kind and love your family, friend, and neighbor. He wants to keep this message alive in the world as he finds it has been lost along the way for many people today.  Shabam is an artist that has a path to send hope and positivity amongst his fans, having growth for him and his fans in mind with every song he creates.