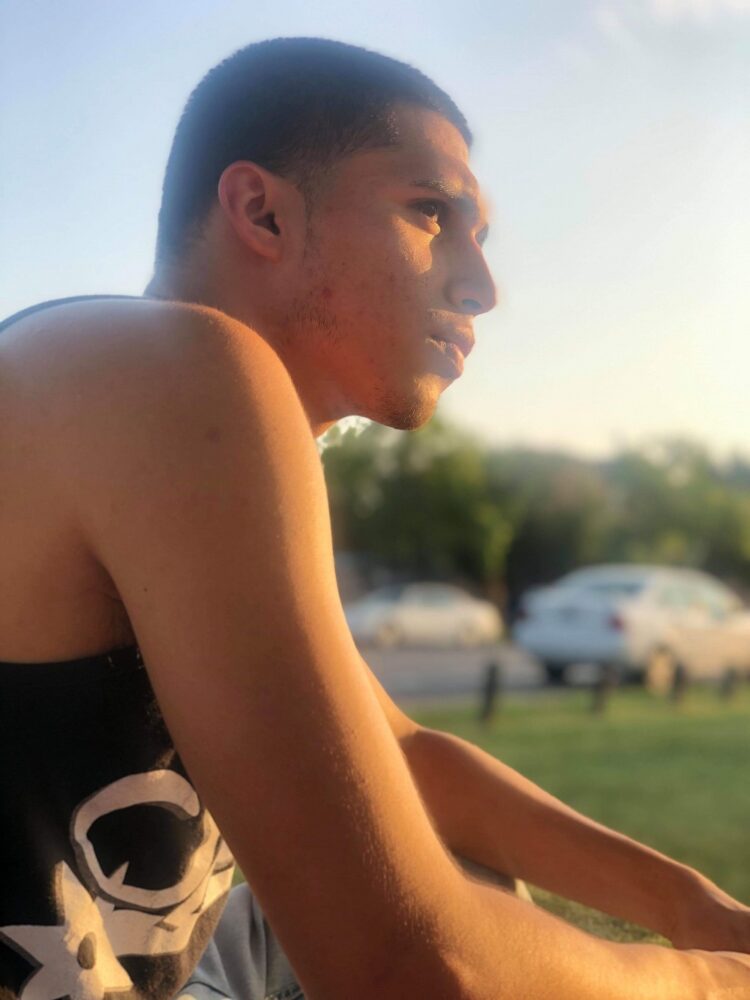 Those that endure through grief and hardships, oftentimes find their dreams manifest. Aspiring artist Rhythm’s, debut album “Beauty in The Struggle” proves just that.

Born and raised in San Antonio, Texas, the young kid, Freddie Moreno who found an interest in music at 12 is now an artist himself at age 26. He’s known to the hip-hop community and fans as Rhythm, for he’s able to rap and sing, whether on or offbeat and make art with his voice and impeccable lyrical abilities. From his discovery of his passion for writing rhymes in his childhood years, he has been manifesting his skills with time and practice. But when he suffered the devasting loss of his father at the age of 14, his music transcended. Rhythm found himself using music as an outlet, pouring his grief into deeper writing. The end result was the birth of a higher level of songwriting and freestyling.

After battling the pain of losing his father, he went on to graduate high school and enrolled in St. Phillips College where he pursued a career in Welding. He was making his path toward better furthering his education and spending time enjoying his love for hooping. But as time progressed, Rhythm couldn’t shake the fire for music burning within him, and in 2017 he lifted the lid and let the flames blaze. It was then that he made the decision to go wholeheartedly towards his dream of becoming a music artist. Safe to say upon hearing his sound and style, that he made the right choice, and that hip hop will embrace him with open arms.

With continued practice and dedication to his craft, Rhythm has developed a defined and even greater cadence in the booth. His music is expressive in nature, taking form from his feelings that lie deep within him. When the beat plays and his mind connect to the vibe, Rhythm channels his experiences and emotions like musical therapy that resonates with fans and music lovers. Music is his place to let it all out, to vent, and in turn, create masterpieces that the world can listen to and know his story and hopefully inspire theirs as well.

Rhythm has grown sonically and has done so at a pace beyond many artists. This can be granted to his level of focus and perseverance to attain his dreams and to the support system that is his driving force. Rhythm has always shown great admiration and love for the influence that his mom and stepdad have had on his life and career. Both are of strong mind and will, but while stubborn, play a vital role in who Rhythm has become and the inspiration that continues to push him higher in the music industry. All someone ever really needs is someone to believe in them, and Rhythm has two by his side.

Taking his career in strides, Rhythm released his first single “On My Way” in 2019, which created the buzz for the release of his debut album “Beauty in The Struggle” in 2020. Rhythm poured his all into the selections of the album. The 14-track project is like a fresh experience that takes the audience on his journey through pain and hardships to the light. It has something for everyone to listen and vibe to, from sadness, and love, all the way to enlightenment and deliverance.

Rhythm makes use of his ability to flow effortlessly, finding the right fit for each track that brings his rhymes to reality. “Beauty in The Struggle” is a work of greatness from an artist that is destined to be great. If this project is anything like what lies ahead for Rhythm, then his future is all but certain to know success. The lyrics, the wordplay, the melodies, the production; his debut full-length project has set the bar high for the path ahead of him.

Rhythm has taken all that life has thrown his way and used it as motivation to become his higher self. Support his musical career and stream his catalog and debut album “Beauty in The Struggle.” It will be sure to inspire the potential within you and make you an instant fan of the San Antonio artist.

I call myself Rhythm because no matter what beat I hear, I am able to rap or sing on them because the Rhythm in me comes naturally.

I discovered my love for music when I was 13 and started writing music at that age. throughout my high school years, I always would rap, write, and freestyle to beats but it wasn’t till 2017 when I started to pursue a career in the music industry. what made me realize this was when I and my high school sweet heart aka baby mama broke up after living together 4 years prior.

Eminem and drake because I fast rap but also I sing and rap mixed up. I combine them as much as possible with every song I try to have a little of both.

I came up with the concept because I was living it, I was going thru all kinds of issues, from mentally to emotionally and spiritually.

some of my greatest challenges would be growing up without my father I lost him at age 14 he was only 41 when he passed away due to cirrhosis of the liver. Not having him was definitely one of the biggest challenges in my life, becoming a man and learning to be a good man on my own wasn’t as easy as it sounds. I think my best attribute when it comes to my work ethic is my determination and willpower to get thru anything and everything whatever it is or takes, I won’t give up.

I believe I can be the best but not necessarily am the best currently, I believe I haven’t reached my full potential yet.

So much planned for the near future including an album with no features and also another full album produced by Ke on the track.

I like to thank my mom for always believing in me and also my friends I work with for being by my side, but most importantly I’d like to thank God for blessing me because without him there is no me.