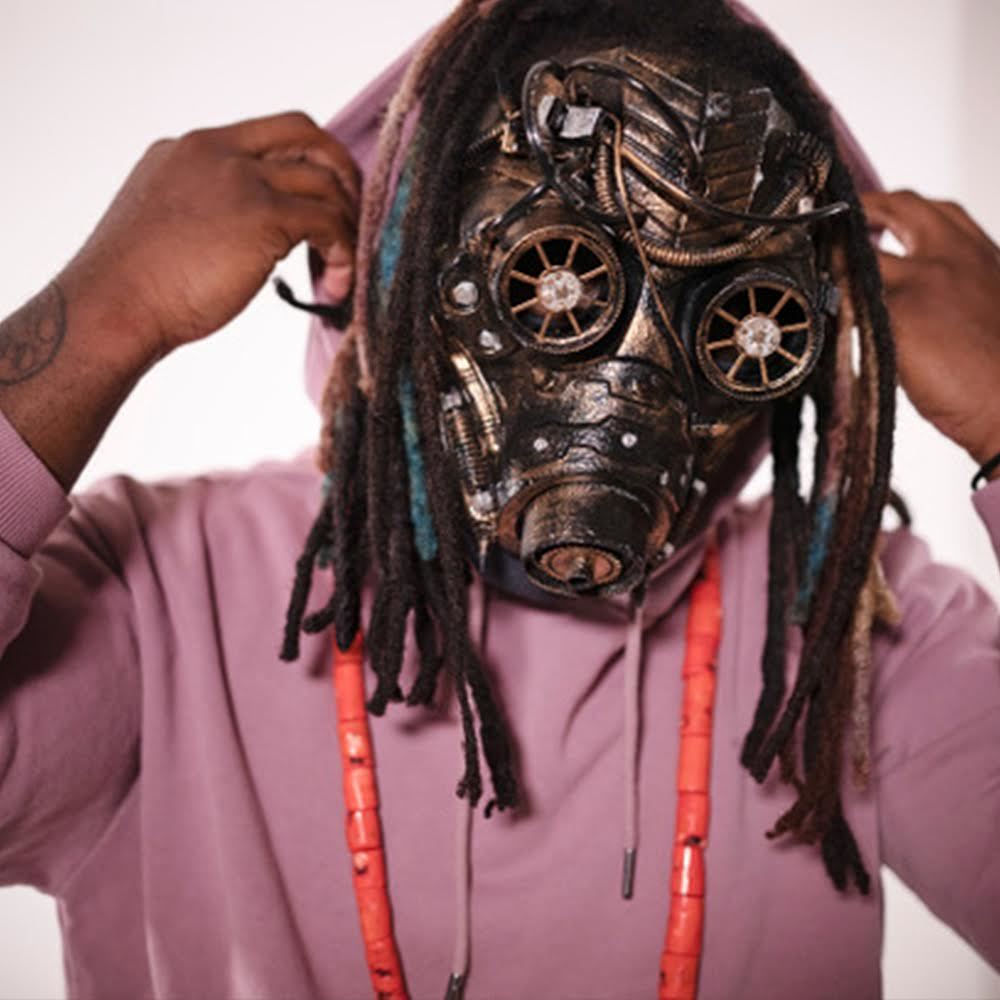 The masked record producer famously known as Weku Did That is normally recognized by his alternative style of R&B production. With an instrumental album titled “The Case for R&B” released earlier this year that currently has over 30k streams and counting, we can only assume that it has been well received as an instrumental album.

However, it is the self-coined genre of “Trap Rock” that seems to be drawing even more attention the record producer. Weku Did That is known for smooth keys and chord progressions with poppy bass lines and melodic guitar riffs, but with his most recent Instrumental album release titled “Trap Rock” we heard something completely different. We hear 808 Drums in catchy patterns with melodic electric guitars. Weku Did That has over 10 years of production experience and carries music production and film credits with some pretty big brands in the industry. Companies like Sprite, B.E.T. VANS, Nickelodeon and many more have all given Weku the opportunity to express his creative direction in their major projects. This has allowed the masked producer to gain extreme amounts of experience in several areas of the music and film industry, making him an extreme asset to any production.

As the front runner of a budding genre of music we wanted to know what actually led him into a realm of music that anyone would normally consider out of the ordinary for him and he responded with, “I am completely familiar with rock music or alternative music. I actually grew up on listening to mixture of Maroon 5, and Incubus, and then I would reach back further and listen to KISS and Aerosmith. I love the freedom in Rock and Roll, but I am Nigerian, and that music was not always welcome in the home, lol”.Delving a little farther in the Nigerian born talents background we find out that he took the time to study music theory stating, “If you learn the theory behind music, your music just sounds different. I’m a person that likes to obey the vibe I feel when I’m in the studio and early on I found out that sometimes when you don’t know exactly how to put out what you feel in your heart, you end up running circles in a studio session. Learning music theory really amped up my output”.

Weku Did That is making a very big footprint in the realm that is Punk/Alternative music and being the front runner producer in this genre will open up new doors for him to expand his brand even the more.

Follow Weku did that on all social media platforms below:

Continue Reading
You may also like...
Related Topics:artist, Music, Producer, Weku Did That