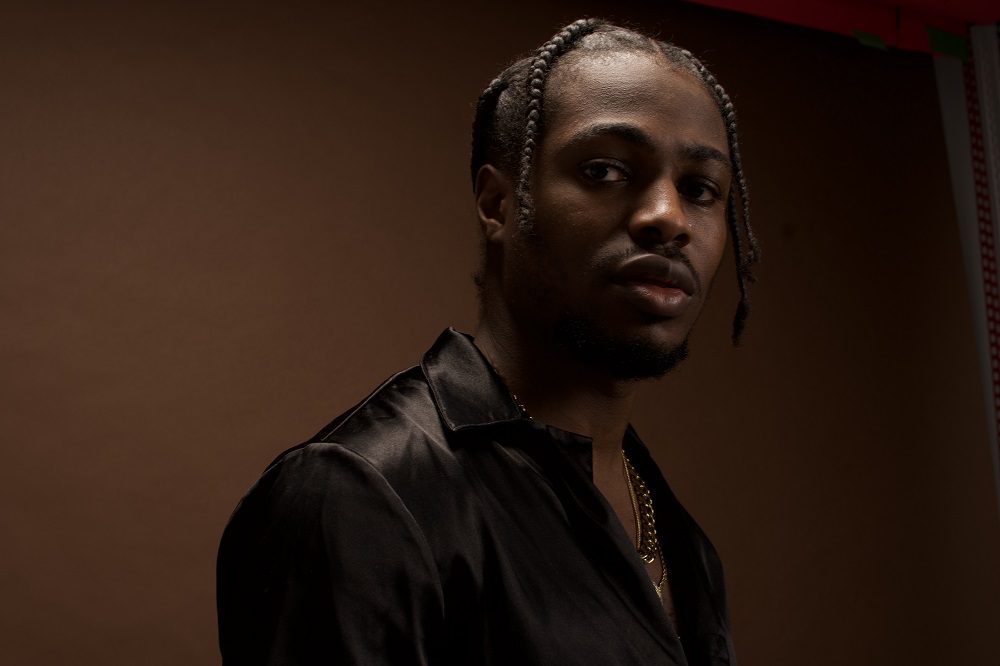 Prospect Mundo is an R&B artist hailing from Toronto and is also part of the art collective known as HNTRS Club. Drawing inspiration from legendary R&B and Hip Hop artists alike, Prospect has released a steady stream of singles since 2019.

His latest track, “Lost & Found”, was released in mid-February of 2021 and is a laid-back track that encapsulates the feeling of those nights spent in a club vibing with someone you just met. Today we speak with Prospect about his inspirations, the Toronto music scene, what we can expect from him coming up, and more.

I’ve always been writing, creating sounds in my head, and humming melodies to instrumentals on Youtube, but I would say for the past 4 years I’ve taken it more seriously and actually released my own songs.

Who are some of your biggest influences?

I would say Usher is my biggest influence, in my opinion, he’s the last king of R&B, got a body of work that is just undeniable, and has fans across any gender and age, and exactly how you should be on stage. On the opposite side, Biggie Smalls is someone who has also influenced me, his delivery and cadence is something that stands out no matter what beat he’s on, that’s something I strive for.

What was your inspiration for this track in particular?

On this track, I wanted anyone who heard it to get a feel for the lifestyle, being downtown Toronto at the club meeting someone that captures your interest and not wanting the party to end. It’s a true story that I ended up putting in music.

You sing in Spanish on this track, is that something that you do often? Do you speak Spanish fluently?

My grandfather, who passed away a while ago was Cuban, he spoke Spanish anytime I was around him and was teaching me the language and the culture, but I never took it seriously until I started making music, I wanted to pay homage to my roots when creating my legacy so I’m slowly learning it again but definitely a student at this point.

This song has been in the works for over 3 years now. Were there points during that 3 years where you felt like this track might never come out? How did it change from the first time you laid it down or put pen to paper to what we have now as the final version?

We wanted this record to really be felt by the listener, and when I originally wrote and recorded the reference we got some positive feedback at a few listening parties and when I performed it live so it was all about the timing at that point, cause I knew it would be out eventually. With the pandemic, the downtown/party scene that a lot of us are familiar with has been fully shut down so a record like this, which was built after a party, just felt like a good reminder.

A lot of your productions are super wavy, laid back, groove tracks, and you often have a very mellow way of hopping on a beat. Would you say that’s reflective of your personality in general? Or is that something that is more emphasized in your music than in your personal life?

I’d say I’m more of an outgoing person, my catalog may evoke a more laid-back personality but that’s a calculated move to introduce anyone who’s following my journey to my voice and cadence. As well most of the music that has been released was written years prior to its release date so with the music coming out in the future I’m looking to expand my flows/delivery a bit more.

Some artists love to be in the studio with a grip of other people, some like to work by themselves in their own space. What is the most conducive environment for you to make music in?

It’s a process when I create, when writing I’m usually in my own space just staying focused on the topic and what I’m trying to speak on, and when I get to the studio it’s usually my team and I going back and forth on the reference and making sure what I’m creating makes sense. I like to get as many people hearing my records before they come out, this may change in the future but it’s a process that works for me.

What does the typical songwriting process look like for you? Do you like to have a beat to write to first? Or do you come up with a melody/lyrics first and find something that matches that vibe? Does it change up every time?

The songwriting process is something that changes constantly for me but it usually starts with a beat/reference that I like and then writing out the lyrics, the melodies and hooks come in the studio once I have the actual beat. From that point, I know what the vibe is for the record and everything starts to align.

As I mentioned before, a lot of the beats/tracks that you’re on have a very smooth quality to them. Are there producers that you work with over and over again or do you like to switch up?

From my current discography I’ve worked with 1 main producer, shout out Iiimpala, he’s someone that I’ve been working with since before I even had a team and helped get that start to my current sound. I’ve got some records with Tony Parker in the tuck that’s coming out this year, and he’s someone that’s responsible for a lot of what you hear coming out of Toronto today in the hip hop scene specifically. But I’m always looking to work with someone new and create that vibe/mood.

You’re a part of a group of artists called HNTRS Club, tell us a little more about that. When did you link up with them? What it’s like to be a part of something like that?

The HNTRS Club is a collective, made up of artists, designers, and creatives looking to usher in a new wave coming out of Toronto. Most of us started as friends who navigated in the same space and had mutual interests so when we came together to formalize something it became clear what the next steps were. All the greats got a team, and I think we are one of the best, we’re just looking to take Toronto to another level and the talent on the roster is crazy so it feels special to be a part of this movement.

Toronto has been having something of a moment for a while now with the popularity of Drake and the Weeknd as well as others in the hip hop community exploding on the international scene. People are starting to notice the deep talent pool of The Six. What’s it like to be a part of a scene that’s on the come up? Is there a sense of camaraderie with other Toronto artists or more of a rivalry?

Toronto’s music scene is so diverse, the big names that we all know put off that spotlight on us, and the talent have been emerging ever since so it comes with a sense of pride to have that reputation globally to live up to. There’s definitely comradery if you’re looking for it, and rivalry as well but as it’s been stated we’re still young blood when it comes to the global music industry so issues are bound to happen.

Thanks for taking the time to answer our questions! Anything you got coming down the pipe that you want to let people know about?

I appreciate the interview, and we have a lot on the way, the music video for Lost & Found is coming out this month and I’m excited to premiere it, more music releasing sooner rather than later, and dropping some merch along with some youtube content for my day 1 supporters. Be on the lookout cause everything is turned up in 2021.