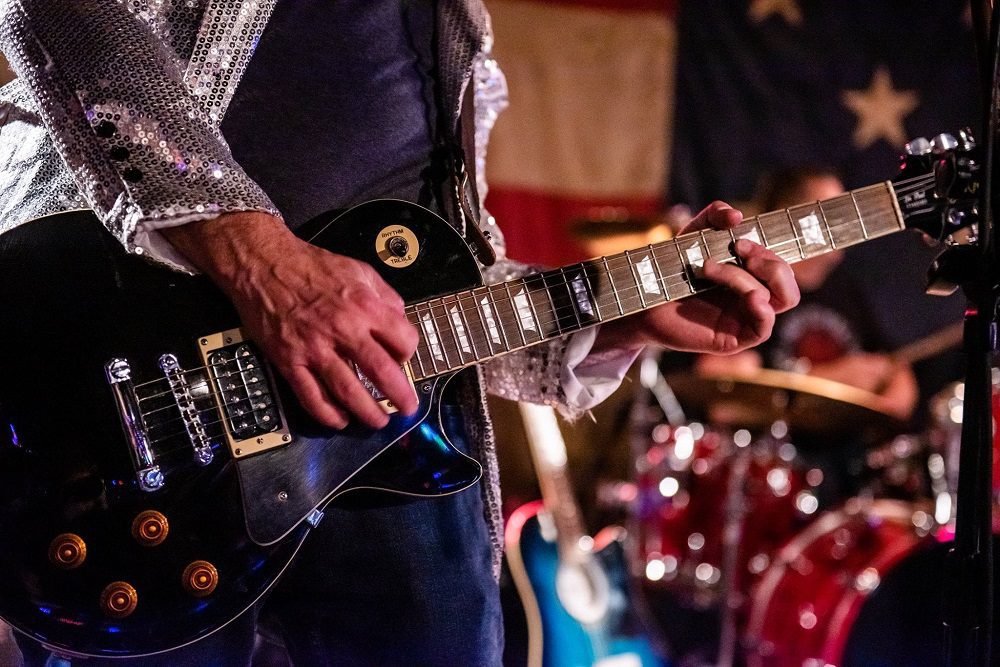 Even during unprecedented times, 2020 was a very busy year for producer/guitarist/recording artist Ben Trexel.  During the year Trexel produced 3 songs for Far From Final, including the hard-hitting “Head Down In The Hall.”  Trexel’s own band, Space of a Day released 5 singles including “Mendocino Punch” and the soon to be released “Burn It Down.”

New collaborations with victor Weils, Madison Avry, and bald Man were also among the highlights of 2020 for Trexel.  With the release of his cover of David Essix’s “Rock On” and his new original song “Head Down”, Trexel has now added solo artist to his resume.  Ben Trexel plans to release 4-6 songs in 2020, a few with guest singers.

Trexel adds “I’m lucky I get to work with so many artists because I tend to write a lot of music and there is no way to fit it all in under one brand.  The solo project gives me another outlet to create and put out songs that are personal to me.”

We had a chance to catch up with Trexel in early February to talk about his plans for 2021.

RR: So, tell us about how “Head Down” came about?

BT:  I was writing songs for Bald Man last Summer during the height of the lockdown and it was a riff that I just came up with and thought it maybe had a special vibe.  Almost immediately, the phrase, “keep your head down” came to me on top of the chords.

It wasn’t a conscious thing at all.  Then I realized, that’s what we are all trying to do.  Keep busy, wait out the virus, be imperceptible, in effect, keep our head down.  So I wrote a song that addressed that.  And I thought I should put it out myself and create an outlet for a certain subset of my writing and composing.  The last work I put out under my own name was 2004’s Deep In The Mix, my third and last instrumental guitar album.

RR:  So you decided not to do any more instrumental albums?

BT:  Of course I got into the instrumental guitar with the advent of Satriani, Vai, and Eric Johnson.  I was never as good as those guys but I had some fun and learned making those albums.  I realized that I would never reach a broad audience with songs with no vocals and honestly, I just started liking songs better than someone playing a lot of technical parts. I wanted to branch out into producing other artists with varying styles.  Most of my songs now have very short guitar solos and some none at all.  I mentioned to my bandmates that a few of my solos are reminiscent of Elliot Easton from the Cars.  Very short, melodic, to the point, but with some flourish as well.

RR:  Tell us about who you spend the most time playing with.

BT:  My main band is Space of a Day, which I co-formed in 2017 with singer Autumn Yatabe and drummer Daniel Coyle.  We have released 16 singles over that period of time and played a good deal of shows in 2019.  2020 has been a washout for shows but we are hopeful for 2021.

I co-wrote 15 songs with Bald Man over a two year period which were produced and mixed by Chris Lord-Alge.  Many of those songs are yet to be released but should come out in 2021.  I also work closely with a Birmingham based rock band Far From Final.  I have produced 15 songs for them over the past three years.  I started working with singer-songwriter Victor Weils this year and we are about to release our 5th collaboration.

RR: What is on the horizon for 2021?  I hope to release a few more Space of Day songs and get back to playing live. I would like to continue to create for my solo project as well and continue to collaborate with as many artists as I can fit in my schedule.  One of my collaborators, Daniel Coyle, and I completed our first film soundtrack over the past year and hope to find another one of those projects as well.   My production slate is a little less busy this year so now would be a good time to get in touch if anyone out there would like to work on a song, album, mix, or just a demo.  For more information on my services and all of my artists, visit my website, bentrexelmusic.com.