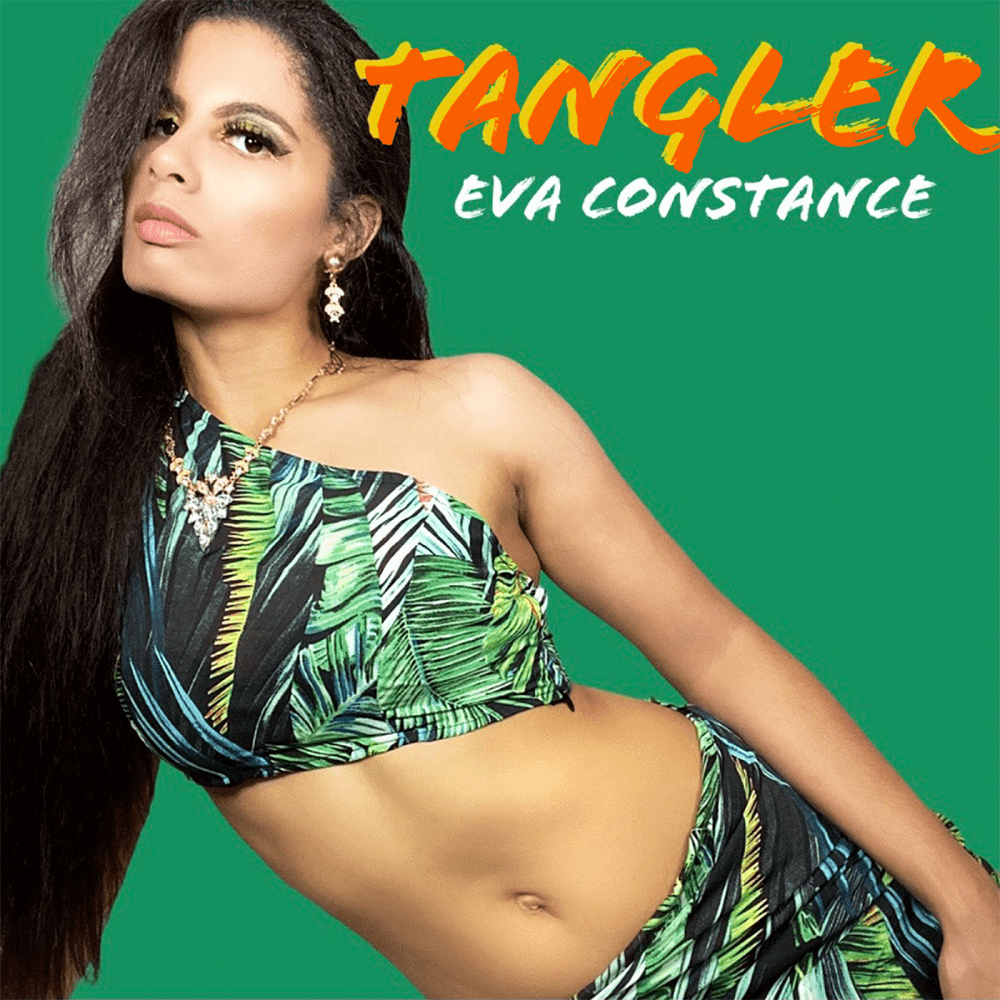 I wanted something that was unique, easy on the lips, easy to remember, and had a deep meaning. Eva means living and Constance means life so together it means living life.

I released I wanted to be an entertainer when I was 6 or 7 years old. I always believed that I was someone who had something special to share with the world. My grandmother put me in the choir when I was about 6 or 7 years old and during that time I actually hated it.

I did not comprehend it. As I got older though, I grew towards it and by age 12 I wrote my first song, which I still have to this day. I have about 500 songs written but most of them I will never record. I just wrote to them to put my emotion on paper.

I wanted a unique pop sound. I have never been able to write to pop instrumental and it is a successful song until now. I have always dreamed to have a pop single and I finally achieved it with “Tangler”.

I received the instrumental and automatically fell in love with it. It had this international vibe that made me feel like I was In Nigeria somewhere. I felt the energy and it just became easy to write to. I wrote and composed “Tangler” so this is a step up for me in the creativity spectrum.

I played around with harmonies and arrangements that did not show in my previous single “Selfish”. The story also came from the sound of the instrumental. Since I felt like I was on an island and/or tropical location, I had the idea of that for my lyrics.

I also thought about being tangled up with someone you know you shouldn’t be. You know it’s wrong, but you don’t really care because you’re so into that person.

“tangler” was my last project and I am proud of that but I will continue to move forward to the future and keep putting out new music. I have a few singles coming to May-august of this year called “All Mine”, “Forget Me”, and “Slow Motion”.

I cannot wait for these singles to be released. I feel like one of them will be a summer hit but I won’t say which one. You will love them. I will be starting film production for “Tangler” next week so I can’t wait to share some behind the scenes footage and looks.

I have completely gone a different direction for their video versus the “Selfish” video so look for color pops, sparkle, and hot tropical vibes.

yes! I’d love to thank my instrumentalist, my engineer, and my vocal coach for their contributions to getting me to be the best I can be and guiding me in the right direction.

I also would like to thank the fans (Riders) and people who are rooting and supporting me. Without them, I wouldn’t be going where I am going. I am so excited for the future as my RiderNation grows!

#RiderNation can find me on Youtube under EvaConstanceVEVO, Twitter OfficalEvaC, and everywhere else on social media under EvaConstanceMusic. I truly appreciate every last one of you who support me. It really means a lot and you guys are the pillars that keep me above everything. #LetsRide