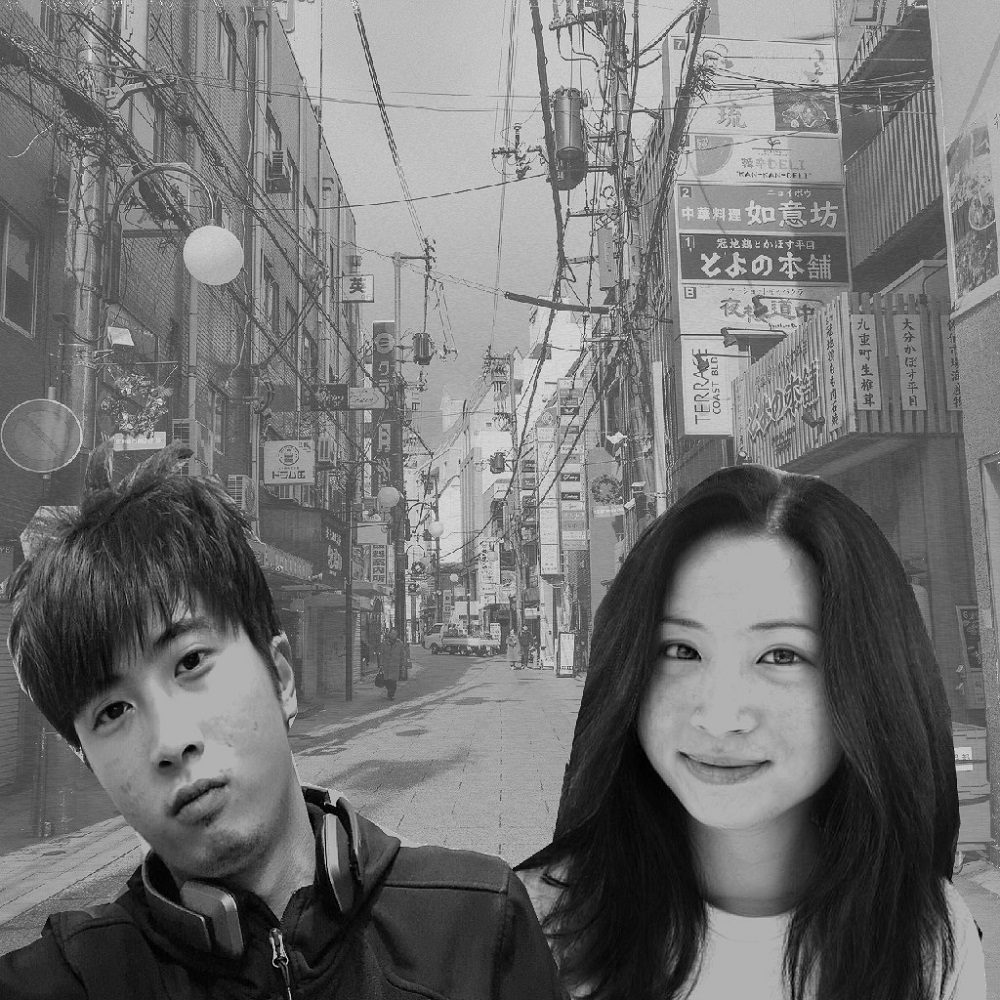 I started playing guitar when I was 13 years old. My cousin from Hong Kong by the name of Andy was living with me one Summer to study abroad at a community college. He was playing my brother’s old guitar and amp left sitting gathering dust in the bedroom. That’s when I decided, that’s what I wanted to do! So, my mother Winnie (God rest her soul) sent me to formal musical training and all that.

I took piano lessons, and maybe a few guitar workshops. Gradually, I practiced my butt off over the years and eventually developed my own sound. When I was a freshman at Wallenberg High School in San Francisco in the year 2001, I met my schoolmates Eddie and Tommy and we started a garage band together under a bunch of temporary band names!

Eventually when I was 22 around let’s say, maybe 2007-08, that high school band evolved into Patrick Lew Band (PLB). It really had no initial meaning. I was in the studio booking recording time locally and went off to grab me a Boba milk tea, and I wrote a MySpace blog letting everyone know, the band name change and shit. Lol. Little did I know, the band name PLB (Patrick Lew Band) stuck!

Over the years, I became my own entrepreneur and learned the music business and home recording side of things, and the band PLB took off from there! Even if it took some time.

I always was a fan of rock and roll and metal music growing up as a kid in the 90’s. It was literally, an escape from the tumultuous moments I’ve had to deal with growing up. You see, I lost my grandfather at an early age, and coping with it was very tough. My relationships with people outside in the real world weren’t that great either at the time.

I used rock music, WWE, video games, and cable TV programming as a way to escape the problems I was dealing with early on in life. When I started doing music and trying to pursue a career in it in Patrick Lew Band in 2001 at age 16, I didn’t initially think I would be still doing it a few years after I started PLB. Neither did everyone else around me.

It was simply a passion at the time. Little did I know, I fell in love with creating my own music and playing guitar and singing in that band, I really enjoyed making bangers and potential viral hits in PLB, putting it out there online and where I live. That’s why I pretty much kept at it going into 2021! I just was very driven, determined, passionate, and had the strong will to keep doing Patrick Lew Band.

Well, PLB was mostly influenced by what we grew up with musically. From our childhoods in the late 80’s and throughout the 90’s. Bands like Nirvana, Guns N Roses, Metallica, Green Day, Oasis, and many more! I and my fictional sister Madeline Lew in the band are also Sino-Japanese (Han Chinese & Japanese) mixed descent, so we grew up being raised by parents on both the Hong Kong and Japanese culture at home as kids.

So we kept an ear to the popular music and culture of Japan, Hong Kong, and Taiwan growing up. A lot of our other influences came from rock and roll from our parent’s generation (Boomers) such as The Beatles, The Rolling Stones, The Kinks, Led Zeppelin, and Hendrix. We used to have the records on Vinyl at home back in the day! Keep in mind, before we listened to music digitally on our phones through Spotify, we consumed physical media when it came to music! We had a lot of that growing up for sure.

So, when I became a semi-pro musician at age 16 during the early 2000s, I was still learning the ropes of the creative and business side of things musically. As I got older and the technology became more accessible, I figured the only way to keep getting better and experimenting with new ideas is we had to do it through computers. And at the time, we didn’t know how to adapt just yet! But we did though for sure!

Electronics play a large role in our music, just to make it sound professionally mixed and crafted. There’s still a lot of guitars in our music too. Once the digital age got more sophisticated and the tech got more advanced, the music got better too. Like James Iha from Smashing Pumpkins once said, “The future is in electronic music.” Sounds pretty relevant for the year 2020 where most of the Top 40 is based on electronic instruments and shit. Lol. But we still got the rock in PLB.

PLB had gone through many changes since day one. We’ve went through a lot of lineup changes, band drama and personal hardships as well before we made it to the present day. Currently, the band consists of me and my fictional younger sister Madeline Lew (cross-dressing alter-ego/sister in fiction). We just came back to doing

PLB on St. Patrick’s Day 2020 during the first COVID-19 lockdown because we didn’t want to be bored and have nothing to do! As proud and woke Asian-Americans, the music is sometimes sung in the Japanese language (a shout-out to our Sino-Japanese lineage) and we do the live stream shows at our rehearsal space in San Francisco. Most of our numbers are getting better this year for sure on social-media! We still got haters and phony Facebook friends adding us and commenting on our posts, but the food always outweighs the bad for sure.

Aside from PLB, I also played and branched out to other bands locally as well: Benigneglect and Crazy Loser in a Box! The whole concept of PLB is to do you, be you, and keep at it and putting fresh online content out there!

The greatest challenges definitely were the haters and fake Facebook and social media friends/followers at the time. It kind of hindered our ability to be productive and keep at it at times in the past. But I feel we’ve certainly paid our dues in the music scene today.

Our greatest success didn’t happen in a mainstream sense, but by 2016, that’s when things started falling into place for PLB. Like we got our CDs sold at Amoeba Records in SF, we began playing live more and more attention was directed towards Patrick Lew Band at that time. The belated success of PLB at age 30 also enabled me to branch out and play with other local musicians and bands too.

PLB initially ended by the end of 2017 after my mom died, but we made one of the biggest comebacks this year. We’ve got certified and have these bragging rights and all. Now we’ve gone from the most misunderstood and maligned local Sino-Japanese punk band online to suddenly, being on top of our game. And that’s always a great thing indeed. Lmao.

I think so. Need I say more? There will never be another Asian man like Patrick Lew someday. Lol. And I intend to leave my mark eternally in music and across the world!

I like to keep doing Patrick Lew Band for the long run. Doing what I love to do. And continue playing guitar and producing music for other bands as well. I want to keep doing my passion and being true to myself and be the most real and illest Sino-Japanese punk rock band of all time. Ya heard me? Lol. But yeah.

I like to thank everyone who has supported PLB past, present, and future for the past 20 years! And all the friends on Facebook, every local band I’ve ever networked with and befriended. Every person in my life matters most to me. You guys know who you are!

I also want to thank my sister Madeline, my mom, my cousin Andy and my family for creating the band, the myth, and the freak show known as PLB! And of course, gotta give a shout-out to all the cool cats worldwide who have supported and invested their time, energy, and money into PLB since day one too. You guys rock! Thanks, peeps.

You can always Google or Bing search “Patrick Lew Band” since we’re not that hard to find online. But I’m gonna hand out some essential links!

Find out more and listen to Patrick Lew Band:

If you love Visual Kei, J-Rock, K-Pop and Nirvana. Check our my band PLB!