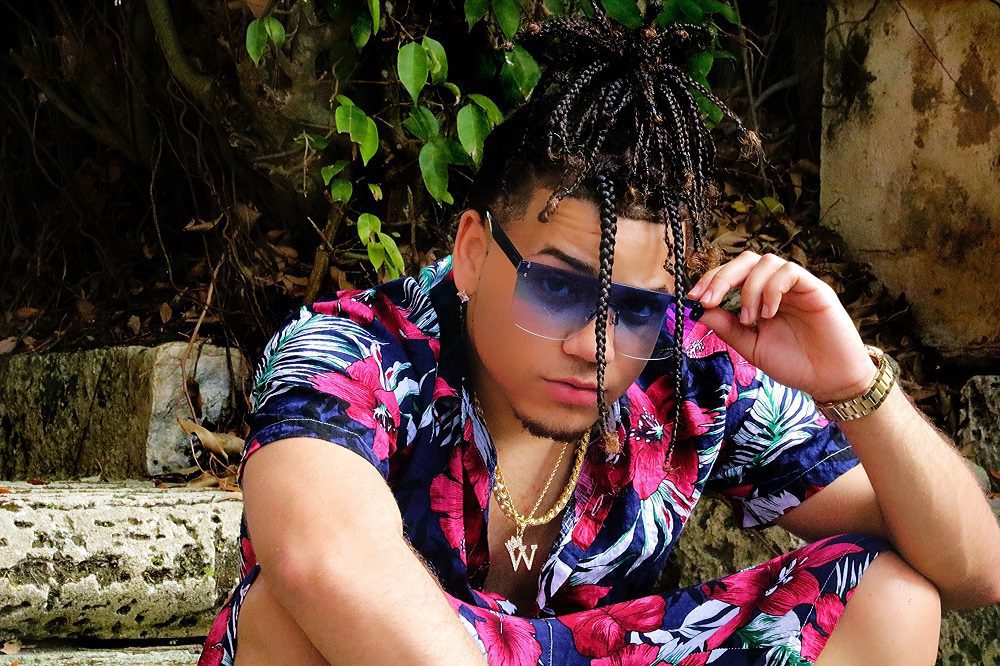 You might have never heard his name before, but that will rapidly change!! Remember the name, you will continue to hear it in the years to come. Baby Justin’s first original single entitled Tranki45, will be released March 26th by Smúsica.

Tranki45 is a high-energy, Dembow inspired Smash hit guaranteed to raise pulses. After putting in months of hard work in the middle of this pandemic, Baby Justin is ready to just chill and have fun and Tranki45 shows you how he does just that. The 118 bpm song grabs your attention and will make your body move. The preview on TikTok did just that, with over 500K views and more than 200 videos recorded to the preview.

Of course, the music video needed to match the high energy of the song. It had to show off Baby Justin’s Dominican roots. Smúsica spared no expense and decided to shoot the video to Tranki45 in the Dominican Republic, Atlanta & Miami. Tranki45 is just the first of many releases this year.

Baby Justin’s label Smúsica taught him about the powers of social media. He understood right away that in the middle of a pandemic, this was the best way to grow his fanbase. Baby Justin and Smúsica worked hard to raise his Instagram presence from 163 followers to over 20k within a few months and he amassed 50k plus followers within a few weeks on TikTok. The rapidly growing fanbase makes it clear that they can’t wait, to hear the music. And here we are, with the worldwide release of Tranki45 happening on March 26th.

More info on Baby Justin Carlos Sanchez aka “Baby Justin”, is 19 yr old rising international recording superstar. He was born in Los Alcarrizos, Santo Domingo, Dominican Republic, where he lived with his family until the age of 14. Baby Justin grew up with a strong passion for horses. His father was a very popular horse trainer who had the responsibility of maintaining top-earning Thoroughbred Horses throughout the Dominican Republic.

Baby Justin actually had big dreams of becoming a famous Jockey, but that dream was prematurely torn apart when his parents made the decision that would change the course of his life forever, that was the decision to separate. Baby Justin and his mother ended up relocating to the United States, where he found it very difficult to conform to the strict guidelines of his new school. This unrest eventually led Carlos to follow a different set of rules, the rules of the streets.

This new life would eventually catch up and land him in prison for over two years. With nothing but time to reflect on his life choices, he began digging deeper into another passion he never gave much attention to, Music. As Carlos reflected on his life, he was actually very inspired by his cultural background. He was raised listening to Spanish music. Bachata, Merengue, Dembow, Reggaeton, had all been brought back to the forefront. He also realized a deep love for Afrobeat and Hip-hop. After being released from prison, Carlos would start writing songs to all these different genres in his native tongue, Spanish.

Carlos had now set his focus on his music career. He started recording and collaborating with local artists and DJs. He used money made from his job assembling office furniture to pay for studio sessions. One of those sessions actually contributed to his artist name in a major way. It was a recording engineer that noticed Carlos when he was singing behind the microphone actually resembled a very popular entertainer in his earlier years.

The entertainer the engineer was referring to was Justin Bieber. The engineer called Carlos “Baby Justin” in a teasing manner. Everyone in the studio started laughing. It was then Carlos realized the reaction of everyone to this comment. It was bold, it was positive and last but not least, it was powerful. So of course, he took the comparison as a compliment. “Baby Justin” would become his artist name.

Baby Justin continued working hard towards being, not just an artist, but in becoming a “Superstar”. After trying to build with what he thought was a team, he noticed the other team players were lazy, unmotivated, and unwilling to grow. He needed some help to get to the next level of his music career, and that wasn’t going to happen in the circle of people, he was hanging around.

A few months later, Baby Justin was introduced to a very successful music producer. The producer invited Baby Justin to start recording higher quality songs, by giving him access to a world-class recording studio along with the video equipment needed to start making content. Baby Justin started recording new songs right away. He was eager to take advantage of this new opportunity.

Baby Justin learned how to record himself in order to keep up the fast pace he had set for himself. This allowed him to become self-sufficient and take full advantage of the opportunities given to him. At this time, he met up with the Latin music label Smúsica. The Smúsica team knew, that with hard work and dedication, Baby Justin would achieve his goals and dreams and signed him to the label, one week after meeting Baby Justin.

I definitely like to Stand Out in whatever I do. So I would say my style is my sense of independents.

This is my first project, so I worked closely with Smúsica to craft my style as a New Artist.

The greatest challenge was learning the overall process it takes to be an Artist. It is not what most people think it is. I never knew how much work it really takes. I believe my greatest attribute is to never settle for a Plan B. My Plan B is to enforce my Plan A.

I believe I am becoming one of the best at adapting to change. This is what truly allows me to grow as an Artist.

Multiple music releases and creative content releases on all platforms.

I Thank God! I’d like to thank my mom who has always supported my dreams. I like to thank my Smúsica Team for believing and investing in me when others wouldn’t. I thank all my supporters and fans. Last but not least, I like the thank you, my haters, for motivating me to go harder.

Learn the Process. Be prepared to work harder than you ever have before. Be prepared for your friends to drop off like flies….lol. Realize that if you knew everything it took to be successful you would already be successful, so be humble and learn. Know that when you drop music, you have to make sure people are there to catch it, otherwise, you are just dropping the ball.