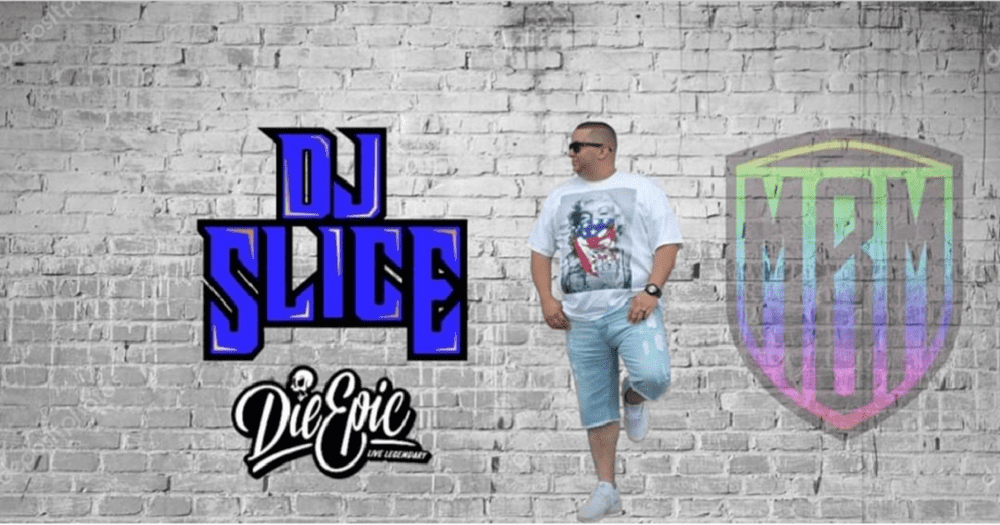 The magic of music is eternal, a bunch of cords and tunes can preserve the life of an artist incessantly and conserve in the memories of human beings; as long as ears can hear and brains can bear. Besides being an artistic motivation, music can help us get through the most tedious errands and enliven the mood. The sleek melodies make us transcend to some unknown dimension, a graphic galaxy, spiraling like a kaleidoscope, manifesting vivid and enigmatic formations and figures.

Your favorite piece gets etched in your memory and you carry it to your grave. Such had been contemplated by the young Chris Rodriguez, a.k.a, DJ Slice, the Philadelphian DJ born in Camden, New Jersey, later on moving to Wildwood, New Jersey, spent his days listening to Freestyle, Hip-Hop, and R&B and enjoyed the mixes of DJ AM, DJ Jay-Ski, and DJ Touchstone.

“When I perform, my music takes me to a place where I can be myself, without judgment and fear. I am never afraid to break the boundaries and I love creating mixes by melding different genres together. When I play music, I get to see how the audience appreciates my talents. Music sets people free, and I am overcome with joy knowing that my life has a purpose by enriching the lives of others.”

His odyssey started back in Wildwood circa 2000 and progressed gradually with collaborations with DJ Master J and M&J Entertainment and performing at private parties and nightclubs. His journey was pretty bumpy but his eyes never stopped dreaming. Bob Maschio of Coastal Broadcasting System once offered him a position as a board operator and it was just the start.

Even though the job was not close to his heart, he stood, took a deep breath, and held himself together. Slice strengthened his career base by moving to Philadelphia and by the divine’s grace, he met DJ TYC of Entertainment Unlimited, which paved the passageway to his stardom.

Pride never devoured his humbleness. Always wanting to contribute his potential for the right cause, he went ahead and created Wow Factor Entertainment to help all of his clients bring their vision to life, the ultimate destination of their entertainment. Kicking off with hosting his own mix show live on 98.7 FM WCZT The Coast and sister station 106.3 FM The Shore WJSE, Chris kept rising up in the glory and in 2016, he won first place in DJ Invitational by Foam ‘n’ Glow for the chance to perform with DJ 4B, Rainman, Brillz, and Swoosh & Twist in Wildwood NJ. After his success with Foam ‘n’ Glow, DJ Slice was offered a spot to perform in front of 12,000 people on the beach at BeachGlow.

Slice knows how to utilize his talent for the right causes and sees the opportunity of fame as the pathway of being a helping hand to mankind in need. He last month launched his schwag collection called touching lives with positive vibes, and the revenue collected would be donated to the social helpers who are fighting at the borderline of the pandemic. Such an inspiration and a captain to follow. He is also the Brand Ambassador for DJ City, Best Source, Die Epic, ManBoy Mafia, Bumpboxx, Beats 4 Hope Inc, and Senate DJs.

DJ Slice acknowledged the fact that life never ceases to impress and surprise. Last year, luck cards chose to play their charms when he was performing at the Old Skool Throwback party and encountered the King of Freestyle, Stevie B. Dazzled by his performance, Stevie B gave him the spot of his official DJ and a director position at his Royalty Radio. The list does not stop here.

2020 had been quite fair to him and if you ask why here it is; DJ Slice received an email that said he was selected to be a guest mixer for SiriusXM’s Pitbull  Globalization Channel 13! Recently, he found his way back on Pitbull’s Globalization SiriusXM, this time guest DJing for Lazaro Mendez better known by his stage name, DJ Laz. DJ Laz is also known for discovering Miami-Dade artist Pitbull. DJ Slice continues to show persistence and determination in chasing his dream, by touching one life at a time. His love for music has made it known that “no genre is safe”.

Most recently, DJ Slice and Jay Alams who is an Upcoming music producer decided to team up and work on a production that is going to give the world that “Wow Factor” edge Featuring a Grammy award-winning composer& writer platinum recording artist! So keep a lookout on this production as is expected to be released before the end of the summer!

A man so diligent to his work and not at all condescending in nature is very hard to find. He is never afraid to grow and knows how to squeeze the fun out of mundane life. And if you want to know how he effortlessly does that, scroll through his Instagram feed. You can follow DJ Slice on his Instagram, Twitter, Facebook, or his official website.