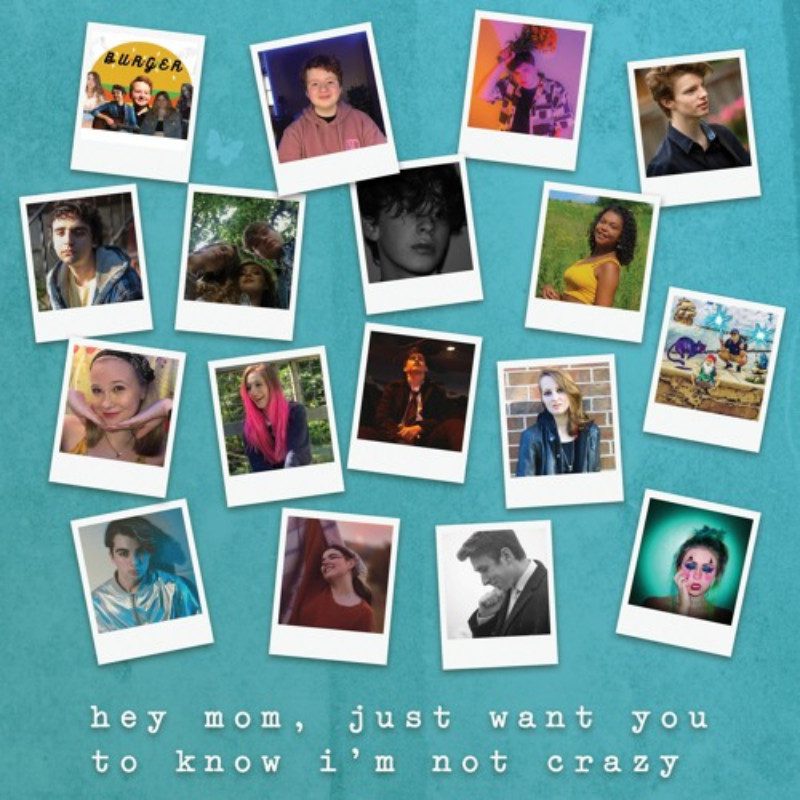 Each and every song on the album was written and produced by the artists. Some of the artists mixed their own tracks, while others were mixed by multi-Grammy winner Mike Mangini, who along with founder Melissa Mulligan, directs the Mastermind Graduate program and teaches the ins and outs of music production. He’s worked with an array of mega-stars – from David Byrne to Five For Fighting – and was the Music Producer for the hit movie Shrek.

Mastered by multi-Grammy-winning mixing engineer Alan Douches of West Side Music, the album encompasses 16-tracks spanning the spectrum of genres, from artists whose ages range from 15 to 23.

The album starts off with “Fake It All,” by Nai’a, who is 16-years of age, hailing from Spring Lake, Michigan. Opening on low-slung, emerging colors, oozing smoldering layers of smooth alt-pop, and R&B textures. Nai’a’s plush, evocative voice imbues the lyrics with pensive savors.

Eliora’s delicate yet penetrating tones infuse “Viewfinder” with velvety surfaces, riding on a melody rife with sparkling coloration and nuanced flavors. Whereas the following track, “Badlands,” by Tenebrous, aka Collins Losson, travels on a hip-hop-lite beat accentuating Tenebrous’s alluring voice, treading the line between rapping and melodic singing.

One of the best tracks is Foster Moody’s retro-flavored “Breaking Heart,” which merges hints of new wave with elements of driving dance energy. Foster’s tight, slightly reedy tones bathe the lyrics in ooh-la-la tangs, at once bewitching and humming with charisma.

Another stellar track is Emma Mathieson’s “Not When You’re Listening.” Emma’s crystalline voice imbues the folk-pop melody with unpretentious beauty. Hers is an exquisite voice under splendid lilting control. Dazzling layers of harmonies conclude the song with wickedly gorgeous blushes of color.

“This Time” rolls out on a potent drum shuffle, followed by the entry of Bec Bradshaw’s raw, sizzling voice, vaguely reminiscent of Joan Jett, only with added femme fatale brio. A fat bassline and crunching drums invest the rhythm with visceral alt-punk energy, giving the track galvanizing dynamics. “This Time” is a definite must-listen-to.

Burger, whose music constitutes “the burger to your fries,” got together via Zoom. Made up of Abby Kenna, Amelia Kate, JoJo Scott, Nolan Gibbons, and Nolan Jack, Burger wrote and produced the beautifully sensitive song “Beautiful Distraction.” Drifting on glistening hues saturated with deep emotion, the song narrates luminescent affection.

“(I Won’t) Pretend” demonstrates the talents of Nolan Gibbons and Nikki Wildy. Nolan’s haunting tones open the song, supplying the lyrics with fond, wistful memories. When Nikki’s sumptuous voice enters, the tune assumes tendrils of both hopefulness and vibrating melancholy. As the two voices blend in harmony, the lyrics take on resplendent polish.

The final track, “It Holds Me To The Bottom Of A Heavy Pool,” allows Ameliarose to display her edgy lyricism and lusciously resolute voice, exuding hues of urgent melancholy and burning longing to escape. Dark yet at the same time contagious, there’s an eerie magnetism to Ameliarose’s probing voice.

hey mom, just want you to know i’m not crazy reveals the embryonic gifts of artists located throughout the U.S. Devoid of even a single lackluster track, the album witnesses grand songwriting and excellent production values, along with a multiplicity of appealing vocal flavors.