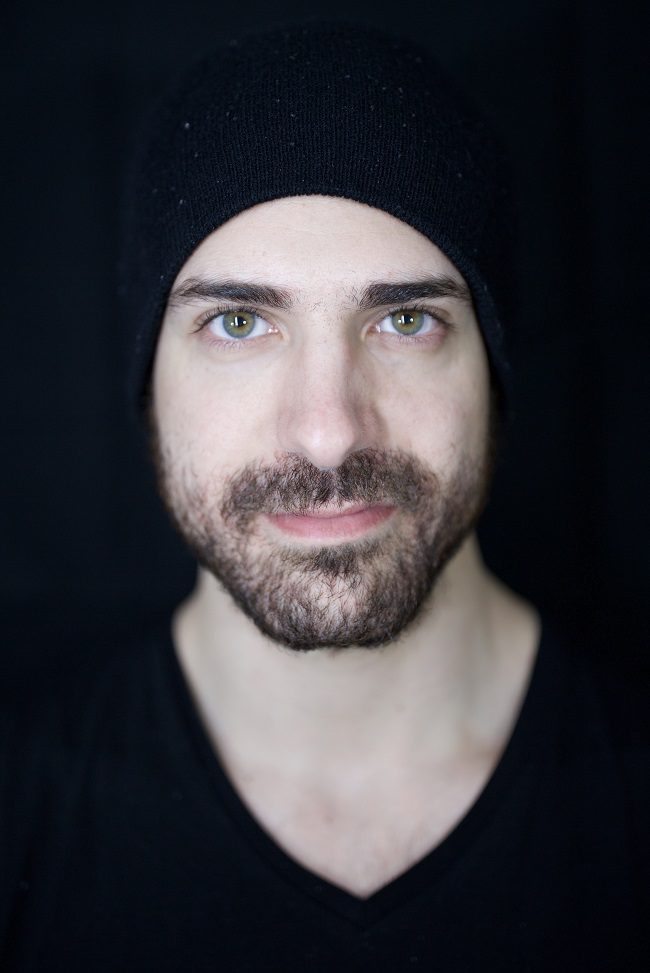 Gianluca Magalotti began his musical journey in his hometown of Rome, Italy, during the early teenage years by playing his first notes on electric bass at Scuola Popolare di Musica “Donna Olimpia.” It didn’t take long for Gianluca to realize that his passion for music would have soon occupied a huge portion of his dreams, career and lifetime.

After high school, Gianluca graduated in BMUS Jazz Performance at Conservatory of Music “Santa Cecilia” of Rome. In the meantime, Gianluca was also attending the Umbria Jazz Clinics international program, at the end of which just a few selected musicians may receive the honor of being awarded a prestigious scholarship in order to attend Berklee College of Music in Boston, MA.

During that program, Gianluca stood out as a prominent student, at the point that he was assigned two scholarships as both a performer and composer/arranger/producer that allowed him to pursue this new adventure in the United States and take his musical skills and ambitions to the next level.

At this time, Gianluca had the opportunity to study with big names of the international music industry, such as John Patitucci, Victor Wooten, Steve Bailey, Jacques Schwarz-Bart, Enrique Gonzalez-Müller, and Paula Cole. In 2017, Gianluca was awarded by the Berklee Bass Department with another scholarship, known as Timothy B. Schmit Scholarship, which is only assigned once a year to one outstanding singing-bassist.

Today, Gianluca Magalotti is rapidly making his way into the Nashville’s finest music scene, by actively working as a recording and touring bass player and backup singer for local and national artists all over the United States.

I decided to study electric bass and music, in general, I’ve also started listening to music, as opposed to most of the people who have a long story as just “listeners” before deciding to approach to the technical study of music.

For my particular case, everything began with Pink Floyd. In fact, my love for music emerged during my teenage years, when I discovered the album called “The Dark Side Of The Moon” (still my top 1 desert island album of all time), and I still remember the very first moment I grabbed my father’s electric bass (a fretless Yamaha, and guess what, my main axe today is still a fretless bass) and tried to play “Brain Damage.”

As a bass player, my playing style has been definitely affected a lot by my idols of the bass: Pino Palladino and James Jamerson. As a vocalist, my model singers are Eddie Vedder and Chris Cornell.

I’m currently involved as a full-time recording and touring bass player and backup singer for various artists and bands in Nashville, TN, and all across the US.

My number one greatest challenge would obviously be to make it the way my idols of the bass made it before me. Although, the level and the amount of talent all across the world has become so huge that it’s probably harder to stand out today than it was yesterday, especially when it’s so easy for anybody to self-release music and videos through the internet and take part in the competition and in this chaos of followers/likes/numbers.

Cause at the end of the day, we all want the same thing, but the seats available for the greatest show are always very limited. No matter what though, my integrity and work ethic will always be fed by a few precise principles I’ve been working on and developing throughout my entire life as both a professional musician and a human being: Punctuality, Versatility, Preparation, Open-mindedness, and Humility.

Absolutely NOT. There will always be tons of musicians way better than me doing what I do. But then, at some point, you just realize that becoming a good player is the easiest thing in the world.

It just takes time, a lot of it of course, but you study hard and you get better, whereas if you’re a bad person or – as people are used to saying down here – you’re not a “good hang” on the road, you’re simply screwed.

That’s why most of my vital energy will always be focused on becoming a better human being first. Then, eventually one day, some people will hopefully think of me as a great musician perhaps.

My plans for the near future will be to humbly and successfully keep contributing to the great American music scene, by hopefully getting to obtain an artist visa – being myself an international musician from Italy – and by always serving this music society at the best of my human and professional capabilities.

I’d definitely love to thank my parents and my closest friends in the first place, for always believing in me and in my crazy plan of embracing the American Dream. I would also love to thank my dearest music teachers from both Italy and Berklee College of Music, without whom I wouldn’t have been able to get to even have this interview for Muzique Magazine today.

I’m opposed to social media (WHAT?? Insane, right…?) for social and philosophical reasons. But I do have a LinkedIn professional profile, here: https://www.linkedin.com/in/gianluca-magalotti

Don’t be opposed to social media, like I am. Or, if you are too, you better believe in yourself more than your followers/numbers believe in you. Another suggestion: be a good human being, and keep in mind that music has the power to change this immoral world and that you’re an active part of this power, always.