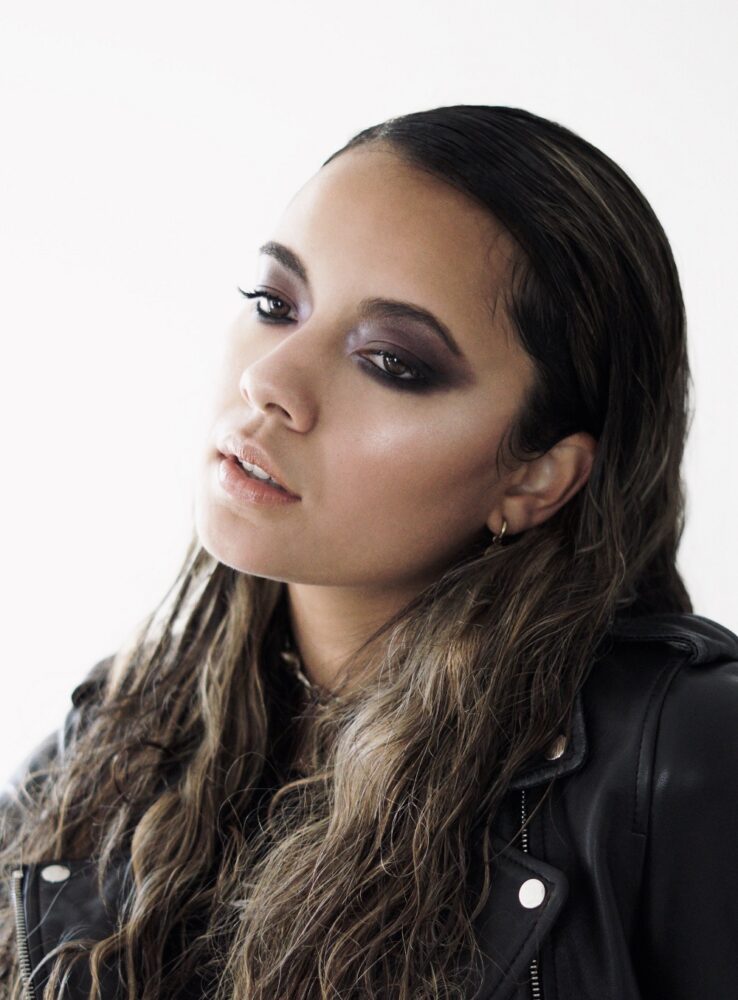 Alright, so I’ll be honest haha, this goes way back to when I used to play video games. In January 2017, I started uploading gameplays on YouTube; I enjoyed playing horror, RPG, and indie games so that’s the type of content I used to share.

The channel is long gone now but at the time, there weren’t many females in the gaming industry playing the games that I did so the channel quickly became a success within a year’s time. When I played horror games, I used to start singing or rapping during my gameplays when I got scared during a particular level or scene in the game.

I guess that was just my strange coping mechanism to not freak out when I was playing haha. From then onward, I kept receiving comments on my videos from people telling me to start rapping or singing because they enjoyed my goofy raps. So in essence, that’s how it all started.

In February 2018, I quit making gaming content because it took way too much of my time. I had exams and I just couldn’t afford to keep up with the channel – I would spend 1hr recording, 2hr editing, and then 3-5hr rendering just for one single video.

I had a lot of series on the channel so I had to upload 3x a week consistently in order to keep the series successfully running. Unfortunately, my study life took the best of me and I quit gaming entirely.

In March 2018, I finally picked up on the comments from my subscribers and I decided to start making music. After a month of doing nothing but studying, my creative ambitions had no outlet and it frustrated me so I started to teach myself the basics of recording.

I started uploading songs on SoundCloud with no particular goal, I was (and still am) just enjoying the process of making music and in the end, I guess that’s what matters most. Then, YoungHalfington (YouTuber) reviewed one of my songs on his channel and that’s what ultimately kickstarted this whole thing. People started playing my songs and following my socials – that’s when I really began to realize that people genuinely enjoyed my content.

My current project is my first-ever album entitled “Sanity 2 Madness”. I gave it this title because I feel like one half of the album is sane while the other half is insane; just like how my brain is wired.

I also like to describe myself as a quintessential dichotomy, hence why this album and all its facets radiate that description. The album entails both upbeat and dark vibes; it’s a painting of my envisioned world.

My sound is a mixture of artists that I listen to and that’s what makes the album so versatile. Recently, people have been saying that I sound like the female hybrid of Travis Scott and The Weeknd haha.

In terms of the artwork, you can see that there’s a lot of darkness fabricated into the graphics and that’s also why I decided to release the album during Halloween. The clown is the leading symbol of the entire album, hence why it’s incorporated into the title – symbolizing humor, playfulness, talent, carelessness, volatility, and celebration.

However, the meaning of a clown is twofold. After all, people have a dark side, hence why people can see what’s behind my mask on the album cover. Clowns denote a penchant for adventures and this suggests that I sometimes perceive life as a kind of game. This is reflected in track 6 during the first verse when I say, “Running circles like this life is just a game, time is ticking and I start to lose my name.”

Moreover, the circus and broken rollercoaster are a symbol of my world. The world, I believe, has made us believe that we must be entertained. We seek thrills and those kicks are hard to find. So, welcome to my circus. Welcome to insanity. Welcome to the madness. Your new source of entertainment.

Lastly, the UFO symbolizes the phenomena of synchronicity where my external events mirror my internal psychic states. These fears center around the inability to differentiate my truths from the world’s fiction and the fact that many of the world’s current affairs are undecipherable.

As I wrote the album, I am/was still an undergraduate bachelor student so the album was put together with little money. I’ve done all this as an unsigned and independent artist with no label and no official/established team so the process was largely comprised of trial-and-error. Literally, every song was made in my bedroom.

What made this album work is that I managed to establish a team of online friends who all shared one common trait — passion. You don’t need money to create art, you just need yourself and a passion.

My biggest challenge is the process of being able to accurately convey the sounds in my head into a song. I have no knowledge of sound engineering, I can only make demos in my room and sometimes I can’t recreate the sounds that I want to create.

Ultimately, the person who edits, mixes, and masters my songs is the one who brings my creative ambitions to life. I currently work a lot with Hans Rodríguez, we found each other through a mutual high school friend and we’ve been working ever since. At the moment, he’s one of the few people that understands how my brain is wired haha.

When it comes to my work ethic, I work fast. I also always make sure that the producers and engineers I work with are included in the songwriting process. I receive a lot of beats every week and I try to listen to all of them. When I like a beat, I freestyle for 30-60sec to try and find a melody before I send a demo back to the producer. If we both like the sound of it, we finish it. If not, we move to the next beat.

Lastly, I always make sure to credit those who have helped me correctly. Together, these people are ultimately the ones who help me bring my visions to life; I will always give credit to those who help me, no matter how much or how little they contribute. Someone’s work and effort must never go unnoticed.

Definitely not haha! On a real note, I really don’t think I’m the best at what I do. There are millions of musicians out there and I don’t think it’s a fair comparison to make because everyone has their own style and vision. I can acknowledge that. I’m just out here doing what puts a smile on my face and that’s all that matters to me.

I enjoy the engagement I’ve been getting recently and I couldn’t care less whether my music will give me $5 or $5,000,000 in the end. What matters most to me is that I can always look back and say that I’ve had a great time doing this whole ‘music thing.’ I’m just doing what feels and sounds good.

I may not be the best but in the future, I wish to do other things like start a show where people send me their songs and I comment on them or do a verse on it during a live stream. And if music will ever give me money, I wanna help other artists out by doing random giveaways for those who don’t have the money to create what they want to create.

I can’t die happy with just a bust-down Rollie haha, if I ever have the money for luxuries like that then I’ve made a promise to myself that I will also buy equipment for starting musicians, pay people’s college fees, medical bills, rent, etc. and so on. What it means to be an artist to me is to be a good person too; I don’t wanna die drowning in my luxuries and not having made a difference in this world. I am Mona Mula.