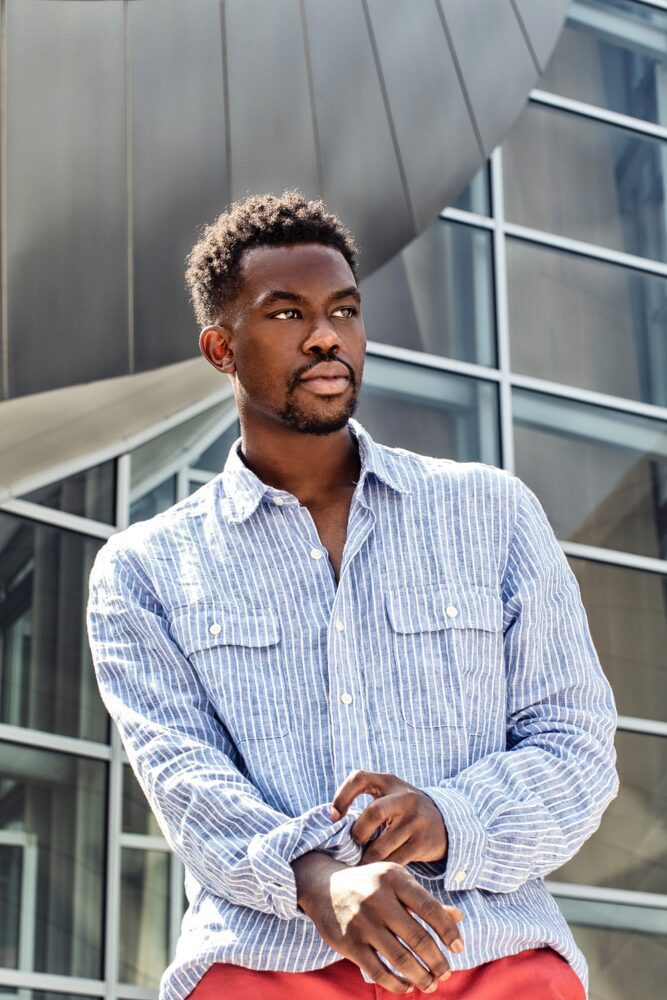 My artist name, Cris Cola, came about during my senior year of High
School. I merged my birth name Christopher, with my mom’s nickname, Cola together. Everybody calls my mom Cola for short. During this time of my coming up with the name, I was going to the studio on the regular, and the family etc was recognizing that. Just like most mothers, they want their kids to focus on more tangible occupations. Like going to college and finding a decent paying job.

She didn’t really want me to rap. We were going through the regular teen son and mama drama at the time. I had got kicked out around then over whatever and decided I’ll put our names together so she always been apart of the music regardless. I and my mom relationship are awesome, she is my heart. It has always been me and her at the end of the day. She respects my wishes and my mind even more as I grew older.

I discovered the love of music at the earliest of my memory. I remember
dancing with toy guitars at 5, watching BET and MTV videos all the time. My
father is a musician, the love for the craft is in my blood. We used to talk about going to the Grammys, etc. when I was a kid. I used to go back to school telling kids in elementary I was going to meet Bow Wow, etc.

Bow Wow was a major influence when I was a kid. I wrote my first rhyme at 8 or 9. I revised a Bow Wow song, the one he was talking about Basketball. I kept some of his lyrics and added mines within. Like I’ll use Bow first bar, then I’ll switch the second bar to my lyrics. I still have that composite paper. I started truly writing when I was 14-15.

Started recording when I was 16. I didn’t have beats at the time, so I’ll just write songs to old Jay Z, DMX, or Nas beats from YouTube. I realized around this time, that I truly have the potential to be great one day.

When it comes to my music style, I accredit true lyricists. That real hip
hop feel. Music that gives you something to think about and feel. Music that is relatable and honest. I remember as a kid, loving artists such as; Ludacris, DMX, Jay Z, Missy Elliot, etc. That music video era, before YouTube and the new ways we listen to music now.

It was just radio and TV music videos at the time when I fell in love with lyricism and flow. As I got older thru my teens and was able to discover more music, Tupac became a huge influence of mine around the 10th grade. The first musician to actually make me shed a tear, besides DMX. I love artists like Mos Def, Mf Doom, so many different and diverse hip hop lyricists.

I get my fashion style from being from Memphis, the “playa” city. Also from the 70s blaxploitation movies/90s era. One day I’ll have on some Mackin loafers and the next I’ll have on Jordan’s. I go wherever my vibe it as when it comes to fashion.

The song/video, “Going Insane”, has been resurfacing since COVID took
over the planet. I guess by people being locked down in their homes, without much interaction, has been driving humans Insane. “Going Insane” is a song I recorded in early 2015 and released with the video a year later. It’s a coming to age type of record, understanding that life chooses are critical.

Realizing how thin the ice is for us black men. One mistake can either have your freedom taken away for the longest or even death. I had got a call that a homie of mines had just got locked, and it was looking like a good chunk of his freedom was going to be taken away over a mistake. The mistake of putting financial gain over freedom, knowing this system don’t play fair. I wrote “Going Insane” that same night, and recorded it the next day.

I was making the same mistakes that could’ve had me in jail or dead. I understood the concept of taking risks for money, but my eyes were starting to open up more to the consequences. I felt trapped in my own existence, my decision to not be in college, and figure things out my way. “Going Insane” was intended to be apart of an album I had done, but I wasn’t satisfied with the project so decided to scratch it and just release “Going Insane” as a single.

My greatest challenge is getting out of my way. I have always been
destined to be in the front of the crowd but was maybe too humble, which
sounds crazy. God has placed me in so many different situations since a kid, as the center of attention. But I always held myself back even if was
subconscious.

Not wanting to seem too important at times or wanting people to feel like I was arrogant. My attributes include being fearless, a thinker, down to earth, and loyal. Besides the talents I was blessed with, the strength of my mind is the main attribute. It continues to get stronger. I have the will to keep going and keep my head up.