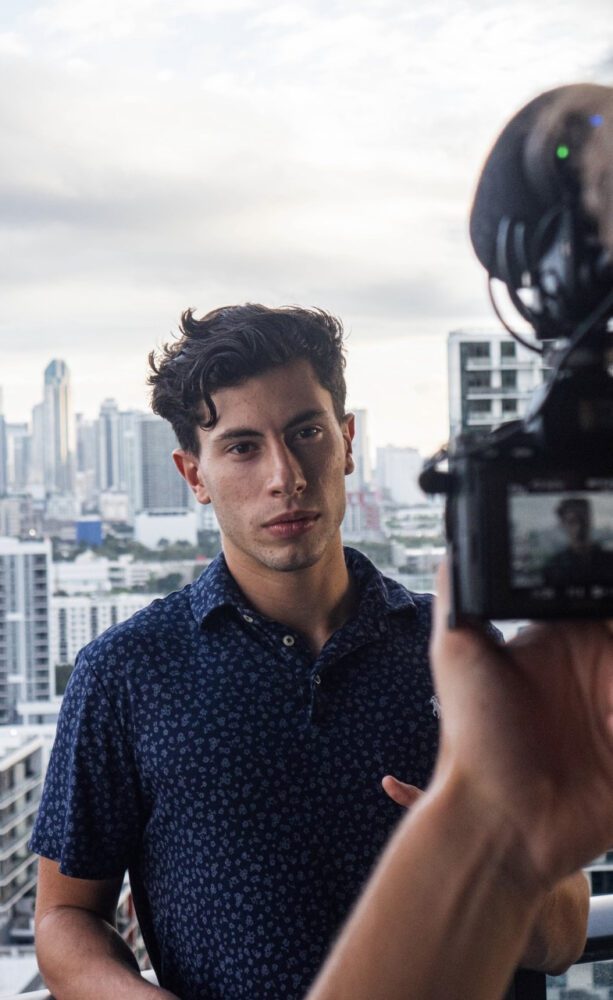 Mattyofit is an independent artist who is a New York native but has recently made the move to Miami, Florida to chase his dreams. The young artist teamed up with engineer and producer Marcus432 after meeting via social media. The two have been inseparable since. Mattyofit started making music with the talented producer only 2 years ago but his songs have already brought him stardom. The greatest achievement for the artist to date has been his growth on social media and streaming platforms. The young artist has been able to amass a following of over 200,000 on Instagram as well as having his debut album hit over 80,000 streams on Spotify. He has worked tirelessly to hit these goals but is just getting started. Mattyofit explains he now has his sights set on a new goal of performing in front of a crowd with thousands of people in it.

Though he has had great success, it did not come without challenges. Mattyofit was kicked out of college and plunged into the world of being his own boss and making music. He had to deal with a lot of negative opinions from others and self doubt during this huge transition period but never let it stop him. People often told him he needed to finish his degree. People laughed at his dreams, but Mattyofit had a bigger vision. This led him to take his music career seriously and take it on full time to chase his dreams which has clearly paid off for him. He now serves as an inspiration to others showing them that it does not matter what other people say or think about your dreams, you can achieve anything you put your mind to. The path to success is a rocky one, but will always be worth it. Check out ‘Part of Life’ on Spotify now! To follow along with Mattyofit’s journey, make sure you follow his Instagram!

Continue Reading
You may also like...
Related Topics:artist, Mattyofit, Music