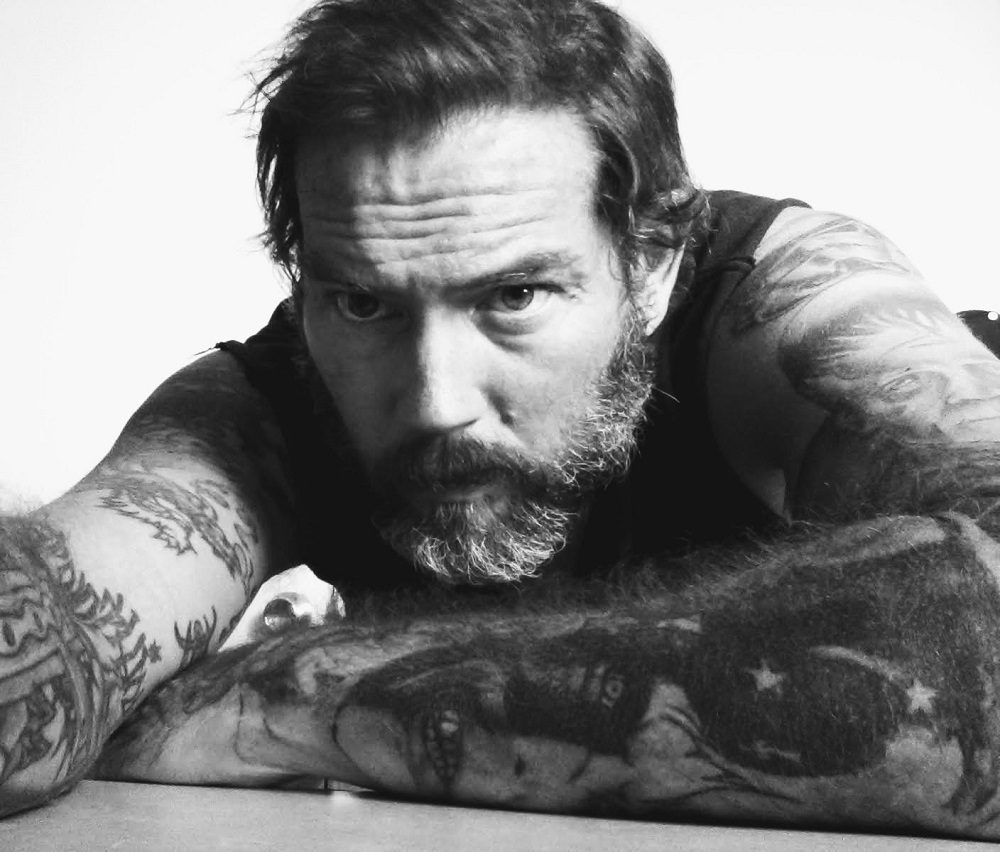 Well, I’m using my Government name now- Matthew Hunkins. I have sung, played guitar, and wrote songs in bands for a really long time and with those collective efforts, we played under many monikers. But now thanks to technology and a big ego I have been Producing, Recording, and Performing music on my own since 2017.

My best friend in high school was a phenomenal guitar player. I would watch him play along note for note to Black Sabbath and Metallica records in his room. Eventually, he progressed to playing with older kids and after a while, they formed a band jamming out to covers of Slayer and Van Halen in his garage. I remember drawing mock-up album covers for him because I was really into art and I drew cartoons for the school newspaper in Journalism class.

I think he was also singing but since I had slightly long hair I guess I fit the stereotype and more probably out of desperation he asked me to join his band. I had a few days to learn the lyrics to some cover songs for a backyard party and I remember he played a Carvin half-stack that was so loud you couldn’t really hear me trying to sing anyway. But I really enjoyed the act and challenge of performing to a crowd. Eventually, we started writing some of our own songs and played a few gigs in Hollywood. Once I had a taste of that I was hooked on trying to become a rock star.

There was a sound guy at The Whisky A Go-Go who would film your band and give you a VHS cassette of your performance for like 20 bucks or something. I think in order to butter me up for the sale he told me I reminded him of STP vocalist Scott Weiland and Soundgarden’s Chris Cornell. After that, I figured I would hone in on trying to rip off those guys as much as possible.

My latest release is titled “FEED DUH FLAMES” and is only streaming on my website and Twitter account. It is a bit of a nod to the latest Political phenomenon of feeding propaganda straight to social media in lieu of the traditional press secretary and press briefing networks.

My greatest challenge is managing time to write, record, and practice around feeding and playing with my children and working a regular job to pay bills. Thanks to technology the attribute of working with MacBook Pro has replaced renting and driving to a rehearsal or recording studio.

No, but I try to learn and surround myself with the best.

I’m continuing to promote my video for “I’M LOANLY” off of my “PINK LANDING” E.P. along with my United Masters releases like “PICTURES ON THE WALLS” & “SUPER CON FUSE” as well as rehearsing some acoustic versions of songs and covers towards the chance that we can start to perform live again at some point in the future.

Let’s continue to support and love one another, and bring life to our artistic creations, as they may live on far past our own.