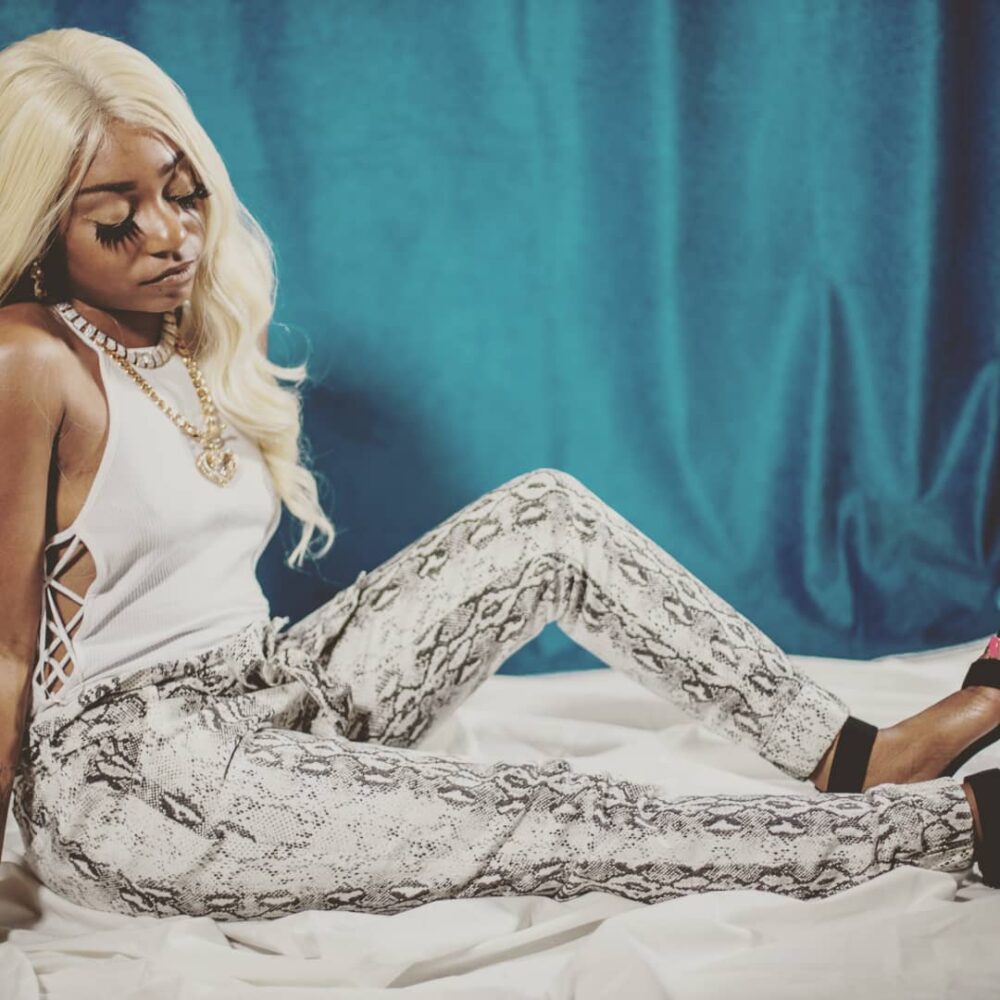 Life doesn’t always give you everything you desire in life. People often spend years searching to understand and find their purpose in life. Raven Holmes, aka IAMMSSTRAWBERRIE, birth into this world included a healthy musical DNA.

Raven grew up in a single-parent household filled with Motown classics, Hip-Hop, and unconditional love. Raven started reciting Lil Kim’s rap rhymes during her early childhood days with her sister watching from the living room. Raven would grab a mop from the kitchen and practice her future rap skills every day. Growing up, Raven was a born fashionista and swag queen on all levels.

Raven’s fashion sense was heavily influenced by Hip-Hop culture and boosted the confidence in pursuing Hip-Hop. The locals from the neighborhood knew Raven had a special glow and aura from the other young kids. Raven entered Lubbock High School with an extreme focus on enhancing her rap skills and putting on for the city. Rapping in the hallways, lunchroom, and homecoming events cemented her confidence in chasing her ultimate dream of becoming Hip-Hop royalty.

After graduation from Lubbock High School, Raven initiated her Hip-Hop empire blueprint. Hustling is apart of Raven’s DNA, and she began self-financing all aspects of her multimedia company. Raven worked multiple jobs and saved 30% of every dollar earned to reinvest into her future “EMPIRE.” Raven’s hustling began to bring positive results in early 2019. Launching her imprint RH Music Group enabled Raven to expand into music development, clothing, global merchandising of products, and film production.

Raven started a label and signed “HERSELF” first! RH Music Group released two radio-ready tracks in 2019, and both received critical acclaim via social media. Both singles generated 20,000+ digital streams across all platforms in 2019, and the momentum continued to build in 2020.

Raven Holmes is a determined, smart, and laser-focused Lubbock, Texas native. Raven’s smile and energy leave you mesmerized in her presence but 100% intrigued simultaneously. Raven Holmes, aka IAMMSSTRAWBERRIE, is destined for boundless greatness and cut from a different cloth. IAMMSSTRAWBERRIE is a Global Advocate of RADIOPUSHERS and RESULTSANDNOHYPE.