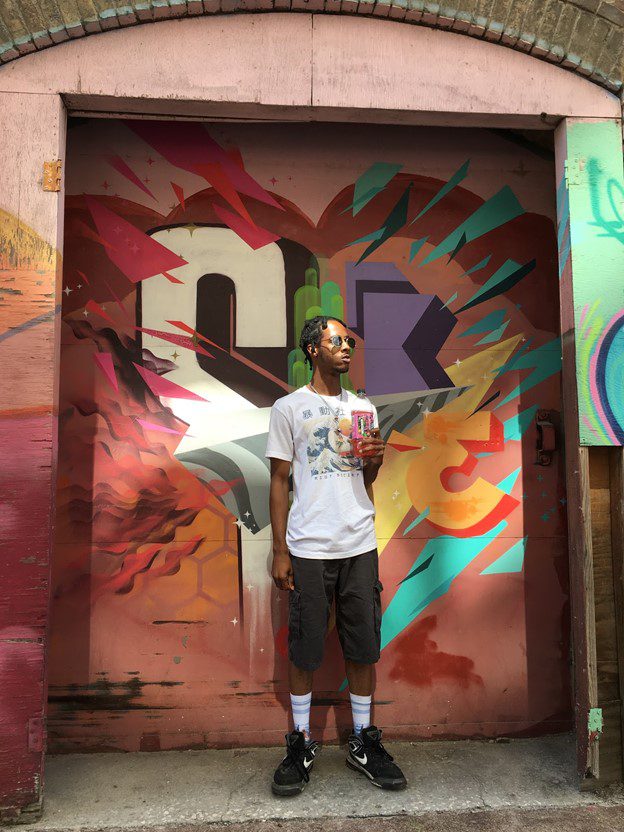 JAntho CHO has set himself multiple goals and he plans to work hard to achieve them. He aims to have several streams of income and knows that this requires a strong brand. JAntho CHO captures audiences with his creativity, energetic and emotive songs, but as he prepares for an exciting year of music, he wants his fans to know that he has more than music on his mind.

Jalen Anthony Guase-Fishback was born on October 24, 1996. His love for video games and 90’s cartoons did not stop him from exploring his other talents. JAntho CHO was playing basketball at the age of 5 but also loves baseball and soccer. He was taught Spanish from as early as he can remember. He not only speaks it fluently but also has an excellent command of its vocabulary.

The talented musician taught himself to play the piano and started making music from the age of 12. Band classes were the stepping-stone for his musical career. By high school, JAntho CHO’s music was getting loads of attention. He passed around his CDs to everyone he knew while he actively built his online fanbase.

Record labels and blogs started paying attention to the young artist when he performed live shows in the Midwest. His influences from the world of music were vast and spanned various periods. His favorite musicians are too many to mention all but include Lil Wayne, Kendrick Lamar, Bob Marley, Def Leppard, AC/DC, Snoop Dogg and Eryka Badhu, Steel Panther, and JAY-Z.

The release of his first single “Tell Me” in 2016 got worldwide attention, and that is when JAntho CHO decided to take his music career in a whole new direction.

His next project was aimed at making people aware of the knowledge and excitement psychedelic drugs offer. Produced by False Ego, the famous UK Producer, “Cloud 180″ was released in October 2017.

JAntho CHO had prior experience with psychedelics and wanted to make people aware of their power. He has incorporated them with psychology and philosophy to shape the principles behind his lifestyle, and calls the movement “CHO.”

CHO music has a versatility that makes it easy to listen to. It incorporates sounds from conscious rap, psychedelic, soul, jazz, blues, rhythm and blues, and alternative rock. The multi-talented artist is loved for his energy, and his influential philosophy is making its presence felt the world over.

He has said that he has been fortunate, and his purpose in life to help those less fortunate. According to him, people are often unaware of their potential. The “CHO” movement is all about making people aware of their power. JAntho CHO recently said: “People are naturally drawn to me and are willing to open to me. It is important to offer them guidance and healing, and I make that my goal in life.”

In 2018, JAntho founded Cloud Committee Entertainment LLC, his record label. The label immediately signed two local artists and released their most known song “BET!” early in 2019 along with a music video. Unfortunately, the artists were dropped soon after for breaching their contract. JAntho CHO received a plaque for their song “BET!” for it reaching 500,000 streams.

JAntho CHO continues to seek entrepreneurial ideas and signed a management and partnership deal with Guerilla Guild Media Group, a multimedia entertainment company last year. The company was founded by Kristopher King, or as he is better known, ILLHARV the Benefactor. JAntho CHO also released his first conceptual album “CHOLo” in April 2020. This was produced by D-Lo the Doctor. JAntho CHO then released a music video for his song “Armageddon” from the album.

Even as the impact of the pandemic hit artists around the world, JAntho CHO continued to work. To stay connected with his fans, he hosted his own live show via Instagram. A lover of fine brands, he understands the importance of building a brand. His recent venture is his online shop called JAnthoCHO which he is in the process of building.

In a few weeks, JAntho CHO is releasing his “CHOLo Deluxe Album.” Following soon after is his project titled “Cloud 180 2”. His fans can expect his debut studio album later in the year. There are also live performances scheduled for April 17th in Las Vegas, Nevada, and October at the Lost But Found Festival in Byars, Oklahoma.