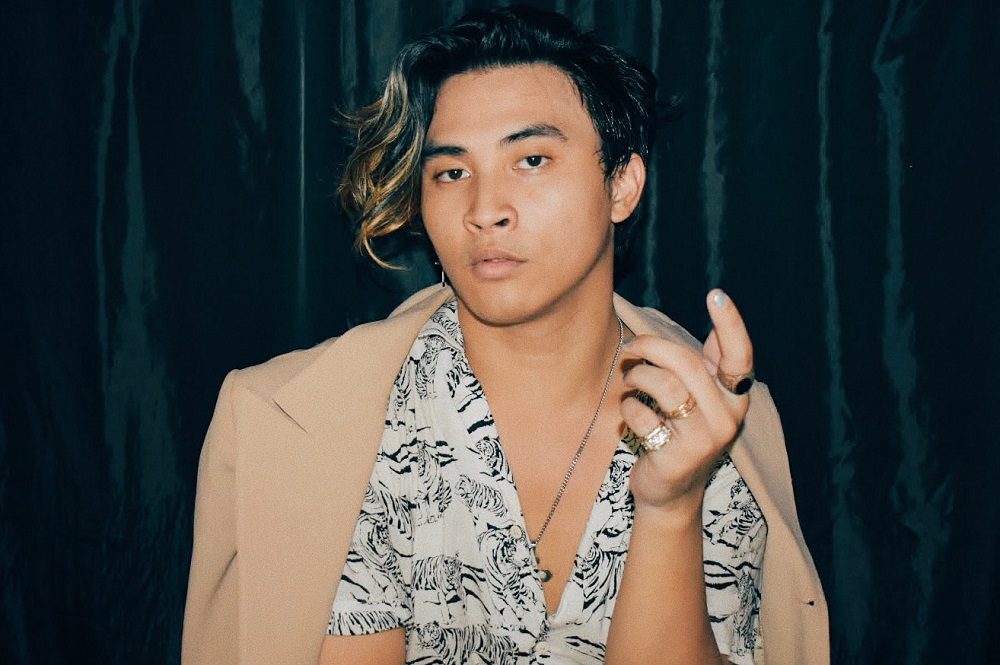 Joshua Emmanuel Morata talks about his sense of style, greatest challenges, and more

Joshua Emmanuel Morata talks about his sense of style, greatest challenges, and more

There are a variety of things and people that have stylistically influenced me. Throughout my adolescence, It was always acting like Michael Jackson or Prince. These days it’s David Bowie or George Michael. though I’ve definitely been more on par with Bowie. I always had this fascination for the pop culture and various other trends from decades past, It’s given me a lot of inspiration to do what I do now. I could never specify the exact decade though… I could be into the ’80s and then next week jump into what was cool in the 70’s- shit, maybe even the 60’s, I don’t know!

I don’t want to share the new title just yet, and most of the new material is currently in between pre and post-production stages as of right now, so I’ll only mention the tracks I’ve been teasing here and there, which I believe are three of them? I’ll start off with my current favorite, which is a little cheesy number called “The Light”.

That song was written one night after a Twitter conversation with a friend. She was drunk-tweeting; I can’t remember exactly what she said, but I replied with something along the lines of “can I write a song about you?”. She was cool with it, and right there I immediately got to work! Because these days I’ve been crafting songs that sound like they’re from the 80’s, I wanted to make the cheesiest love song ever…a tune you’d hear during the final dance at Prom night. She heard it, liked it, and that was the end of it. I am working on it again, but this time it won’t be about her- I want it to be accessible to everyone. It IS a love song after all, and love is a universal language everybody knows.

Similar to my last album, Romance in Revolt, this new album is inspired by the past, all the way from sound down to the visual aesthetic. I got a close friend in Montreal whose co-producing the album who, I gotta say, is a master of his craft! If there’s any underground musician who knows perfection, it’s him. When Romance in Revolt came out, he and I discussed the mixing issues here and there…I myself am a bit sour towards the way that album came out, but I know for a definite fact I’m not going to repeat that mistake again!

My biggest challenge when it comes to writing music, especially these days, is avoiding repetition. I’m really trying to branch out to different avenues and see what’s good and what isn’t. Not necessarily with modern fads or whatever, but rather with how I’ve been seeing music.

I’ve always viewed music as a “conduit of expression” because nowadays I really can’t be bothered to say anything- I’m terrible at explaining myself. There was a time where I wrote a lot of songs for or about a specific person; Now I’m trying to write for me and my life, and it always ends up becoming either a 360 back to that person or I have to explain why I said this or that…At the end of the day, I’m trying to share my life in song, rather than talk in person. Like, if someone were to approach me right now and ask “have you ever been in love?” or “what was your childhood like?”, I’ll just present them my discography and be like “here, listen to that. The answers are all there”.

Now my greatest attribute…Lack of sleep. I don’t think I have ever gotten a proper night’s rest in the last couple of years. I’m always working and listening to this or that; I can’t be bothered to tell you how many nights I’ve stayed up working on music that’ll probably never see the light of day. Not sleeping is obviously unhealthy, but it’s helped me write some pretty good tunes!

Absolutely not. I believe there’s a countless number of talented folks in this world that are doing a hell of a lot better than me. I’ve always viewed myself as “that guy” like I don’t desire to be in the spotlight 25/8. I simply want to make music solely because it’s always been my way of coping with issues in my life. I’m not a great singer or songwriter- But I can certainly carry a note and rhyme a little to make me listenable enough hahaha.

It’s more subjective, honestly. There will be moments where I give myself a pat on the back for writing or singing a particular way. It’s really based on what my friends like or want to hear. They probably think I’m good, they probably think I’m shit. Either way, I think art is art no matter the perspective.

I have no absolute idea. All I know is I’m planning on continuing this music thing and see where it takes me. Again, I don’t desire to be famous or “big”, but if such a thing were to happen, God forbid, I’m going to use my platform as best as I can to be a decent role model, and I say “decent” because I’m terrible at comforting people; I have friends that can vouch on that.

I’m also looking to maybe someday work with my favorite artists. They say if you speak your desires into the void, it will eventually happen, so hopefully, that goes down someday. I got a list of people I want to write with.

My family’s cool. I really appreciate the love and endless support they’ve given me over the years. My father especially deserves the most praise. Given his own experiences with the music industry during his youth, as well as putting me on the records he grew up on, It’s given me a lot of perspective on what I want to achieve on my own path. He, along with my mother are the reasons why I’m so into the music from decades ago and then some. My mom’s the reason why I got into M.J’s music, as well as Pop music from the Philippines. My brother got me into producing music; If not for him, I’d probably be boring as hell. Lots of love to him.

My friends are wonderful, and I love them implicitly. Spending time with them is enough to give me the inspiration to write what I write now. I also want to thank my fans for digging my work; I can’t thank them enough, and I certainly do hope they will like the next album. Also, I don’t like the term “fan”, because that’s short for fanatic, and that’s stupid to me, “friends” is much better. My friends and “friends” are wonderful, and I love them implicitly.

A lot of people are using the internet these days, aren’t they? I suppose they can find me somewhere there. If we’re talking about social media, then they can find my Instagram which is @jmoratamusic. I used to have a Snapchat and Twitter account, but after being too bored or other circumstances, I don’t use those platforms anymore. I pray my address isn’t online. The internet is a very scary place. If my address is online and some poor sap happens to visit me, they’ll find me sitting outside my house having a cup of tea and a cigarette.

Always be honest with yourself and make art that appeals to you. Never attempt to meet other people’s expectations and stick to your guns, for that your audience will come flocking your way eventually. Keep at it and never quit. It’s also very important to take care of yourself and take each day at a time. A nice cup of tea doesn’t hurt either! Unless you’re a coffee person. Either way, take care of yourself and stay true.