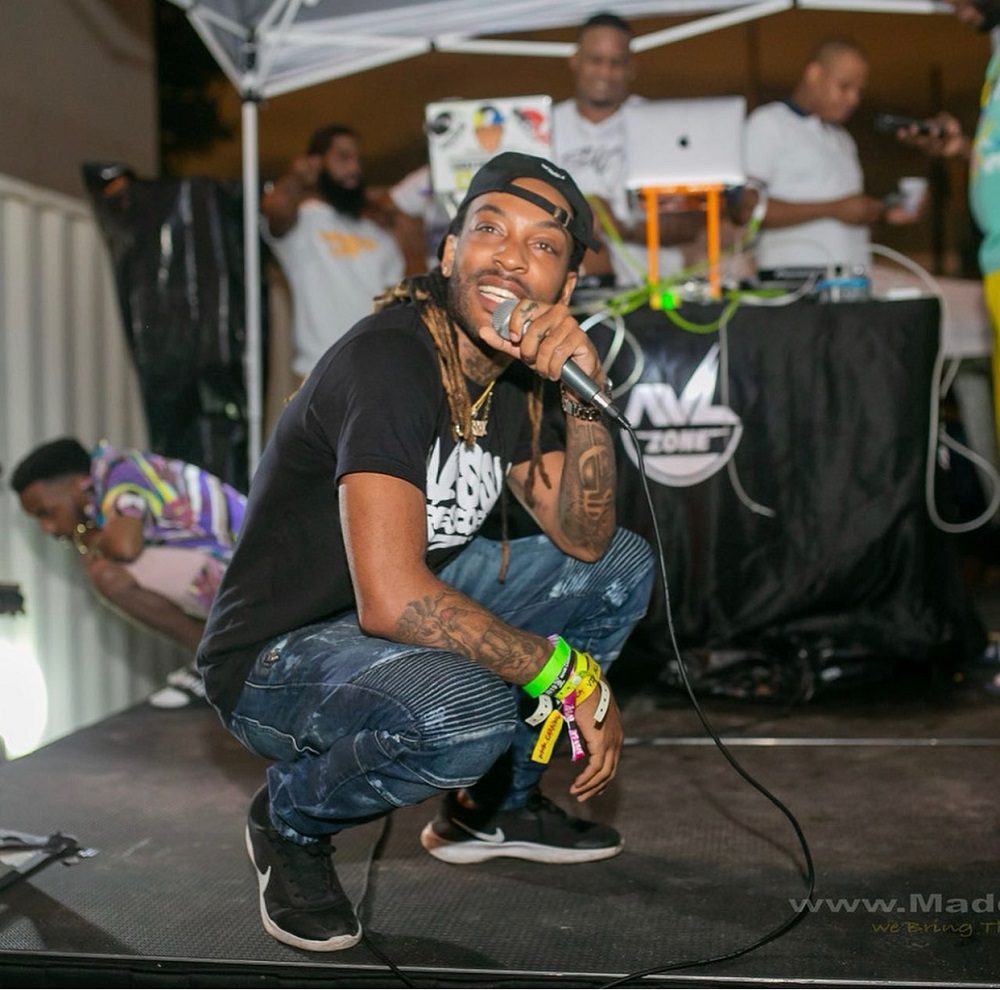 Miami-based Klassik Frescobar was born to be a musician. The soca star is a multitalented and versatile musician, and his musical journey was inevitably influenced by his Jamaican roots.

Considered by many to be one of the hottest acts in Florida, the star attributes his success to the high energy of his music. From a young age, he was drawn to the sounds of the Caribbean. The popular rapper-singer touches his audiences with a unique mix of radiant music that fuses Jamaican Dancehall, Soca, and Calypso sound.

Klassik Frescobar was born to immigrant parents in New York in 1989 but was raised by his grandparents in Kingston, Jamaica. Their entertainment throughout the day was the radio, and it was in Jamaica where he fell in love with Soca and calypso. On his grandparent’s favorite radio stations, they also heard some of his personal favorites like Sean Paul, Bounty Killa, and Beanie Man. These were the tunes he heard whenever he got hold of his mother’s cassette player, and he wasn’t even aware at the time that they didn’t originate in Jamaica.

At the age of 13, Klassik, his given name is Kamaal Burrows, found himself migrating back to New York. In the Bronx, battle rap sparked his interest, and he began writing songs. Frescobar’s roots continued to keep him connected with the Jamaican community, and he found himself constantly drawn to local Soca and Dancehall parties.

By the age of 17, Klassik Frescobar seriously began to consider music as a career. By this time, he had built close relations with local DJs and producers, including Ricky Blaze, the Jamaican-born DJ, producer, singer, and songwriter.

An incident in 2009 led to Klassik’s 2010 arrest and sentencing for a robbery charge. At the time, he already had a loyal fanbase and had just released his mixtape “Sleep When I Die.” This was in collaboration with Ricky Blaze, Red Café, Corny Gunz, XV, and Currensy. He had to let his fans know that his career in songwriting and music wasn’t over and soon released “Free Klassik EP”. His fans supported him by flooding social media by posting pictures of them wearing all types of “Free Klassik” gear.

With all this behind him, Klassik Frescobar migrated to Miami in 2014. Based in South Florida, he feels it is easier to immerse himself into the tight-knit Caribbean community. He has made many connections, and his transition to Soca was completed when he made his breakthrough with his single “Boom” on Miami’s carnival scene.

Klassik admires many Soca artists, including Patrice Roberts who continues to release music and have a thriving career. He also follows the hustle of his favorite Dancehall artiste Vybz Kartel and admires the incredible songwriting abilities of Problem Child and Mical Teja.

The international music industry insists on approaching Soca as a seasonal-based genre, but Klassik Frescobar continues to make his beloved music for all occasions. He scoffs at critics and believes Soca is an industry in itself that deserves to grow. Klassik knows it can be self-sustainable all year round. Music provides the escape from the harsh realities of life, and Klassic Frescobar provides that escape. The Soca industry does present obstacles, but he hopes to help diversify it.

Even though Klassik was initially determined to break into the Jamaican music scene, it is extremely difficult. However, the wider Caribbean diaspora loves him, and he has even grabbed the attention of Cardi B who shared his single “Looking Good” last year with her millions of Instagram followers.

Even as events were canceled in 2020, Klassik Frescobar continued to work and the releases of two collaborations with other Soca artists are forthcoming. The first is with GBM Nutron coming out on March 13, 2021, and the second is with Artist Marzville to be released on March 18, 2021.

Despite his humble beginnings, Klassik Frescobar has managed to stay involved in an expensive genre of music. He cares about his family and friends, and about inspiring others from disadvantaged backgrounds to follow their dreams. His mom influenced his infatuation with fashion. Clothes always remind him of the happy times they spent together when she visited him in Kingston and took him shopping.

“I have experienced numerous obstacles in my life. It started with migration, but I also had a constant shortage of money. Being a teenager in the Hood was not easy and going to prison was hard, but I continued to dream. I found a way to follow my dreams, and this is the message I want to pass to the youth; obstacles can be overcome.”