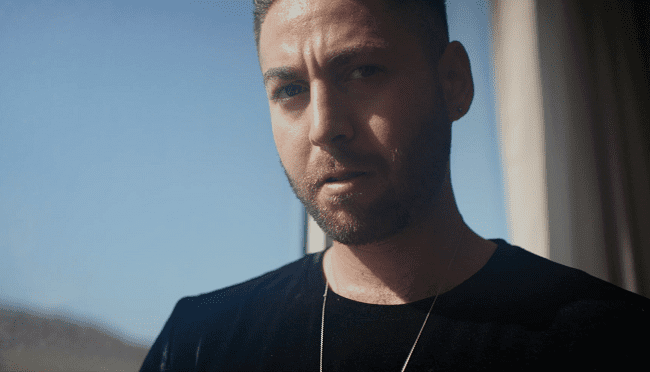 The Don Kap (and his Hawk Eyes) brings substance back to rap with his real-talk approach and in your face attitude. He has no time for fakes and will shit on them if they try him. He could have been a Lawyer or a Psychiatrist, but instead, he got a Masters in film and already has a movie coming to theatres this summer. He picks out his own beats and writes everything. He also believes LA is fake.

My last name is Kaplan and I’m a Don, so therefore “THE DON KAP”

Age 9 my older sister subjected me to MTV TRL and I loved Ludacris’ music video MOVE BITCH. At Age 14, I recorded a song on a shitty voice recording app (way before app store) and it was titled “Fuck, Fuck, Fuck” I fell in love with writing and recording music from there on out.

My Israeli Father. He has no patience, He has a short temper, and he is observation skills are through the roof. This leads to him commenting on people’s appearance often and not taking shit from anybody.

I’m into names. They tell you a lot about the person. For example, I’ve never met a nice Skyler. So, therefore, I looked up the meaning of my Hebrew given name (Eitan) and it means strong. I am strong, so it makes sense.

I am lazy by nature. I have a powerful brain which naturally wants to get others to do the work for me. But in life shit doesn’t work like that. I’m not some ancient ruler eating grapes and chilling balls, so basically my greatest challenge is getting motivated, but honestly, one fake person in my face will motivate me to destroy them.

I’m the best beat finder (I have golden ears) and I’m the best hook guy. Verses I think there are hundreds that are better. But my beats will always be the hottest and my choruses the catchiest. It’s the donnn.

Movie coming out (for real), Just starting my music career.

If I said my parents it would be cliche, so Ima say Donald Trump.

Instagram @TheDonKap, but I’m private and I rarely approve. I have a nice no fake environment going on there right now. If an influx of requests were to come, I would need to hire a fake person screener.