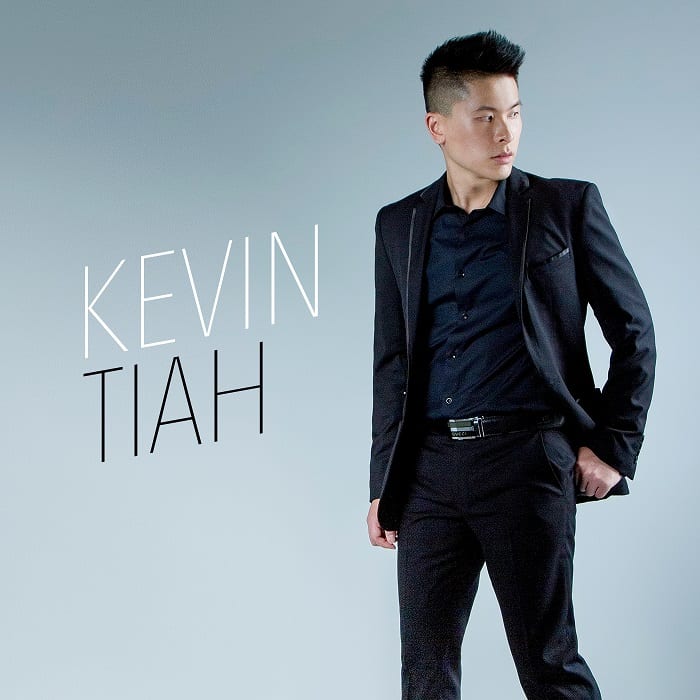 Kevin is a solo multi-genre music artist from Australia who has demonstrated his ability to branch out into many different genres of music spanning over Pop Ballads, R&B, Nu Metal, Post-hardcore, Pop Punk, Rock, Country, Metalcore and the list continues to grow!

Since his first release, “Fight For You”, Kevin has had numerous tracks and music videos featured on various international music blogs and online magazines such as Essentially Pop, Music-News.com, Artistrack, Music Notes Global, Vents Magazine, NeuFutur Magazine, including being featured on WCCA TV from the UK and IndiMusic TV based in America.

When I was 11 years old, my best friend and I used to be obsessed over Linkin Park all throughout primary school. I was a shy kid in school and all my peers always looked up to music artists. I wanted to feel like one of them, so it made me decide to pick up learning the guitar. At the time, I was told that my crush at the time was a fan of a particular pop singer, so I also started vocal lessons and rehearsed a particular song over and over to sing it to her. It didn’t go down very well, unfortunately. Haha!

Looking back, I still find it funny that it was my desire to feel “cool” that motivated me to start learning how to play an instrument. However, I haven’t stopped since and I’m glad it got me started.

What made you first realize you wanted to pursue a career in music? When did you know that you were going to make music a career?

All through my teen years, I had always wanted to pursue a career in music. Truth be told, I do actually have a full-time day job. It’s hard to say if I will ever quit my day job to pursue music full-time as a career. That said, I have still been actively composing, recording and performing music.

I wrote my very first full song when I was 15 and people who had a listen to it at the time were rather impressed that I was capable of writing a song like that. The positive feedback and support I received motivated me to continue writing music.

Back in high school, a friend of mine had committed suicide and I was going through emotions I had never experienced before. I then channeled these emotions into writing a song on my acoustic guitar, but it never went further than that. 8 years later, while I was re-visiting old files on my laptop, I stumbled across this same song, in which I then adapted it into a romantic song to be played on the piano. This song eventually became my very first release as a solo music artist, titled “Fight For You”.

To what do you accredit your sense of style? What musical influences did you listen to growing up that helped to mold you into the artist you are today?

This is a tough one as my music “style” comprises of a wider range of music genres than usual. I suppose the band Linkin Park was the very first reason I even started music, so the death of Chester Bennington definitely had a major impact on me.

In terms of the Pop/Acoustic genre, Ryan Cabrera was definitely a major inspiration to me. When I picked up my first electric guitar at 13, I would learn songs from bands like Green Day, Sum 41, The All-American Rejects and Incubus.

Just like most people, I eventually went through the emo phase. After becoming the lead vocalist of a band in Australia, I found my interest in the Post-Hardcore genre from bands such as Escape The Fate, Asking Alexandria and A Day To Remember. It was the very first time that I had attempted scream vocals as that was the music-style my band was going for.

Would you prefer to be independent or signed to a major label?

At this moment in time, I am pretty happy with how things are as an independent artist. As mentioned above, I do have a very demanding full-time day job so I may not have the capacity to meet the deadlines of a label. Being independent also gives me the freedom to compose and release what I want and when I want to, without having to worry that my career is on the line. However, if the opportunity to be signed ever came about, I would definitely consider it depending on what my current circumstances are.

This is subject to a lot of controversies, but I have my own opinions about this. At this moment in time, I do definitely feel that the music industry is very biased and is very dependent on an artist’s marketing budget.

The biggest challenge of any aspiring artist is not composing good music but instead creating publicity for themselves as an artist. That in itself is already a subjective statement because what exactly is “good music” nowadays?

The biggest change in the music industry, in my opinion, is that – Talent is not found, talent is created. If a young star has the funding for it through an organization, they could hire the best songwriters/producers of the world to get started. If a music artist becomes famous because of someone else’s work, how much of an “artist” are they really as an individual?

What do you think your “biggest break” or “greatest opportunity” has been so far as a music artist?

My biggest achievement thus far as a music artist would be having been featured in multiple music blogs and websites, 1 of my music videos on featured on WCCA-TV and 2 other music videos on rotation on Versus Media.

I have also been receiving a lot of support from fans on other platforms such as YouTube and social media. It is truly the greatest feeling to receive positive feedback from complete strangers from the other side of the world!

My greatest challenge as an artist would be publicity and getting heard. Marketing a release independently can only go so far, unfortunately.

Apart from just studio work ethics, I truly believe it is fundamental to maintain a genuine relationship with your studio producer/engineer. Once you have a strong relationship with them, they know your voice or your musical capabilities better than yourself at times. I always think of it like the artist is the one with the dream and the producer brings it to life.

The term “artist” encompasses a lot of things in my opinion. An individual could be an accomplished musician or a veteran in training other musicians, but it does not mean they are a songwriter. I tend to write songs based on my own personal struggles and experiences. Hence, the songs that I write are not just music to me but are also a channel of expression of myself in that particular moment in time.

I’d probably say someone like Ed Sheeran. He sounds like a great dude and someone who would be a lot of fun to hang out with. On the Metalcore-style of music, it would be Danny Worsnop from Asking Alexandria as there is so much I would love to learn from him.

The most common of comments I have received are always along the lines of “Wow, I didn’t know you could do that.” or “You sound like 2 completely different people!”.

Since my vocal-style ranges from clean falsetto in a Pop Ballad to low growls in a Metal song, it is my way of making a point to listeners that there should be no limitations to what you want to do. I never believe that an artist should be restricted to one genre or style.

Give talented musicians a fighting chance to be heard and stop spoon-feeding Pop Idols if the only reason is that their image brings in the $$$.

I am actually a fully-qualified Chef and had been working as a Chef in fine dining restaurants for several years. While I no longer cook for a living, my passion has always been in desserts. I absolutely embrace spare time (when there’s any) cooking up a 3-course meal at home.

Each song of mine conveys a different message that ends with a conclusion. I found that the most personally-satisfying method of conveying a message in any of my songs is through a music video.

The song “Fight For You” is about neglect in a romantic relationship and its consequences on both partners. The song “Better Days” is about the struggles of going through depression and how often people fail to see that hope is closer than they realize. The song “Voices” is about substance addiction and the battle against temptations.

I have just finished recording a Rock Duet with a very talented female singer. This is also a song with a deep message that I hope will impact the audience in a positive way. We are currently in the works of filming a music video for this very soon.

As an aspiring independent artist, it’s hard to say if I will ever make a living out of my music. However, a current goal for me would be reaching a point of revenue generation where my music is able to fund itself to cover studio fees, music video projects, new music equipment, and marketing.

Before embarking on this journey, be upfront and honest with yourself as to why you are doing it in the first place. Only you have the answer to that, and it is important to establish that from the very start or you may walk down a road of disappointment.

The biggest cliché to me is the phrase “Doesn’t try to sound like anyone else”. While there is a lot of truth in that to make yourself sound uniquely “You”, there are already too many music genres that exist out there to not be automatically categorized somewhere. There is little need to reinvent the wheel in the music industry, in my opinion.

If a particular music artist’s style resonates deep within you and that’s how you want to sound, go ahead! Just because your music has similarities to someone else’s doesn’t make your song bad. There is an audience for all types of music and the same will apply to yours. Do what you love, write what makes you happy, and your passion will keep going strong.