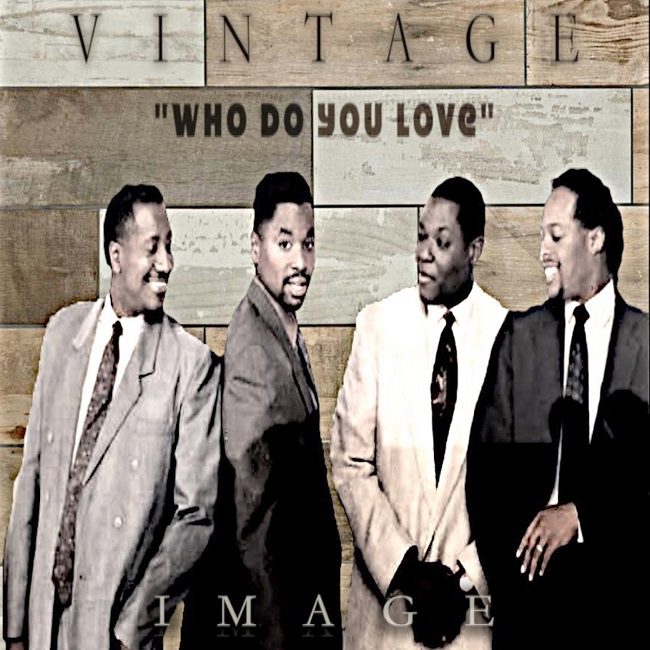 IMAGE was formed in San Diego by Johnnie McKnight, Kenneth Sexton, Jeffrey Nixon, and Palmer Perkins. While Johnnie and Kenneth met while they were stationed in the US Navy, Jeffrey and Palmer were introduced to the group by the late Clarence Bell who was their producer at the time. There latest single “Who do you Love’ brings back the nostalgia of the ’60s with its soulful vocals, beautiful lyrics and enchanting music. No wonder the song has received comments like “This is a classic” and “We need more of this today. People are actually singing and good”, on YouTube.

IMAGE has performed around the San Diego area and at one of their shows, they got noticed by the platinum producer and songwriter Charles Simmons, who later signed them to his label Opulence Records. The band’s latest single ‘Who do you love’ is written and produced by Charles, and recorded and Engineered at Blitz Recordings Studio by Richard Blitz of the group The Blitz Brothers and top-charting Jazz group GTF. Talking about the chemistry within the group, Kenneth says, “We are a vocal group with different ranges and unique styles.’ We’re like Earth, Wind and Fire, Maze and of course, the mighty Temptations.”

He further adds, “To all on your musical journey, stay true to your craft and never compromise your Integrity or your artistic vision. There is an audience that is waiting to hear what you have to offer so never be afraid to walk through the door. Doors may close only so you can enter through the right one.”

After signing with Opulence records which were an independent label, they had a release party with major A&R label executives in attendance. Although they rocked the show and garnered great appreciation from the audience, IMAGE was released from the contract so they had to start over and keep grinding to make their space in the music industry.

IMAGE is currently independent and all the experiences they had has taught them the various dynamics of this industry. Despite everything, they believe in their craft and music style which is unique and new. The band says, “Our styles reflect new and past schools of music and our spiritual faith is what keeps us rooted and humble. As long as we continue to have faith in God we have already won.”

The group name IMAGE was Derived from each member being from different parts of the country as well as having different and unique vocal styles and ranges. IMAGE consist of Johnnie McKnight, Kenneth Sexton, Jeff Nixon, and Palmer Perkins

At an early age, each individual member had been performing in the home towns as kids in their church choirs and upon reaching the teen years it was clear all four men had something special worth perusing

We all listen to groups like Earth Wind & Fire, Maze, Cameo and Ofcourse the Temptations, O Jay’s and the Stylistics. Even later groups like Jodeci and Boys To Men.

Charles Simmons is the writer and producer with 8 Platinum hits under his belt heard us performing in San Diego and signed us on the spot to his label at the time Opulence records. He felt that RnB had taken a turn and needed to be brought back to its roots and IMAGE fitted that vision he saw.

One of the major challenges is being a vocal group held to an adult contemporary market, and we understand that. But this is an untapped and profitable market were younger groups just blossoms. We also have the new flavor but sometimes Simplicity is still king alone with vocal performance and we have that.

We are definitely good at what we do But will never pat ourselves on the back. There are some artists out here now that can truly bring it and we admire their style. But don’t sleep on us.

We are currently independent And are doing well in different markets here in the States and abroad. It’s been a slow crawl that’s picking up enormous speed. Whatever God has for us Will be We would just stay on the path a keep the faith.

Clearest Bell was the 1st producer that we had And we use to open for him and a jazz club in San Diego called the Catamaran. He is no longer with us but he will always be in our hearts.

To our wives and our families, We would like to thank you for all your support throughout the years. To Charles Simmons, The one that took us under his wing We say thank you. And to our Lord and Savior Jesus the Christ we give thanks and praise for your never Unwavering protection..

Stay true to your craft, Never waver or change who you are. Some may not like you but others will. Truly as one door closes others open so just walk through…IMAGE