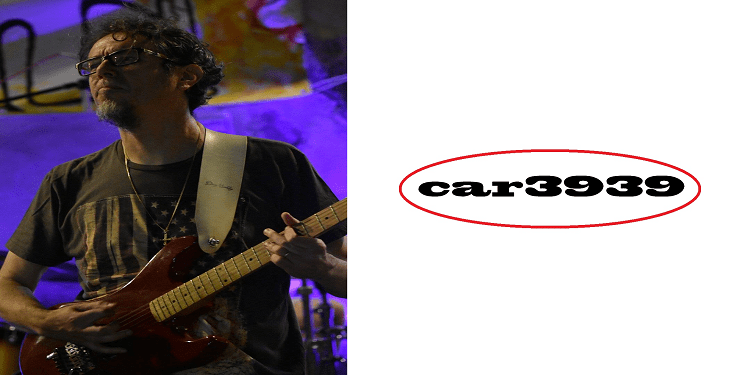 Car3939 (Giancarlo JC Parma) is an Italian IT Software Engineer with the passion for guitar and music composition. He has released two Solo Album, “Rock Places” (self-released September 2017) and “Walking” (self-released May 2018).

He began playing the guitar at the age of 12. After two years of self-study, he attended a G. Govoni (an Italian jazz guitar player) guitar course.

In 2012 he founded the rock cover band JCBand as lead guitarist.

All instruments played by car3939. Furthermore, in the tune “Fluido” the keyboards were played by Bruno Mazzacurati (JCBand keyboard player). All mixing and mastering performed by car3939.

In the meanwhile, in the same month May 2018, the car3939 Live Project had been put in practice. The band was composed by JC (guitar and voice), Moses (bass) and Vale (drums).

When did you first discover your love for music?
I was young and I was listening to LPs owned by my sister.

What made you first realize you wanted to pursue a career in music?
I don’t know, two years ago I started to write my music and then I wanted to public it.

To what do you accredit your sense of style?
I was listening to rock music since I was young, thanks to my sister who was a fan of rock groups like Led Zeppelin, Deep Purple, and many others.

How do you feel about the present state of the music industry?
I don’t care about it. I write music because I feel the need to write.

I play the guitar since I was young and I started to release guitar covers and guitar lessons in my Youtube channel since 2008. My influences are EVH, Page, Hendrix, Clapton, The Edge, Summers, SRV, Santana, Gilmour, Marr, Blackmore, Rodgers, Vai, Frusciante, and many others.

That’s where I get ideas for my songs I suppose, but the most important thing is that my songs come from within. I don’t think about to write a song, I start to play guitar and often the idea come by itself.

It’s very difficult questions, the covers of my albums are about mountains and trees but only because I love nature. I don’t know if my music conveys that images. We can say that I hope for that.

I’m currently working on my third album. I don’t know the name of the album yet, but there will be 9 or 10 songs. My aim is to release the album before the summer.

Being himself and don’t think about success but only to be glad of own music.

Is there anyone you would like to thank?
Yes, first of all, my wife, then my family.