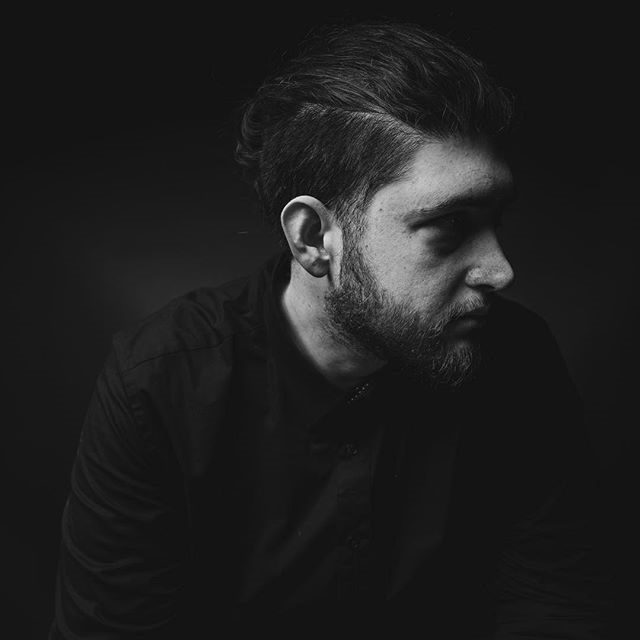 It’s a strange one because my full name is Mohammad Rayan Bailouni. Growing up in Abu Dhabi, in high school we had about 7 Mohammad’s in class so everyone with that name was just automatically called by their surname. Later on, my family name got associated with being the singer of my band, so I decided to use my middle name as an alias and separate the performer side of myself from the producer side.

Ever since I was about 15 I was always downloading and meddling with different audio and recording software learning how to do different things. However I only really got into the technical side of it when recording demos for my band’s (Coat of Arms) album “A Shade of Red” in 2015.

The guitarist, Amir said that he thought with enough practice and persistence I would be able to produce and engineer the whole thing. I was very apprehensive at the time but I always had the belief that I could do it, so I decided to try. After that album, a couple of bands hit me up asking if I would do their records as well. I then moved to Dubai full time and decided to be a music producer full time. I started working on every genre I could and showcasing the areas of crossovers I felt existed between them. I guess Amir was right after all!

I definitely think it’s a combination of different things. My mother’s musical taste, being a millennial, and being in a band are all major contributing factors. My mum is a huge Motown fan so a lot of the music she listened to was so vintage and soulful.

Growing up the 90s and being exposed to so many different mediums of disgusting music made me look for so many different genres to listen to. It got me into music like Incubus, KoRn, Craig David, D12 and City & Colour, which are all extremely different styles. I think that eventually had a big impact on me being associated with no genre and being able to find pockets between them.

A lot of the new music I’m working on is very much around trying to offer a fresh twist on music that already has an established sound in Dubai. It’s such a cosmopolitan city with so many different cultures and ethnicities. A majority of my upcoming work is incorporating cultural twists on modern day music. Samurai inspired trap records, 90s inspired pop, retro funk with kpop, and hip hop mixed with modern Emarati culture.

The biggest challenge is keeping motivation with artists at a high all the time. People often forget that artists explore their emotions for a living, which can have a negative effect sometimes. It can be really demotivating when some decisions don’t work out or materialize.

But that’s always a huge part of growing and learning to be better. So it can be challenging to manage those emotions in a studio setting where you have to continuously be productive. The best part of my approach is to never make it view any decision or situation by the “swing” of an emotion. Things are never normally as bad or as good as they appear through emotionally tinted glasses. It’s usually somewhere in the middle. So I normally just try to give perspective because it helps to keep an artist grounded and motivated to get back to work.

I think the moment someone truly believes that they’ve pretty much initiated their downfall. I don’t believe there is a “best” artist anyways. Art is about expression, not competition. There shouldn’t be terms like “best”, “win”, “better” and “worse” when it comes to expression. I think that I’m exactly where I’m meant to be, and I’m very proud of what I’ve done in the little time I’ve been at this.

Just more music. More collaborations. I have some huge announcements I’ll be making soon but just can’t say it yet, but I’m praying all goes well for some really exciting times ahead. Got over 70-80 songs to come out over the rest of the year and whatever more materializes until then!

I’d like to give a massive shoutout to my family, my better half and all the friends I’ve gathered along the way. There are times I’ve needed their support and they’ve never ceased to be there for me.

You can find me on Instagram as @m_bailouni or check out my website for updates and booking any sessions at www.rayanproducer.net

Always remember that nothing in life, no decision, is a matter of being right and wrong. It’s a matter of right and left. Everyone has their own path and direction. Follow yours and be you.