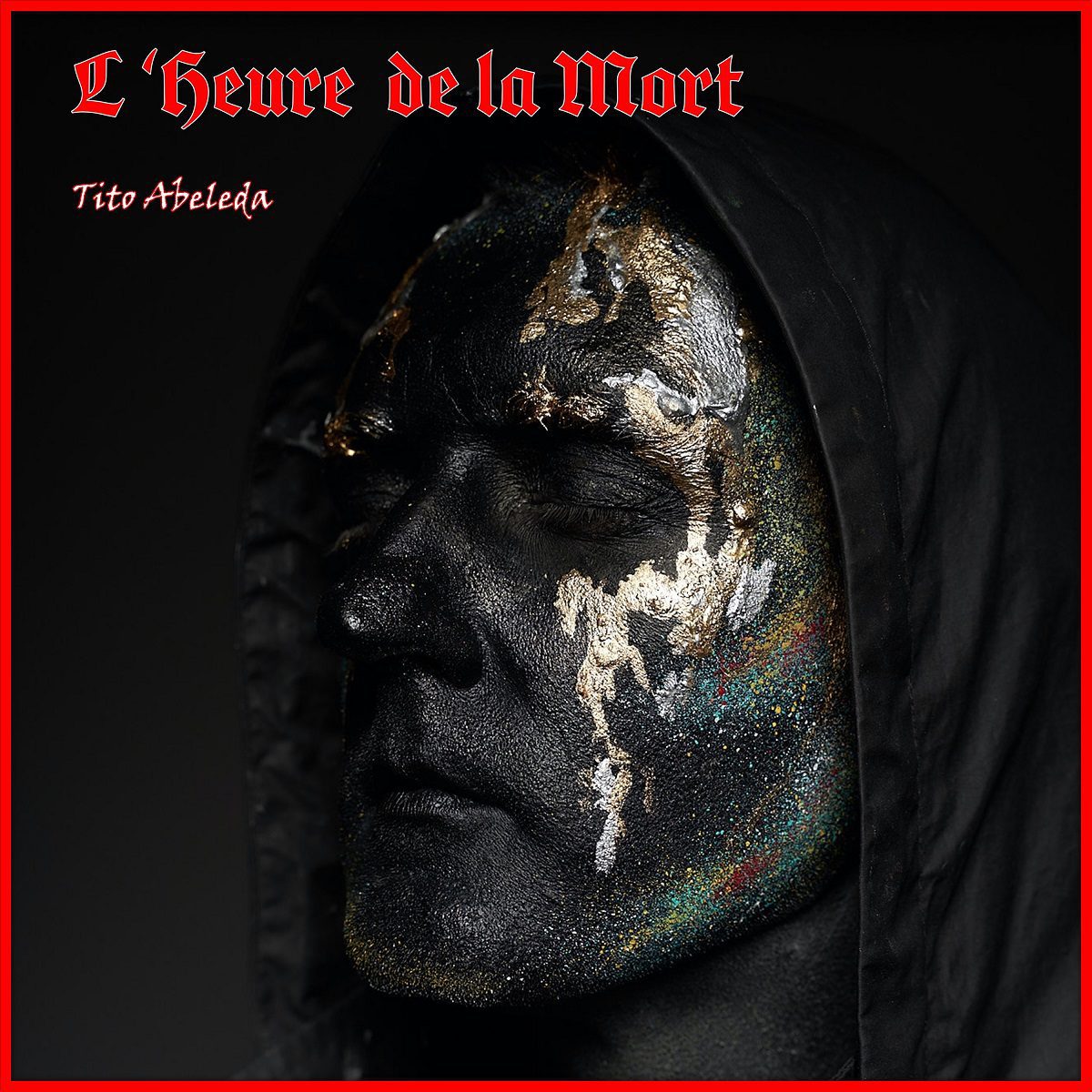 My professional name is Tito Abeleda. It is a nickname that I grew up with as a child and chose as my professional stage name when I started performing professionally. My legal real name is Lamberto O. Abeleda, Jr. But no one ever used that name, even my family. I take that back, the only time I would ever hear that name used was whenever I was in trouble with my parents.

Aside from that, I was always known as Tito. All my family and friends called me Tito. For some historical context, my father is also named Lamberto Abeleda. Friends and family would call him Bert for short and called me Bertito meaning Little Bert. As time passed Bertito became Tito. So, you can find all my music compositions and performing arts credits with my pseudonym/stage name Tito Abeleda.

I discovered I loved music when I was a young boy. My baby sister got a toy piano one Christmas. She didn’t touch it. But I couldn’t get enough of it. I kept banging on the toy piano so much that my parents asked if I wanted to take piano lessons. I immediately said, “Yes”! My parents did not want to buy a piano until they saw that I was committed to this.

So, they made arrangements for me to practice the piano at a neighborhood friend’s home. If I could show that I practiced and enjoyed playing the piano for a year, my parents said they would get a piano for me. Well, I have been playing since then and studied it all the way through college.

The piano inspired me to take on other instruments such as oboe, bassoon, and saxophone as well as taking on dance. When it came to making plans for college, that is when I knew that I wanted to pursue music/performing arts as a career. This realization actually occurred earlier.

During high school, I had amazing performing arts mentors in music, theater, and dance. I knew deep down by my Sophomore year in high school that this was going to be my career. But it became a reality when I made concrete plans to choose a school and a major.

I went to Butler University, Jordan College of Fine Arts majoring in Performing Arts. They were the only school I discovered that had the reputation, teachers, and program that embraced all three art forms, music, dance, and theater.

Other schools wanted their students to choose one craft over the other. Because I had been training and performing in all three performing art forms for as long as I could remember, I chose the school that would be embrace who I was as a whole.

After graduating from Butler University, I began what was to become a 30-year long career in the arts from director/choreographer, Broadway performer for 10 years, piano accompanist, composer, and producer.

In 2016 I took some time off on medical leave. During my healing and recovery, I only had the piano to keep me company. It was like a return to my musical roots. I began to compose and produce my own music.

At first, I started with dance music and infused it with classical style music. You can hear it in my earlier EDM music.  Having evolved considerably since then, my last few albums have been of the modern classical, cinematic genre of music.

This genre of music is very emotional and soulful for me and it has connected me to my listeners in a very deep way.  Creating music motivated me to start Visionary Quest Records.  I started Visionary Quest Records in 2017 to embody my music as well as to serve as a vehicle for me to create music for other creators to bring their creative visions to life.

I am grateful to my listeners who have motivated me to continue making more music. My followers on Spotify have grown to 17,700 listeners since the launch of Visionary Quest Records.

I have been greatly influenced by a diverse set of composers that I hold dearly in my heart. In my piano compositions, you can hear an interesting mixture of influences from Chopin, Beethoven, Bach, Max Richter, and some Debussy. For my orchestral compositions, I have been influenced by the dramatic styles of Abel Korzeniowski, Nathan Barr, Hanz Zimmer, and Alan Silvestri.

During this pandemic, no one has been immune to the loss of loved ones. The winds of emotions during this pandemic have been nothing less than turbulent. Because emotions play such a significant part of how I process life, my creativity follows suit. So, I write music that helps me process all these feelings.

The result was the creation of this newly released album L’Heure de la Mort. L’ Heure de la Mort pays tribute to those taken away from us – to those gone too soon. May they rest in peace as they are blessed in the eyes of God. L’ Heure de la Mort means the Hour of Death. Although that moment is different for everyone, death’s inevitability is the same for all.

This album expresses all the emotions I have been feeling during this pandemic. There were some days of utter sadness, other days of self-empowerment. Yet there were other days where I just wanted to escape to a dream world free of this world’s dysfunction. Other days I was inspired by the great acts of human kindness and courage.

It is an eclectic album that is dark, memorable, soothing, nostalgic, sentimental, and poignant while also resonating the resilience of the human spirit. It was just recently released on June 21st celebrating World, Classical, and International Music day.

I want to thank my father and mother, Dr. and Mrs. Lamberto and Olivia Abeleda, to me Dad and Mom. My parents have given me their full support to pursue all my dreams – ALL my dreams, every venture, every endeavor. As early as I can remember my father told me and brother and sister to dream always and nothing was too big to dream about, so dream, dream, dream. He said, “I will always be behind you so that you can pursue your dreams.” He has remained true to his word to this day.

In high school, I was all set to follow his footsteps to become a doctor. But when my passions and my own self-truths were apparent to me that I wanted to pursue the arts as my life journey, my father let me do so and supported my college career so that the path was clear for me to attain this.

We even had a Christmas tradition where my brother, sister, and I would rotate on who would get their choice of musical instrument plus lessons. Whatever musical instrument inspired each of us, we would get our instrument of choice if it were our turn for that Christmas – including private lessons. I could write a book sharing the many stories of how supportive my parents have been.

My parents hold a special place in each and every chapter of my life. As I was embarking on my career as a composer and record label owner, I wrote two modern classical pieces that I dedicated to Dad and Mom. The pieces are entitled Tears from My Eyes: Remember Your Feelings (for Orchestra) and Tears from My Eyes: Reflection and Contemplation (for Flute Choir).

I am so honored to have parents that have believed in me all my life and continue to believe in me. For this, I am eternally grateful and blessed. “I love you, Dad. I love you, Mom. Thank you for always being there.”

Fans can find Tito at the following links:

Fans can also subscribe/follow Tito on:

Believe in yourself and follow your dreams. Do not create a plan B for your dreams or you will never pursue your dreams with all your heart and passion.