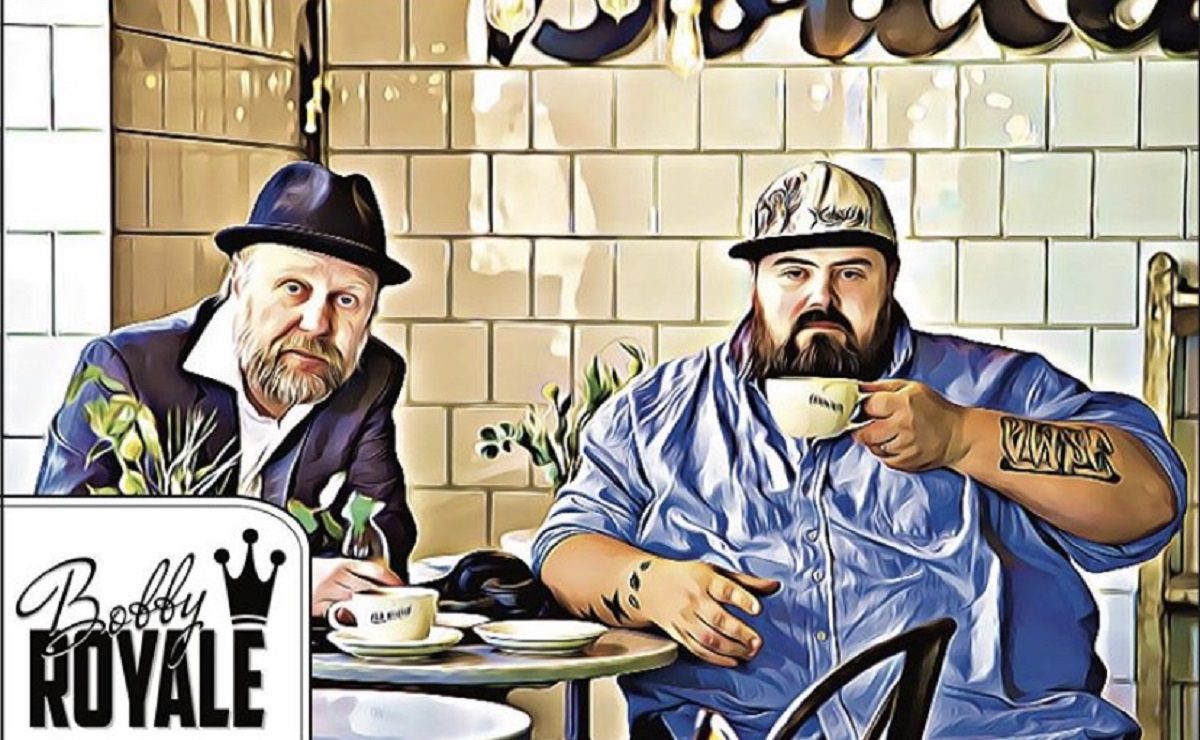 Ever since I saw the movie Beat Street 1984 I knew I wanted to be a DJ, but since DJing in Sweden mostly consists of playing garbage music to people drunk out of their minds I wanted to play live music instead. To be sure I could nag my way onto the stage with the real musicians, I bought a pair of congas because it was the only instrument no one else played. Eventually, I got fairly decent at it. Now I put together my own band and have started to play drums. I suck a bit at it, but who’s gonna fire me?

Bobby Royale isn’t a concept. It’s an ever-changing process formed by the creativity, imagination, and artistry of our members, for better or worse.

Yes, of course. Mainly because we’re the only ones doing what we’re doing. If we were trying to do something someone else already had done, we would really suck.

Try to put out a new song once a month and also play live. We turn goat piss into gasoline on stage.

We would like to thank the absence of God. If he existed he might not have let us come this far. Also Rolf at Staarsound for believing in us!

Have fun while you´re not making it.