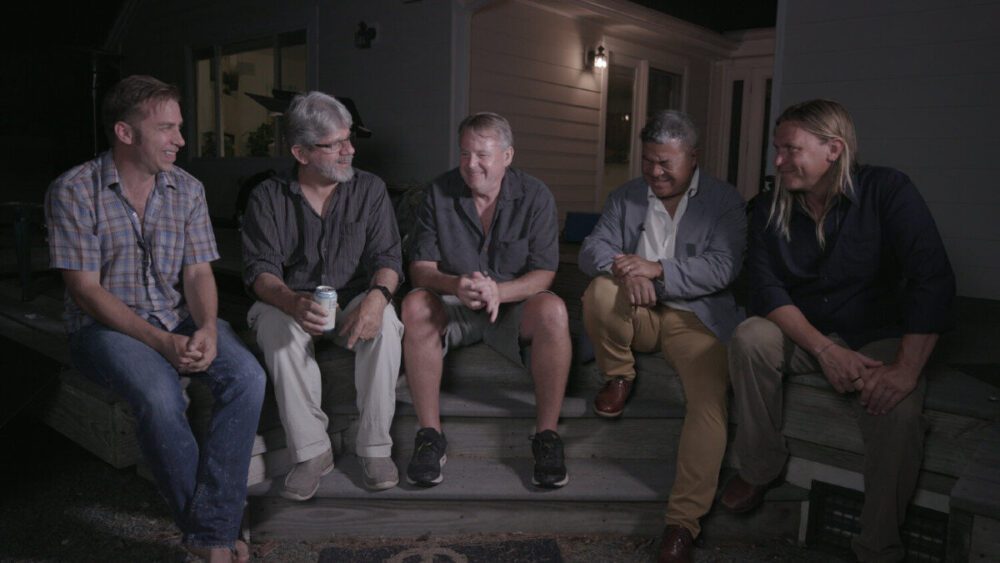 Originally inspired by the 2016 shooting of Philando Castile, “Chalk Lines” not only displays deep dismay at the predilection toward violence of a small group of police officers but conveys admiration for those officers who provide service and safety without stooping to racist agendas.

Ink To Spill’s Bob Sauer shares, “As a young person, I had a few scrapes and traffic stops with the authorities, but I can’t imagine what it’s like to be concerned that one of those events could turn into loss of life in an instant.”

The plague of police shooting came to a head in 2020, highlighted by the death of George Floyd, exposing the rampant violation of civil rights by those in authority. Protestors surged into the streets across the country, vilifying excessive force and biased reaction. Black Lives Matter took hold, resulting in the largest action group in U.S. history.

The song’s title – “Chalk Lines” – refers to the forensic outlines indicating where the bodies lay, while the lyrics portray the human cost of the tragic events.

“And though it pours / There’s still not enough rain / To wash away the chalk lines / As they describe another lost soul’s frame.”

Visceral and disturbing, the video depicts heartrending images at once appalling and inspiring. People stand shoulder to shoulder, coming together to oppose the tyrannic employment of cruel power against other human beings, while other images present the faces and names of the victims. Indeed, the most moving image in the video is the almost endless list of the names of people slain by uncompromising police officers.

Ink To Spill is made up of Gus Reeves (lead vocals, guitar) and Ernie Adams (drums), who are joined by Bob Palmieri (guitar) and C’Quil when performing on stage. Although the band’s members are located throughout the U.S., they collaborate on their music by means of the internet.

“Dotted across the landscape / Urban centers of pain / Mother’s weep for justice / But their tears fall in vain.”

“Chalk Lines” conjures up ardent feelings of regret, remorse, and shame at what has come to pass.