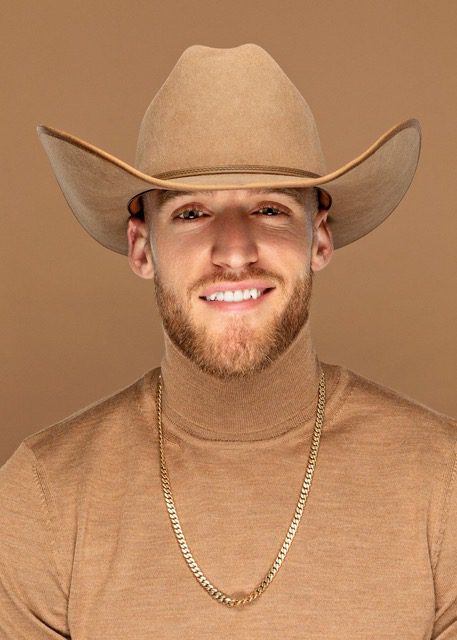 CWBY, a rising artist in the music industry, understands what it takes to be a successful star. He knows the hardships and sacrifices required to be the best. After going through a rough phase in life, he found success with music. His recent release, “Trapstar,” talks about his real-life experiences of love, relationships, and heartbreak that audiences can relate to.

CWBY was born and brought up in Florida. He struggled for seven years before he realized his calling in music. He lived out of a suitcase in motels for three years and even worked for 16 to 20 hours a day. Life has been full of challenges for the young artist but he managed to overcome them with perseverance and hard work.

At the age of 19, he was working as a promoter in an EDM club in Tampa. His life took an unexpected turn when a DJ offered him the opportunity to be his MC and hype man. The idea of walking around the stage creating hype thrilled CWBY, and he loved the experience and grew more passionate about becoming a music artist.

CWBY initially began his journey as a rapper, but even before releasing a single song, he switched to become a singer when he realized his true potential. He soon began experimenting with different genres of music to create his signature style, developing unconventional music that combined hip-hop, rock, R&B, and country music. In March 2020, CWBY released his first song that was well-received by music lovers around the world. In the song, he highlighted the complexities of relationships that every person could relate to in their own lives.

His latest song, “Trapstar,” talks about the world that most of us are trapped in without realizing it. He shows his vulnerable side to his audience and shares with them his failed relationships and downfalls. Like everyone, he craves love. However, his fast-paced life has given him no room for long-term relationships. The song is produced by “Plantez,” the same DJ who hired him as his hype man. The music video, directed by O Soloman, has impressed the audience, who are looking forward to hearing more from CWBY.

Besides being an artist, CWBY is also a successful entrepreneur, managing his cannabis business without letting it interfere with his music. CWBY is working hard to improve his skills and present something new and unique for his audience. He is focused on multiple upcoming projects, including one big summer track that he feels will be a big hit.

CWBY wants to top the Billboard charts and is working hard to realize his dreams, which include performing live in front of a large crowd after the pandemic put that aspect of his career on hold. He wants to feel the energy of the crowd and the excitement in the air as he performs before his fans. CWBY also hopes to collaborate with renowned artists like The Weeknd, Ariana Grande, and Eminem. This has been his dream ever since he started as a musician.

Continue Reading
You may also like...
Related Topics:artist, CWBY, Music