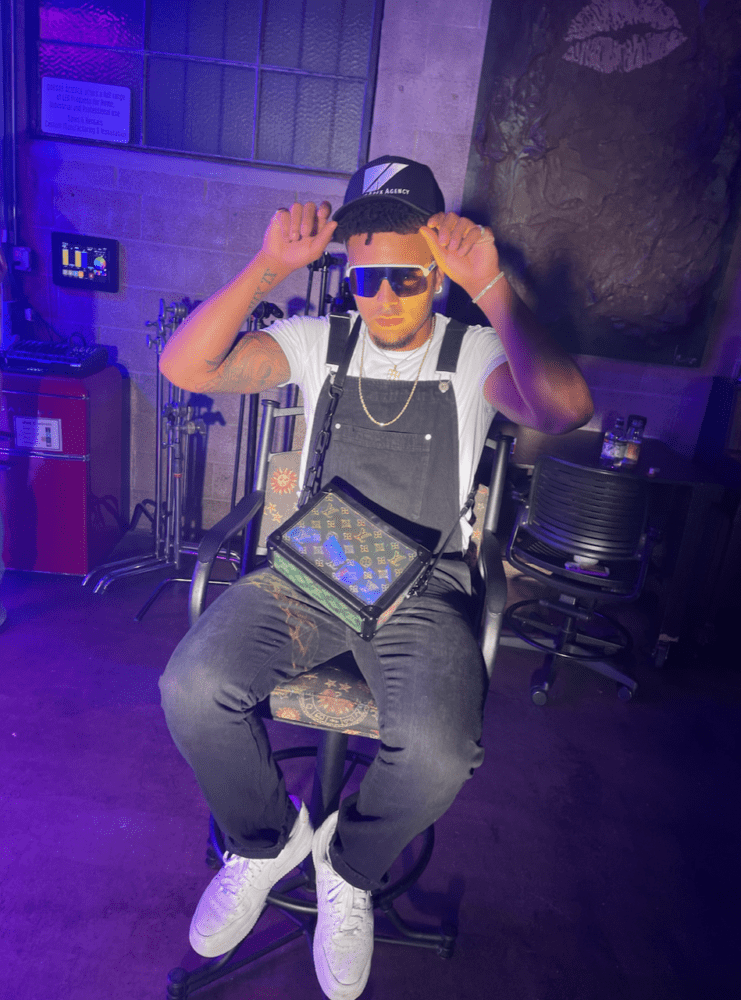 The entertainment industry is one of the most difficult industries to get into. While most people dream of being artists, actors, and musicians, these dreams often fade due to the realities of the situation: the difficulties and how it’s a one in a million chance of being a successful musician. Gio Franklin, however, had the passion and belief in himself to carry on into this field and rise up.

Franklin, who just released his second album labeled G STAR 2, is making waves in the music industry with his incredible work, unique style, and a steadily growing fanbase.

Right out of high school, Franklin received an All-American Honors for football; his athletic legacy is deeply rooted inside of him and is a part of who he is and has a love for sports. Franklin went on to play in the Netflix series “Last Chance U,” and after that, he decided that music was his direction and school wasn’t necessarily getting him there. Therefore, Franklin took a break from school and started to focus on his album full-time.

Not long after he started to give his musical work his full attention, Franklin released his first album called G STAR. As no surprise, this album was a big hit, especially in his hometown of Kansas City, MO. That summer, after the release of his album, Franklin moved to LA, where his popularity started to grow, and he met some amazing people, such as gaming creators FazeClan.

This was only the beginning. Franklin’s network became bigger. He was booked for a tour with GASHI and Tinashe; however, this couldn’t go ahead due to the pandemic. Franklin got to meet Adam Quinn, the CEO of The Apex Agency. Adam recently launched a record label and has an eye for talent. Franklin talks about how Adam had an incredible impact on his success and career as he took him in and showed him the ropes.

Franklin recently dropped his latest album titled G STAR 2, and he is currently working with the celebrity vocal catch Nick Cooper on another project. Franklin plans to do business with his friend Adam Quinn and Apex Records, and they will be announcing some A-list artists signing up with them.

Life has not been very easy for Franklin, and all this success has been rooted in the many challenges he’s experienced and had to fight. He has experienced many deaths in his life, such as his stepdad, uncles, aunt, and his favorite cousin, who committed suicide. Franklin was raised by a single mother, which taught him the valuable lesson of getting up and keeping moving forward because that’s what life is.

Franklin says that when giving advice to the coming generations and whoever may be looking for advice, you must always shoot for the stars and keep your dreams big. To never lose the dreams you had as a child and the passion that fuels them. Franklin’s goals get bigger and bigger, and he sees himself winning multiple Grammy’s in the near future. He would also like to start his own music label or talent agency.

Exclusive “notKhoi” Interview with Muzique Magazine
Understand your emotions better than ever. Niv Ariel’s “Break Down” helps you with just that!
Advertisement