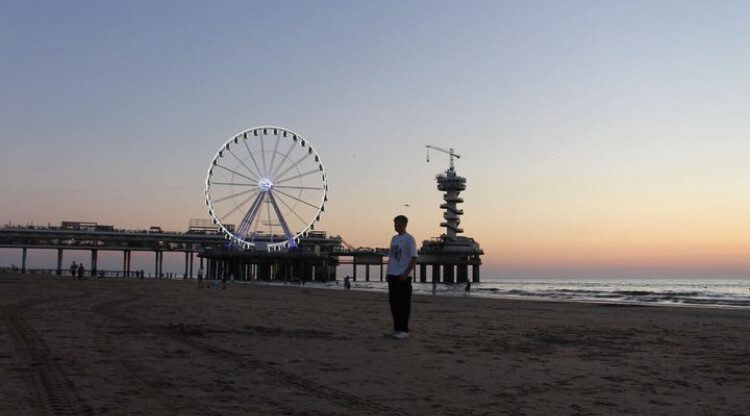 Pablo Hell is not a new name to the Europe and US music scene. The German producer, singer, and songwriter has established and solidified his place in the global music scene, attracting a lot of attention on Soundcloud, Spotify, TikTok, and other online platforms. Pablo’s single, “Lemon”, is at nearly 200,000 on Spotify, and his debut EP, Between Water and Fire, released late last year, is already a trending sound on various streaming platforms.

His unique sound/music style, strong music background, and love for what he does have helped him to break into the overly-competitive industry, working with notable names in the space. Pablo’s music is relaxed and features a very relatable vibe making the listener want to hear more.

Many young talented artists end up undiscovered as they don’t have anyone to guide them. The music industry is one of the most competitive fields, and without connections and money, it is hard to promote your music and grow your brand. Having walked this path, Pablo aims to show others through his story that while it is difficult, it is possible to get to the top. You just have to remain consistent, believe in yourself, and work hard, he says.

Pablo started making beats at a very young age. He loved listening to music, which he says highly inspired his choice to become a producer. Pablo wanted to help artists bring their ideas to life in a beautiful and timeless way, and he began learning and practicing beat-making. He joined the industry professionally in 2017.

Building his name in the industry wasn’t easy. Pablo encountered several obstacles that threatened his passion. But he didn’t stop trying, which is something he aims to show his fans through his work. Pablo spreads love, positivity, and hope through music, showing listeners that they should never give up.

Pablo worked in different aspects of entertainment ranging from management to music production. He has produced top beats and released several viral tracks, including “Grateful”, “Ain’t Broke” which is part of his new EP Between Water and Fire, “Cloud”, and “Lemon”.

“Lemon” placed Pablo on the international map and opened the door for more opportunities. It also inspired him to keep fighting for his dream, and with the new EP, he is a step nearer to where he wants to go.

Containing four songs: “Ain’t Broke”, “Thousand Shapes”, “Jumper”, and “Fatality”, the EP is setting the pace for the young talent. As Pablo Hell grows his brand, he says one of his goals is to continue releasing more fresh and timeless music that is easy to vibe along to and inspires and encourages listeners. He is also looking to work with other talented artists. “In a few years, I see myself producing for the biggest rappers in the US,” Pablo says.