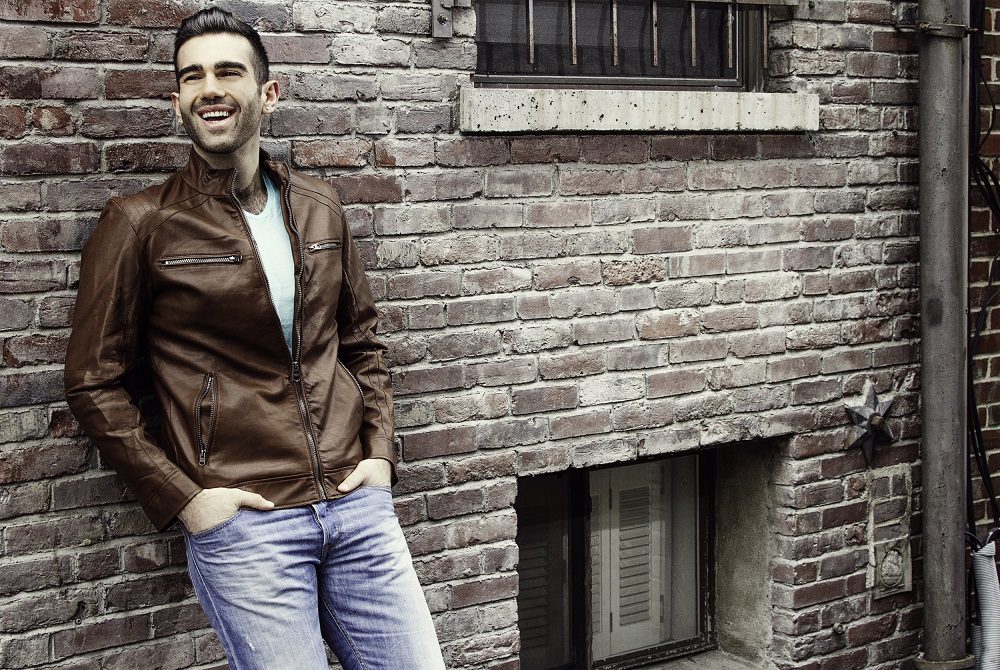 Roy Hage left his home in Hazmieh, Lebanon at age 16 to follow his dream of becoming his country’s first-star tenor. He not only accomplished his goal but has also become Lebanon’s first GRAMMY® nominee. As a teenager, his dream of becoming an elite opera singer was met with the admonition from the Lebanese Conservatory to “keep dreaming.”

“We’d spend our summers in bomb shelters and music brought me comfort. I’d listen to opera to help muffle the sound of bombs and imagine myself onstage with my idols. I’d listen to and sing along with recordings of Pavarotti and Caruso and even though I didn’t have their vocal range, I knew deep down inside I was like them. We had a fire and the warmth of the Mediterranean sun in our voices. I knew the stories I had to tell were too important to lay by the wayside. I’ve never let an unfamiliar path scare me,” he said with a smile and charming laugh.

With no other place in the region to pursue his training and with no prospects of performing opera in the region, Roy turned to the internet and learned of a top arts boarding school in the US, Interlochen Arts Academy. Accepted with scholarship, he began his studies there alongside future opera, Broadway, and ballet stars. The following year, he continued his studies at the renowned conservatory of music, Oberlin, and shortly thereafter, made professional debuts both in opera and with the orchestra with orchestras and opera companies including the Cleveland Orchestra, Opera Theatre of Saint Louis, and Saint Louis Symphony.

The following fall, Roy began classes at every musician’s dream school: Curtis Institute of Music. While Philadelphia’s Curtis may not be a household name to those outside of the realm of classical music, its reputation within it surpasses even that of its cousin, NYC’s Juilliard. Curtis has the lowest acceptance rate of any higher education institution in the US.  His time in Philadelphia launched his career and he has since performed over 60 operatic and symphonic works in 8 languages with the leading orchestras, music festivals, and opera companies on the world’s most revered stages, including Carnegie Hall and Lincoln Center.

“What’s my next step? To continue to expand my footprint back home in Lebanon and to bring out local talent.” Roy performed on MTV Lebanon’s ALIVE last summer where his “Nessun Dorma,” was broadcast live to audiences in Lebanon and internationally. “While I’ve been committed to supporting and mentoring in music organizations in Lebanon for the past five years, or so, that performance was very special to me. It was my homecoming,” he says.

“I’m humbled to have been given a hero’s welcome by Members of Parliament, colleagues in the Lebanese Armed Forces, and even former President of Lebanon, Amine Gemmayel. However, despite the fact that over a million people have heard me perform in my career over the past ten years, these supporters and, most importantly, my family in Lebanon have never actually seen me on an operatic stage. That’s a tragedy I intend on addressing by launching Lebanon’s first Opera Company in the coming few years!”

I asked Roy if he believes that opera is relevant or compatible with Lebanese society:

“I want to spend more time in the region working as an advocate for the arts, particularly in the commissioning and exploration of art that infuses operatic tradition with the local experience. This is the difference,” he says. “Opera is changing, and I know what it’s transforming into very much suits the stories we Lebanese have to tell. We’re unbelievably passionate and emotionally generous people with incredible stories that deserve telling. I want to help encourage those to speak-up who have yet to find their authentic voice or a platform through which to share it!”

“We artists have an indelible power which transcends language and religion and color and gender and nationality and so forth,” he proclaims. “Arab stories need to be told on a global scale which is why I’ve begun conversations with producers in the region to form and be one of the Three Arab Tenors! I’m already in discussions with another wonderful tenor who I’ve met in New York. This will be huge! Lebanon needs this. The Arab world needs this.”