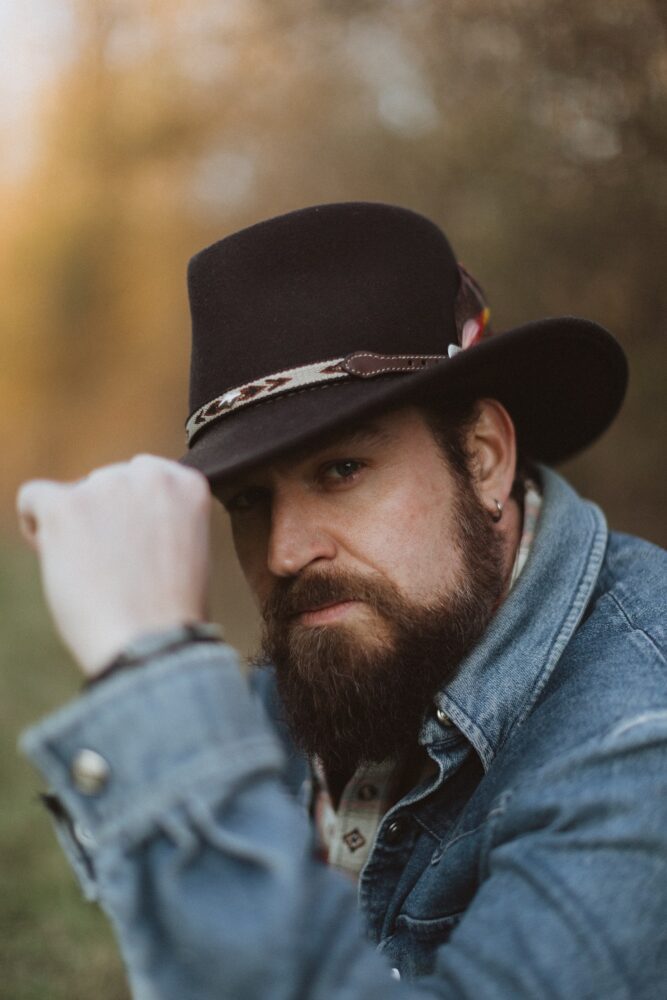 Matt Burke is a singer-songwriter residing in Nashville, he released his latest single, “Missed My Chance” in September of 2020. With his signature brand of old school outlaw country music, Burke certainly qualifies as a member of the classic country resurgence that the genre has seen over the last half-decade.

The new single is an ode to drinking away heartaches and having so much fun in the process that you forget about the heartache altogether. Burke, who had been gigging around with the Matt Burke Band for the better part of the last decade, has recently refocused on his career as a solo artist.

Today we speak with Matt about the classic country sound coming back into favor, what personal loss has meant to him in his musical journey, and what kind of advice he would give to his younger self.

Thank you for taking the time to chat with us today Matt. What has life been like in Nashville over the past year? The music industry across the world has been hugely affected by the pandemic, what has that looked like in Nashville?

It’s been a bit strange what with the pandemic. Lots of places have had to stay closed this whole time, and lots of stages are empty right now. For the few remaining gigs in town, you’re playing for like 50% capacity, and everyone is masked up and it’s just not a real “feel good” vibe. It’s strange. I’m grateful for the work I still have, but gigs have definitely taken on a different dynamic.

But on the positive end of things, I’ve been lucky to take part in lots of online collaborations, and I’ve seen lots of other folks in town shift their efforts to online songwriting and collaboration as well, so that’s been a plus. 2020 was a productive year for sure!

You lost your close friend and longtime musical partner Leona Ellis a couple of years ago. Firstly let me offer my condolences. How has that loss/grief affected your music and/or songwriting since her passing?

I’m so grateful that Leona came back into my life when she did. We grew up together in band programs in central Florida and she was always a really talented musician. When I moved back to Florida six years ago, my goal was to build up The Matt Burke Band to the best of my ability, and Leona showed up out of nowhere and became an amazing collaborator, player, bandleader, and friend.

Losing her was hard: she was the glue that held the full band together, and once she was gone it just didn’t make sense to continue the band. She pushed me to become a better songwriter, she expanded my music theory knowledge as well as my familiarity with soul, funk, and gospel music, and she gave me the confidence to pursue my dream here in Nashville. I had hoped she and I would eventually be working together here in town, but I am forever grateful that her passing served as the impetus to get me here.

“Missed My Chance”, the honky-tonk single you released in September of 2020 has such a classic outlaw country vibe to it, if I didn’t know better I would have thought it had been released in 1975, not 2020. What kind of musical influences did you draw on for this song specifically?

Haha, I love it – thanks! I’ve always loved that old 70’s outlaw country – Merle Haggard, Johnny Paycheck, Waylon Jennings, David Allan Coe – I grew up listening to all that stuff and I guess it sorta sunk in on some fundamental level. The recent resurgence of that outlaw country sound with artists like Chris Stapleton, Sturgil Simpson, Tyler Childers, etc. only served to push me farther in that direction with my songwriting.

You’ve stated that “Missed My Chance” is about drinking away heartbreak only to have such a great time that you forget the heartbreak altogether, that’s such a unique song concept. Is this song inspired by a real-life heartbreak that you drank away? Or at least tried to?

It’s not inspired by one specific heartbreak, but it’s definitely a pattern I’ve followed with breakups in the past. There’s always that one night you go out again to drink your troubles away and you have a surprisingly good time – you feel like you again. And there are so many songs already about drinking your heartache away in the bar, that I thought this was a nice spin on that.

Chris Stapleton began changing the country music world a few years back and since fellow country music purists such as Jason Isbell, Tyler Childers, and Sturgill Simpson have also heralded the arrival and resurgence of that classic country sound. Why do you think this music is making such an enormous splash in today’s modern music market?

I believe honest music will always resonate with listeners more than music with an end goal in mind. Stapleton, Isbell, and Childers are all making honest, authentic music with strong roots in Americana. They’re paying homage to the classic country and folk music of the 1960’s and 70’s while putting a new, fresh spin on it, and I think people appreciate that. It’s familiar and new at the same time, and it reminds us of a purer time in country music.

What is it about this old school, Americana, outlaw country music that you are drawn to most?

I’ve always been a storyteller with my songs, and these guys tell amazing stories. The way that classic country songwriters describe their characters and scenes, the way that they SHOW you what to feel instead of TELLING you – these aspects of classic, outlaw country. Have always inspired me. It’s real music with a purpose – even if that purpose is to talk about drinking whiskey alone in a smoky bar.

You’ve been around playing music with your band and by yourself since back in 2010, what has changed for you in that time as far as your approach to your music?

So much has changed in the past 10 years. Originally, my focus was on building out the best funk/soul/rock band I could, and now I’m focused on being the best songwriter and solo performer I can be. When I started working on The Matt Burke Band project back in 2010,

I lived in Chicago and still worked a full-time job. Over the course of the past 10 years, I’ve seen the record industry as I’ve always known it collapse, I’ve moved across the country twice, I quit my job, and have successfully made music a full-time career for the past 6 years.

I spend MUCH more time each day working on music and studying the craft of songwriting since moving to Nashville last October. I feel more inspired and excited about my songwriting now than I ever have in my career.

Oh man – I would tell 2010 Matt Burke to get really comfortable being broke.

If you could share the stage with any musician, alive or dead, for a one night only concert at the venue of your choice, which musician and which venue would you pick?

That’s a tough one, but I’d want to share the stage with Townes Van Zandt for a night. That man, in my opinion, is one of the most honest and prolific songwriters of all time. And let’s go ahead and keep the show local and do it at the Bluebird here in Nashville – the Ryman would work too if we needed a larger capacity.

What does 2021 look like for you? What can expect out of you musically in the coming year?

I am super excited about everything coming down the pike in 2021. My producer and I have more than an album’s worth of new material we’re working on that I can’t wait to release.

I plan to put a new tune out every month or so for the coming year, as well as lots of new video content on my YouTube channel. But the biggest thing I’m excited about in 2021 is the return of live music. I am hopeful that things will get back to normal this summer and I can get back out on the road to play my music for new folks around the country.