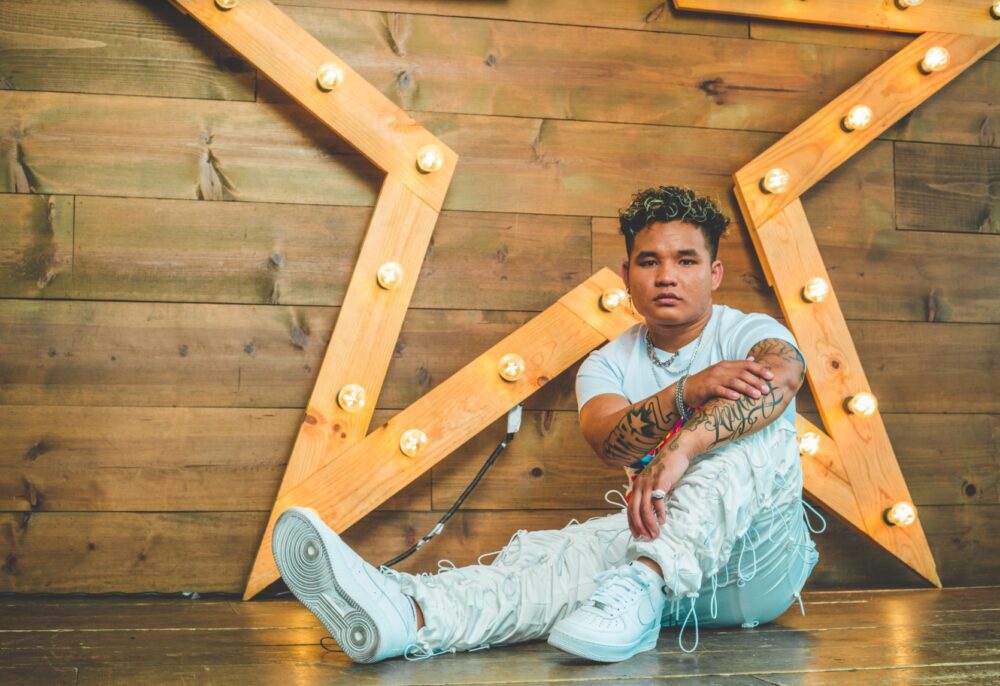 San Diego-based Asian American rapper Star 2 recently unveiled the music video for “If U Want 2,” a song narrating the thrill of new love.

Born in the Mae La Thai refugee camp in Myanmar, Star 2 came to the U.S. when he was five years old. Influenced by the music of Justin Bieber, Juice Wrld, and Luh Kel, Star 2 began putting together his own beats, developing his unique sound.

His first single, “Hollup Gurl” amassed more than 250,000 streams on Spotify and collected approval from MTV’s Justina Valentine and Jordan Beckham, while his single “WTF” earned applause from Soulja Boy.

The video, directed by Hector Toro, was shot in San Diego, and depicts Star 2 falling for a beautiful young woman. Once the two connect, she watches him record in the studio, they ride bikes along the boardwalk, dance in a club, and watch the sun set over the ocean. Not only do the visuals celebrate the panoramic splendor of SoCal, but the display the warm feeling of burgeoning love.

Smooth and creamy, “If U Want 2” rides a low-slung, seductive rhythm topped by Star 2’s velvety flow and tasty rhymes.

Muzique Magazine spoke with Star 2 to discover more about the person behind the music, his songwriting process, and what’s next for him.

How did you get started in music? What’s the backstory?

I started rapping in middle school. I lived with an uncle who played guitar and was musical. I came from a Thai refugee camp. I am Karen (Kuh-ren), a persecuted minority group in Myanmar. The Burmese army brutalized our people and we fled into the jungle and then refugee camps. My earliest songs were half-Karen and half-English. Music is very big in our culture.

I recently shot a scene in my music video where I am singing “Thinkin’ Bout U” – my song, in the shower! It legitimately stays in your head. Everyone on set was singing it all day long! Other songs though – “Love Me” by JB, “Shower” by Becky G, and “Pop Out” by Polo G always get me going.

Justin Bieber – when I was young, I would dress like him, comb my hair like him, and sing all of his songs. He made me want to dance too. I also listened to Chris Brown, Tyga, and Bruno Mars. He led me to romantic ballads. Recently, I am influenced by Polo G, Luh Kel, Juice Wrld, and especially Stupid Young. He reps the Asian Community and is seriously underrated.

Well, first of all, the music comes from me and I’m unique…so by default, it’s gonna sound different than everyone else. Also, my music evolves. I listen to a wide range of music and experiment with different beats and genres. Two of my most recent songs are reggae in style and have an island vibe.

I have also started making songs that are deeper. “Real Life” with Lil’ Poppa is about growing up in the hood. Other songs touch on my experiences in a refugee camp and the surrounding jungle. I was very young, but the images stay with you.

What is your songwriting process? Do the rhymes come first, or the music?

I don’t have a formula. Sometimes, I write verses before there is any melody or music. Other times, I wake up with a song in my head. Often, when I’m stuck musically in the studio, I remember a beat I listened to months before that becomes the song.

What was the inspiration for your new single/music video “If U Want 2?”

I wanted to capture love as I’ve experienced it. It is about falling in love for the first time: meeting each other, getting to know each other, that incredible feeling.

Love is magical and incredible. The ultimate high. First love is innocent but the feelings are real. There is a part two to this video called “Missin’ U” that will drop in May. The dark side, I guess. Stay tuned.

Hector Toro is the director. It was filmed in San Diego at some very cool locations: the boardwalk in Mission Beach, Mt. Soledad, the Spruce Street Suspension Bridge, and Sunset Cliffs. I drove a classic mustang convertible in the video.

I am dropping an EP in May called Give Me Ur Heart. The song and music video that gives the EP its title drops in two weeks and has a feature with YSN Flow.

A second EP is scheduled for the summer and an album at the end of the year. I made a lot of music in the studio during the pandemic. Recently, I’ve started dancing. Getting ready for live performances hopefully soon!

Any people you want to thank or give a shout out?

The ones closest to me know who they are – I am grateful for their love and support. My fans are incredibly supportive. The Karen Community and Asian Community have gotten behind me. It means so much. A huge shout out to my grandmother. She raised me when I was abandoned as an infant and brought me with her to the U.S. First on my list is buying her a house!

Army Wayne Gets Real On “Knowing We Familiar”
Mosi Dorbayani: The Knight of Songwriting
Advertisement