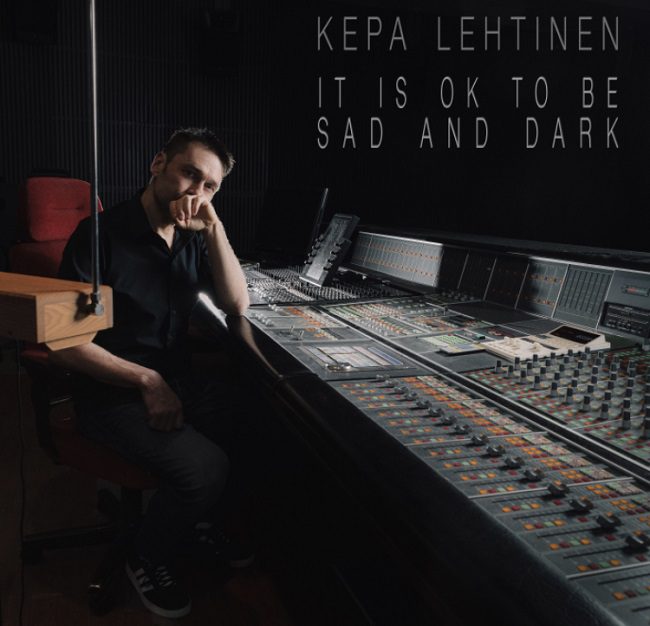 A collection of Classical music with a Theremin infused electronic sound from composer Kepa Lehtinen.  His latest album “It’s OK To Be Sad And Dark ” was almost a year in the making besides taking time perfecting the melodies a lot of time was spent in the studio looking for that retro but ultra HiFi sound. An Electronic Classical Music experience forefronted by The Theremin which takes the role of a violin or cello in more typical classical duets and compliments the piano well. It also allows for sounds and techniques a violin could never equal. The combination of theremin, piano, and contrabass creates a sound of sadness and past in a fresh way never heard before.

Best put from Kepa himself:  I used modified theremin for this release. There is more range to go on the low end so the theremin is more like cello on this. Because the sound of the theremin is influenced by the slightest vibration or breathing of the body, it provides an organic sound. Along with the acoustic piano, the electronic theremin sounds very alive.

A bit of the bio on this Electronica Composer~  Kepa Lehtinen was born in Helsinki, Finland in 1971 and began studying music in childhood, eventually learning to play piano, synthesizers, theremin, and drums. He went on to study Sound Design at Finland’s Aalto University and has since written music for many films, commercials, and TV productions. He routinely works as a composer, sound editor, and sound designer. His work has appeared in award-winning Finnish titles such as Kimmo (TV series),  Almost 18 (feature film), and A Stone LeftUnturned (short film). He released his first solo album, Playing Theremin, in 2018. In 2019 he released Helsinki in November

.Check him out on social media https://twitter.com/KepaLehtinen

“SANTO + the PPL” talks about his love for his craft, sense of style and more
Izzie Caravan talk about his craft, upcoming projects and more
Advertisement