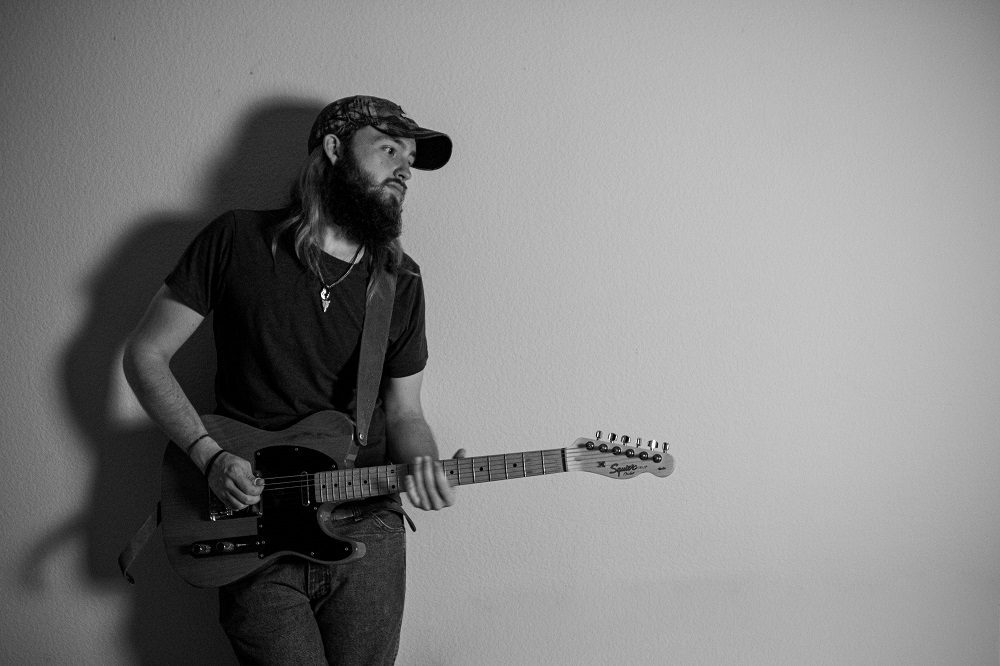 While Cope is my real last name, Charlie is not my real first name. I do try to keep my real first name a secret so I can live more discreetly when needed. When I was fourteen years old I went on a trip to visit family in Kentucky. While there I met distant relatives as well as visited with my great grandmother. While at dinner, one of my cousins had gotten my name wrong. He had called me Charlie and had jokingly asked why my name wasn’t something simpler like that. For the rest of the trip, everyone jokingly called me Charlie.

My real first name being very unique and odd, can be difficult to use. Because of this I’d use the name Charlie to order pizza, meet new people, etc. Soon after I became a musician and we decided that my real name was very unmarketable and we were worried people would get the name wrong too often and it would only make things harder than necessary. While spending a lot of time trying to come up with a new stage name, and we did spend a lot of time on it, I eventually looked back on the new name Charlie.

As my music team and I set our sights on the name Charlie Cope, I decided to adopt the persona completely. Making sure to always go by Charlie Cope in order to make fans anywhere I could and make sure to avoid all confusion with my musical career, going by Charle all the time was a wiser business decision. At first, I thought that this new person was something I always wished I could be, but after a while, I realized that this was the person behind the mask. Oddly enough once I had an instrument in my hands I was able to become my actual self and Charlie Cope was revealed.

I have wanted to be a musician for as long as I can remember. At a young age and well into early adulthood a musical career was discouraged. I had unfortunately accepted this thinking there was no way I could ever be a successful musician. When I was very young I met a girl and, when things ended up temporarily not working out with the girl, I wrote my first songs about her.

As time went by I wanted to get a guitar to impress her. As soon as I got it I practiced day and night. Not long after, I joined bands and soon after that I even started a solo career. Never thinking that I could actually survive in the music world, the first two people that told me I was able to, were the girl and my grandfather. You can actually hear them as well as many of the people that worked on the album, and other childhood friends on the intro track of the album.

They are the first people clapping since they were the first people to cheer on my career. After a few years of back and forth with me and the girl, substance abuse, recovery from it, and temporarily quitting music, I decided to give everything I had to my music career. As we carried our secret “off and on” relationship through early adulthood, many songs were created from our story.

My sense of style comes from the life and the stories I have lived. Every song on this album comes from a true story. When writing these songs I don’t just write the story in the lyrics but the whole emotion, vibe, and feelings that come with it.

Musical influences of mine come from many various sources. Some of these musical sources include local Houstonian musicians like that from the songwriting hot spots such as JP Hops House and other local music venues. I have also studied musicians like Tom Petty, Kris Kristofferson, Merle Haggard, Hank Williams Sr.,

I lived it. If I was going to tell any story to the world, there would be no doubt in my mind what story it would be. It would be Americana And Whatever’s Left.

It can be a very hectic and unpredictable job. It can also be very difficult to be a solo artist with so many people looking to you at the young age of twenty years old. It can be difficult to juggle so many things at once between management, marketing, promotion, tours, booking, PR, radio play, merchandise, finances and so much more all while being a college student does leave me with a lot of sleepless nights.

While I may have made jokes about “being great” in the past, the truth is that I have always had issues with self-confidence. I have never thought I was the best in anything I have done. That said, I do believe that I am the only person that does what I do. My style of Americana music is very unique and the mix of genres creating my own brand. I believe this is not just because of my musical influences, but because my own stories and experiences influence my music so much I am the only one who does what I do.

We have a lot of plans that we are not allowed to talk about currently. We have multiple projects for 2022 including multiple tours, new merchandise, music videos, and new music. As always we are hoping to connect with as many people as we can and with this album, we are already connecting with more people than ever thought possible.

This is one of the coolest jobs in the world, but it is also kind of crazy to think you could actually make a living off of making music. If you are going to do it, you need to put everything into it and all of your heart and soul. And if you’re going to do this, a reason why you do it will help you greatly.

If you start to succeed, the whole world around you will change and a deep and meaningful reason why will keep you focused on what is important. Lastly, if you do need more advice, feel free to reach out to me. I’m always happy to help and I always try to make myself accessible.