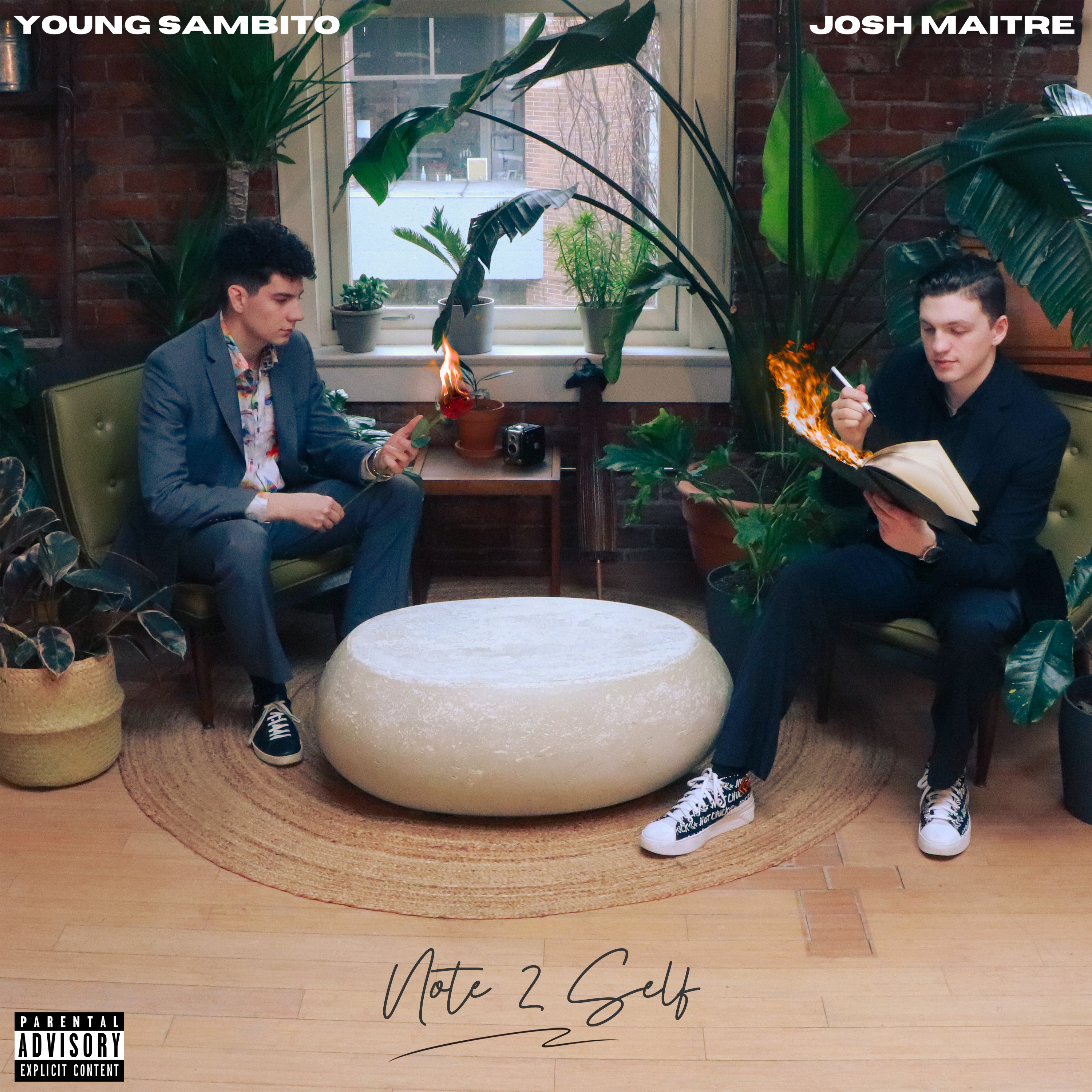 There is nothing more beautiful than when two individuals from different backgrounds come together to collaborate on art. Even more specifically in hip hop. We often think of these moments, and consider ourselves lucky when the greats like Kanye West and Jay-Z put their minds together to make something extraordinary. Two artists who have a certain synergy can create beautiful music together, time and time again we see this.

Two Canadian artists Young Sambito and Josh Maitre recently dropped their collaborative effort titled ‘Note To Self.’ The 14 track LP features in-house production from Young Sambito himself, as the artists combined elements from multiple different styles of hip hop and infused them into one cohesive sound. The project was in the making for over 2 years as both artists worked to perfect each and every track on the LP.

‘Note To Self’ offers up down-to-earth lyrics, well-thought-out songwriting, unique cadences, and tasteful features from other vocalists. The duo’s sound is inspired by the likes of Logic and J Cole among others, and you can hear those influences drawn upon in this project.

Although Vancouver, Canada has never been a blueprint city for the genre of hip hop, the two young artists are doing everything they can to rewrite the narrative, being careful not to give in to the status quo.

While the duo plans to put any new project on hold after putting so much effort into the project, we wouldn’t be surprised to see more music come from the two artists in the near future.

You can listen to ‘Note To Self’ here: