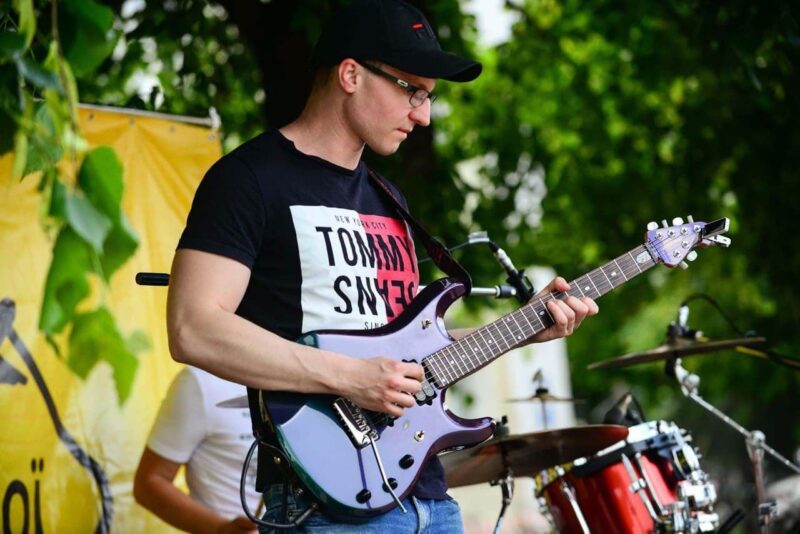 Augustwolf started as a band in the 1980’s and later became a production company and a well-known recording studio as well. Augustwolf is the altered identity of award-winning filmmaker Douglas Reid. Wolf is Doug’s middle name and August is an old family name. Also, Augustwolf starts with an A so one does not have to go through the alphabet looking for it.

I started out as a filmmaker at the age of seven but always loved movie soundtracks, new technology, and pushing the envelope on listenable music. I have always recorded my creativity and it has taken many forms over the course of decades.

I have always loved movie composers like Bernard Herrmann, Miklos Rozsa, John Williams, etc. I play many instruments, guitar, keyboards, bass drums, and various advanced technologies. Steve Lukather of TOTO is one of my contemporary influences… Augustwolf opened or toured with Toto, Robert Palmer, Charlie Daniels, David Crosby, and many others.

Of particular interest is that Doug Reid made some of the earliest recordings of Metallica when Dave Mustaine and Cliff Burton were in the band – at the very beginning of Metallica. This record (Visual Music) is reminiscent of Metallica’s record when they played with the orchestra.

My work ethic is wrapped up in simple terms, be persistent, and keep producing