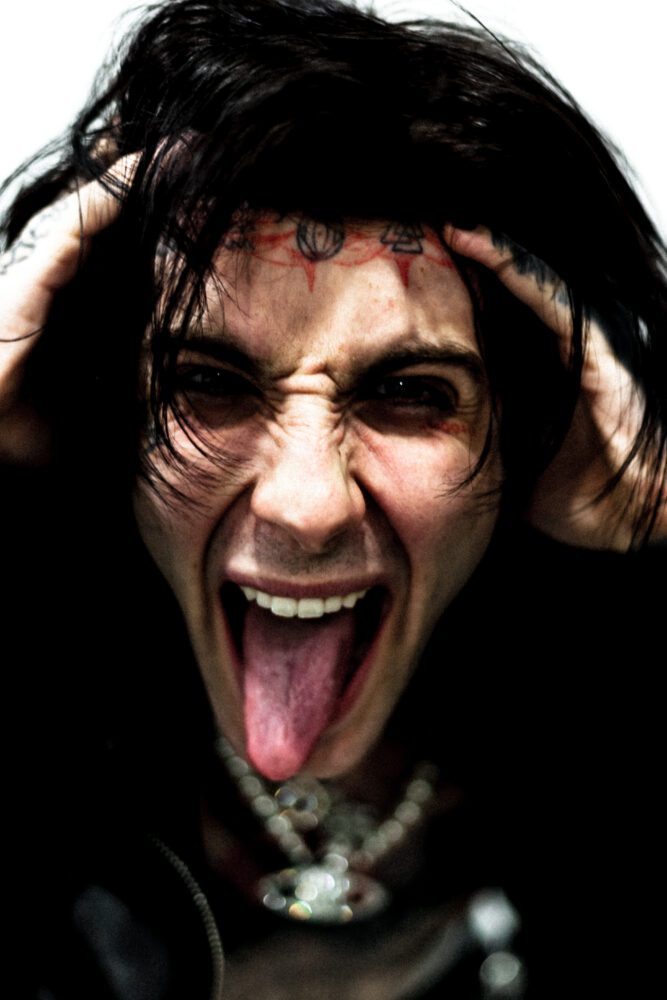 Astrophobia is a talented artist based out of Palm Beach, Florida. He is currently an independent artist looking for investors who want to get in early. He has plans to grow way beyond music and has always had an eye for branding and business. Astrophobia got into all this through his father. He would always play old rock bands such as Twisted Sister, Guns N Roses, and Metallica. Astrophobia felt a deep connection to these artists, but it wasn’t until he showed him artists like Linkin Park, Marilyn Manson, and Korn that he fell in love with music. There was something aggressive about that genre of music that spoke to him. As a child, his father would often take him to record stores and let him pick out whatever caught his eye. He also took him to see Motley Crue and KISS concerts, which sparked his musical love. Astrophobia wants his fans to know that they are never alone within his music. One of the biggest reasons Astrophobia struggled to express his emotions on suicidal thoughts, lost love, and self-hatred was because he felt no one would understand his feelings. He urges his fans to know that this is not true and that they should always express themselves as it is the only way for people to connect with them and share their feelings.

Astrophobia works to drive home the message that you can take your negative emotions and feelings and turn them into something beautiful. That you should embrace all feelings you have, good and bad, shown in his upcoming project “Made by Anxiety” – Side B. This project is a deeper look into the emotions that fueled Side A and is a lot more aggressive, focusing a little less on the cinematic element. This project also features a personal favorite of the artist, an acoustic track. There is currently no set release date, but it is expected the project will drop by the end of the summer. Follow the Astrophobia journey on Instagram and listen to his Astrophobia on Spotify.

Continue Reading
You may also like...
Related Topics:artist, Astrophobia, Music