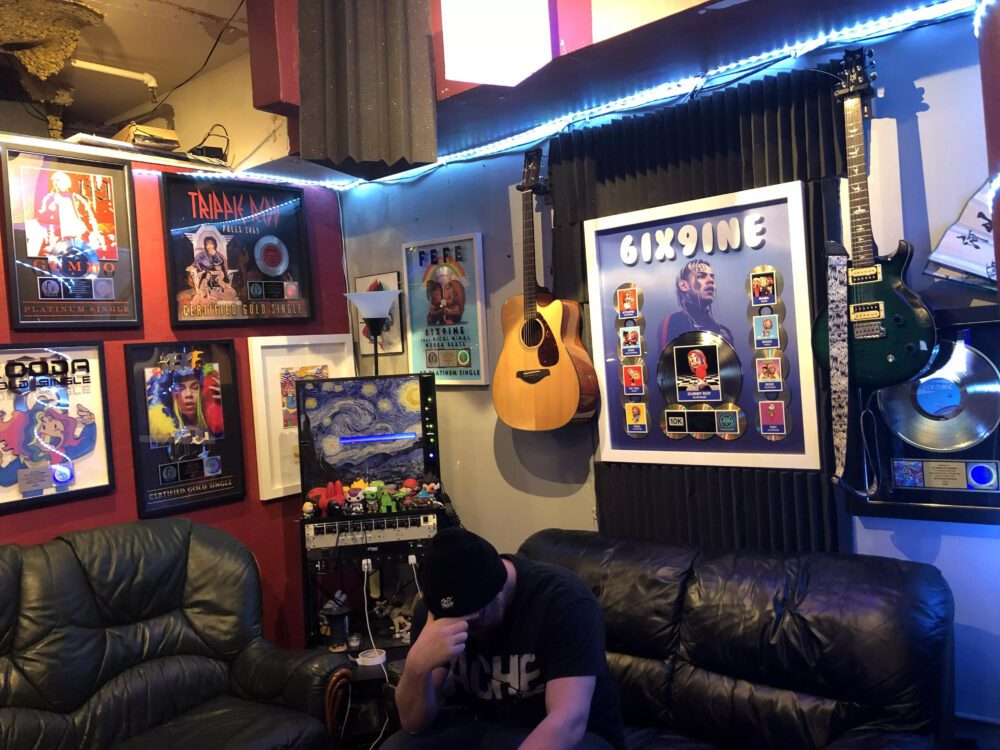 Growing up in Long Island, New York, Wizard Lee always envisioned himself becoming a world-renowned name in music. As a young man, his brother introduced him to rock and roll royalty Metallica, and Guns N’ Roses. This sparked his passion for music but when his friend played him “Moment of Truth ” by Gangstarr, Wizard Lee intuitively knew hip hop was his destiny. While in high school, Wizard Lee began teaching himself the art of production and he would go on to study sound recording in college. Upon graduation, Wizard Lee set up an at-home studio and began cultivating his craft in order to become a world class producer.

Wizard Lee is an independent artist, who just recently dropped the biggest project of his career, “No Matter the Weather ”. This project contains twenty-five songs and hits a variety of musical genres. Wizard Lee created a docu-series attached to the project that you can watch on his YouTube channel. He will be releasing a new episode every Friday until its completion, as well as a plethora of music videos. Wizard Lee has already established a household name for himself in the music industry, but he hopes this project will take him to the next level. In the past, Wizard Lee has worked with world renowned artist YE, Tory Lanez, Akon, and Young M.A. His first award he received was a gold placard for his production work on “Gummo” by 6ix9ine and has since gone on to create multiple platinum records as well.

When listening to his music Wizard Lee intends for his fans to create their own meaning to his music. He hopes he can help inspire others and gets great enjoyment out of releasing his music to the public. In the future, Wizard Lee looks to continue doing what he loves and expand his reach within the music industry. The artist he inspires to work with most is 2kBaby. He believes that 2kBaby’s unique sound and his production work would create timeless music for multiple generations to enjoy.

You can stream “No Matter the Weather’’ on Spotify and be sure to follow Wizard Lee’s Instagram for all announcements regarding future projects.