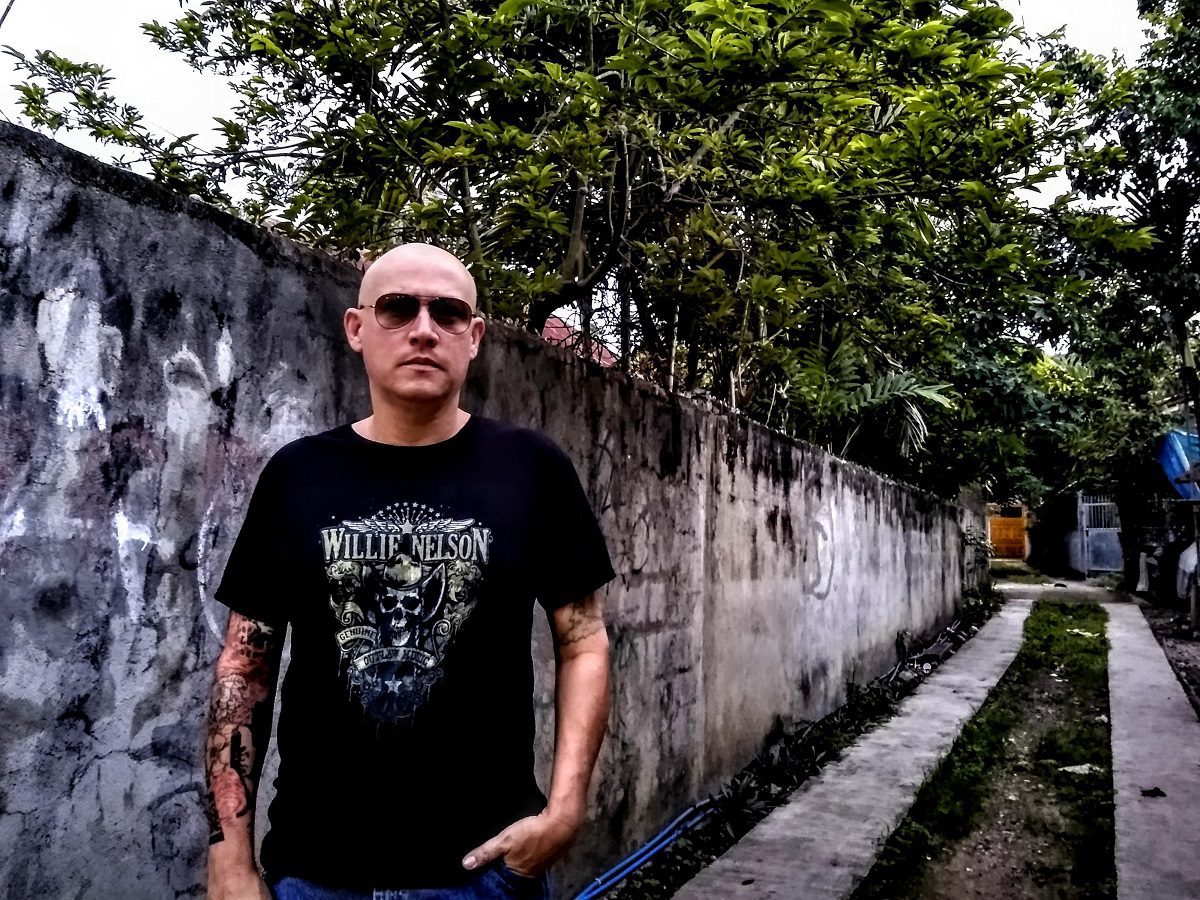 Civil disobedience is at an all-time high. People, in large numbers, are not happy with what is considered “the norm.” The far ends of the political right & left are the only voices we hear any more. Moderates are afraid to speak. It seems our ability to sympathize has been broken.

Anticipating a troubled future the band LESS LOVE wrote “Snow White Trash (Trump’s Americans).” Released just months before the current chaos began the subject of which now seems prophetic. “It was written about Trump’s 2017 “fine people” comment in reference to white nationalists, ” singer Sky Mac explains. “If the leader of the country demonstrates open racism toward Mexicans and calls third world countries “shitholes” then it is not shocking that people are now following his lead.”

Comparing members of the right-wing to sports fans Sky tells me, ” I am a registered Republican. I vote in every election but wrong is wrong. This isn’t a football game. I am not going to support the quarterback no matter what he says. I have sympathy and a small amount of intelligence. I am not a mindless follower.”

The music video for Snow White Trash (Trump’s Americans) has been nominated for a Los Angeles Music Video Award. Discussing this and other topics Sky took the time to talk to us.

MM:  Congratulations on your nomination. You must be excited.

Sky:  Excited and shocked. The video has been accepted more than I expected.

Sky:  You know the Andy Kaufman character, Tony Clifton?. He was this obnoxious lounge singer that intentionally sucked. This video is our Tony Clifton. We did not want to make a video that distracted from the song so we made a video that forces people to hear the words.

As simple as the video looks we actually put a lot of thought into it. Then when it was done it made us laugh because we were certain people would hate it.

MM:  The style of this song is a big change for LESS LOVE. It is your heaviest song yet. What led to that?

Sky:  Anger. I was really mad when I wrote it. We have had songs in the past that started heavy but didn’t end that way. They got filtered through the five members of the band, & came out softer. I didn’t mind. Working together to develop a song was something I always loved about being in a band. “Magical Purple Hair” and “Leon” are good examples that were originally heavy tracks.

MM:  This song has no pretty vocal harmonies. That has always been part of your sound. There are no female voices. Are they still with the band?

Sky:  No the band disbanded. Three members walked away. Billy is still a member of the band but only as a studio musician. He now lives in Russia so I am not exactly sure how that will work.

Billy and I started LESS LOVE together. He has been a keystone since the beginning. I want to think he will always be a member. He played bass on Snow White Trash.

MM:  Who are the other performers on the song?

Sky:  Chavez Solis plays lead guitar and Chris Peterson plays drums. The song producer Mike Rodriguez also plays some parts of the song. I can’t remember what all he played but I know he did the noisy guitar track on the bridge. He also engineered most of the tracks. The lead guitar by Chavez Solis was engineered by the very lovely and talented Michael Trepagnier. I love that guy.

The song was mastered by Dan Richardson. He is also a great guy. We have been working with him for years.

MM:  You wrote a song about racism using racist slang. You sing words we are not supposed to say. What gives you the right to say these things each time you sing this song?

Sky:  Oh wow! Good question. I am 100% confident most people would say I have no right. I am personally of the Lenny Bruce train of thought that the more we use a word the less power it has over us.

I am a member of the Choctaw Tribe of Oklahoma. Most Indians reject the term “Native-American” mostly because it is just a white man term intended to relieve white guilt. At the same time, most Indians (not me) hate it when white people say “Indian” despite the fact that we say it. Tribal members take the “that is our word” stance. I would have used the word “Indian” in the song but it doesn’t carry as much weight.

I am sincerely sorry if my song causes any member of a minority group pain. I suspect the only people that will complain will be heterosexual white folk.

MM:  Your song has been compared to the Randy Newman song “Rednecks.” How much influence did that song have on you while you were writing Snow White Trash?

Sky:  None. I had never heard it. I have a lot of friends that think Randy Newman is a genius. That is cool. I respect their opinion but I don’t agree. Prior to the comparison I only knew him as the guy that did Toy Story, Monk, I Love LA and Short People. I have heard the song now. I see the comparison. We certainly had the same idea. He had the idea first.

Growing up I loved the song “Hate The Police” which was written by The Dicks but it is the Mudhoney version that I still love. Though I didn’t think about it at the time “Hate The Police” probably influenced the writing of Snow White Trash.

MM:  Well you wrote a killer track. I wish you all the best with both the song and award.

Sky: I appreciate that.