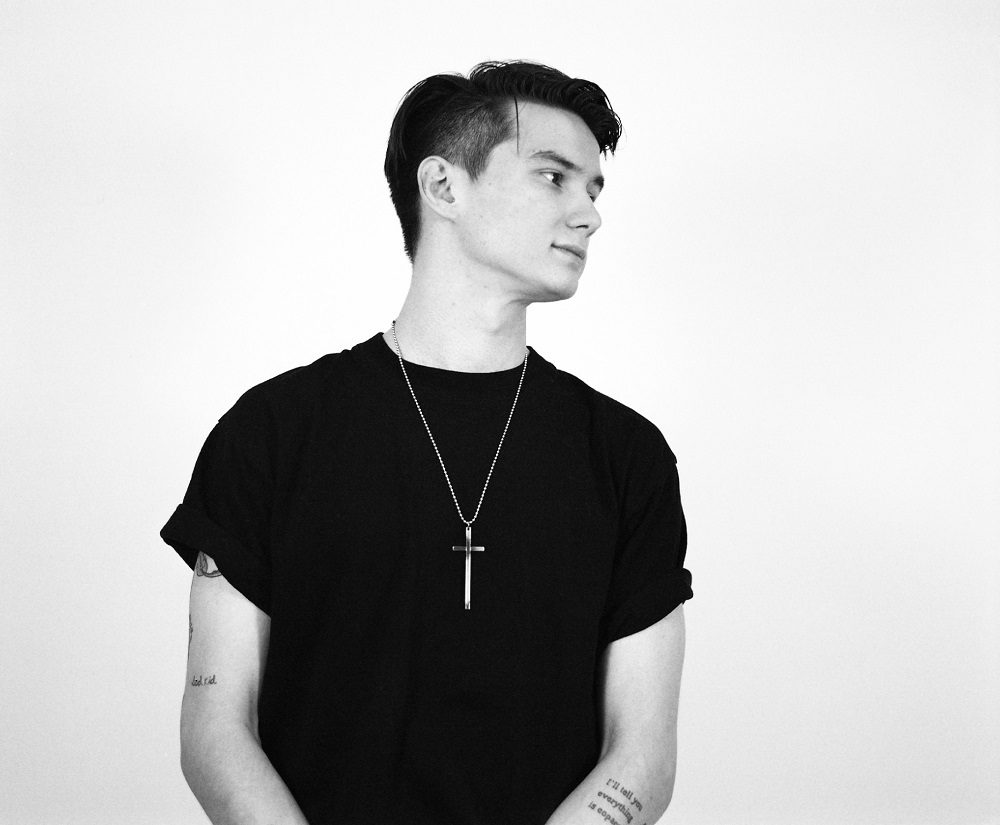 I actually get this question a lot, but believe it or not, my given name is Tanner Jackson Royal. It just so happens to sound like a perfect stage name. I lucked out. Haha

In 2013 I was eighteen years old, about to graduate high school, and had zero ideas of what I wanted to do with my life. At this point, I had been playing guitar for five years but it was only a hobby. One of my best friends invited me to go to a pop-punk show in Houston, TX that featured All Time Low.

We get to the show and I fall in love with the atmosphere and the community formed by all the fans. After All Time Low played their last song ‘Dear Maria, Count Me In’, I was switching my glances from the band and to the crowd. I still remember the reaction the fans were giving them and how All Time Low was just soaking it in on stage. That was the exact moment I said to myself “That’s what I wanna do.”

I grew up playing and listening to pop-punk music. Bands like Green Day, Blink-182, The Story So Far, All Time Low, Panic! at the Disco, etc. When I was in college around 2014, I started branching out listening to more indie rock bands. Bands like The 1975, Arctic Monkeys, Oasis, Vampire Weekend, The Strokes, and other acts just like that. My style of music comes from my own spin of these genres and influences. I like to say that my music is just a giant love letter to these artists.

Lyrically, the song is based on the modern American “Manifest Destiny”. Getting in the car and just going. Not really having any direction or destination, only having the love of the journey. The story is told through two characters.

One is very spontaneous and optimistic, while the other is much more skeptical and needs convincing. The verses are the conversations between the two, while the chorus is what they will find on their journey. Cities, beauty, paradise, & of course, the new land of Milk & Honey.

The song was written off of a small chord progression I had on the guitar. I came into a studio session with my producer Michael Wuerth, with nothing fleshed out. We both sat down and formed a basic structure to the tune.

I wrote the chorus lyrics and melody in the studio, while Mike was building the song. Later on my co-writer and guitarist, Matthew Mooney came in and laid down the incredibly tasty lick that comes in after every chorus. It brought the whole thing together.

The biggest challenge for me was the decision to move from a small town in South East Texas called Bridge City to New York to pursue my passion and dream of being a musician. This happened at the beginning of 2018. I was broke and bumming in my friend’s living-room but it was one of the most magical times of my life.

Because of this decision, I not only fell in love with new people and new places, but I also got the opportunity of meeting the right people at the right time. Within those first few months, I met my producer Michael Wuerth and my co-writer Matthew Mooney.

Two people I still work with today. The greatest attributes I have are my positive attitude and being able to have a clear vision of what I want to achieve. These things are what got me through those tough times and made them worthwhile.

I do not think right now I am the best at what I do, but do I want to be? Absolutely. It is not out of ego, cockiness, or competition that I want to be the best musician/songwriter/performer.

I just honestly believe that is a challenge I can achieve if I am obsessed with it. Obsessed with getting better every single day. I’m definitely not there yet but I do believe I’m on the right path and you’ll know when I get there.

My plan is to continue to write, record, and release music every few months for the remainder of the year. Also, keep interacting with fans via social media, meeting new fans, and hopefully start playing live shows again in New York City once things start to open up.

My cowriter Matthew Mooney and our producer Michael Wuerth at Long Island Sound. Without them I wouldn’t be able to bring the my music to life. My loving and supportive parents Keith and Cheryl Royal, as well as my brother and sister Kelly Royal and Jordan Haynes.

My best friends back in Texas Devon Anders, Nick Burch, Adam Granger, Colin Smith, and Jamie Smith. And of course Jordan LaCore and Fransico Gonzales for supporting me, loving me, and dealing with me on a daily basis.

You can find all my music online via streaming services such as Spotify, Apple Music, Amazon Music, YouTube, Deezer, and many more by searching for Tanner J. Royal

You can always find my music and more information about me on my website tannerjroyal.com

Have a clear vision of what you want for yourself and your career.

Surround yourself with the right people.

Be consistent with the quality of your work.

Always try to be better and constantly strive for getting better.