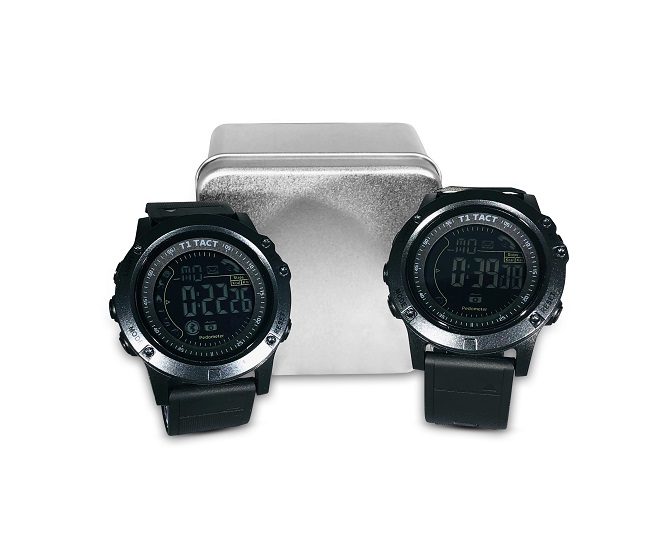 According to the Better Business Bureau, jewelry and watch brands are the top industry at risk of counterfeit fraud. Nearly 13.5% of sales in this industry are actually lost each year due to counterfeits. Customers who fall victim to these crimes not only get a low-quality product, they also find it difficult to get their money back. Additionally, counterfeit jewelry items are also potentially dangerous; often possessing toxic materials that are harmful to the wearer’s health.

One popular online watch brand that sells tactical watches, T1 Tact Watch, has had to go to extreme measures to clarify its authenticity.    Even Though the brand only sells through T1Tactwatch.com, they are still having to improve their wearable technology’s design to protect the status symbol it’s become to the truly adventurous.

The company’s latest tactical watch, the Midnight Diamond, has been copied and resold by fake sellers for over a year. This has led to the company’s recent adjustments to clarify what is a ‘knock-off’ and what is authentic.

In a Facebook post made on December 10 of last year, the company said, “we’ve modified the “Midnight Diamond.” The official watch now has these status symbol markings for true adventurers:

They went on to say, “we stopped all orders from shipping to perfect the internal and external features. We’re now back to the normal shipping schedule.”

Additionally, according to the announcement, the latest Midnight Diamonds will come with a new manual. This manual now matches the latest version of the watch. Another upgrade is the watch’s packaging, which used to be in a black box. The new version now comes in a metal case.

They also reassured customers that authentic Midnight Diamonds would only be shipped from two US shipping locations: Atlanta and Chicago.

As promised on their Facebook and Instagram (@T1TactWatch),  T1 Tact went after several counterfeiters this year.    Over 30 eBay and Amazon listings were shut down for violating the brand trademark. Also, one Shopify store was also terminated from Google search, with others to come.

Noted counterfeiters of the brand are HyperTech, TactWatch.shop, TheRavingTrends.com, Top10Gadgets.shop, tactical-watch.shop, and t-watchstore.com. All of these are affiliated to a much-known scam company registered in the country of Estonia, Hyper Tech.  None of these are actually affiliated with T1TactWatch.com.

Domain hosting companies and domain registrar groups are responsible for allowing the trademark infringement to take place.    Class action lawsuits can be filed against many of these large companies like Google cloud, NameCheap, and others but it is unlikely.

During the process of updating watches and manuals, the brand experienced weeks of shipping delays which aggravated customers. However, the T1 Tact Watch team has reassured customers that shipping schedules are ‘back to normal’.

However, with the new Corona Virus of China, that’s spread worldwide, a new delay has presented itself.  All mail is being delayed by up to 2 weeks because China manufactured part of a good if not the entire product itself.    This gives time for any residual ‘leftovers’ of the Corona Virus to completely die off.

Those who endured the shipping delays will be rewarded for their patience, however. According to one announcement, these individuals will also receive a complimentary gift. Although they did not mention what specific gift they will get, the company stated that each gift will be a new item from the 2020 collection. This gives loyal customers access to these new products before the rest of the public.

In addition to the thousands of dollars lost each on fake tactical watches or other fraudulent products, consumers’ health is also at risk as well.

For watches and jewelry, toxins can be found in the materials used for the product, particularly in the metals used for the watch bands. The Better Business Bureau reports that counterfeits can sometimes use metals that “contain unsafe levels of cadmium and lead”.

Lead exposure is dangerous because it can lead to poisoning, which can affect the brain and other organs. In some cases, lead poisoning can even be fatal; especially for vulnerable adults or children.

Between T1 Tact Watch and the Alexander Cavano, there is no reason to buy fake smartwatches, however.  These are set at prices to meet the needs of the average young, hip traveler.