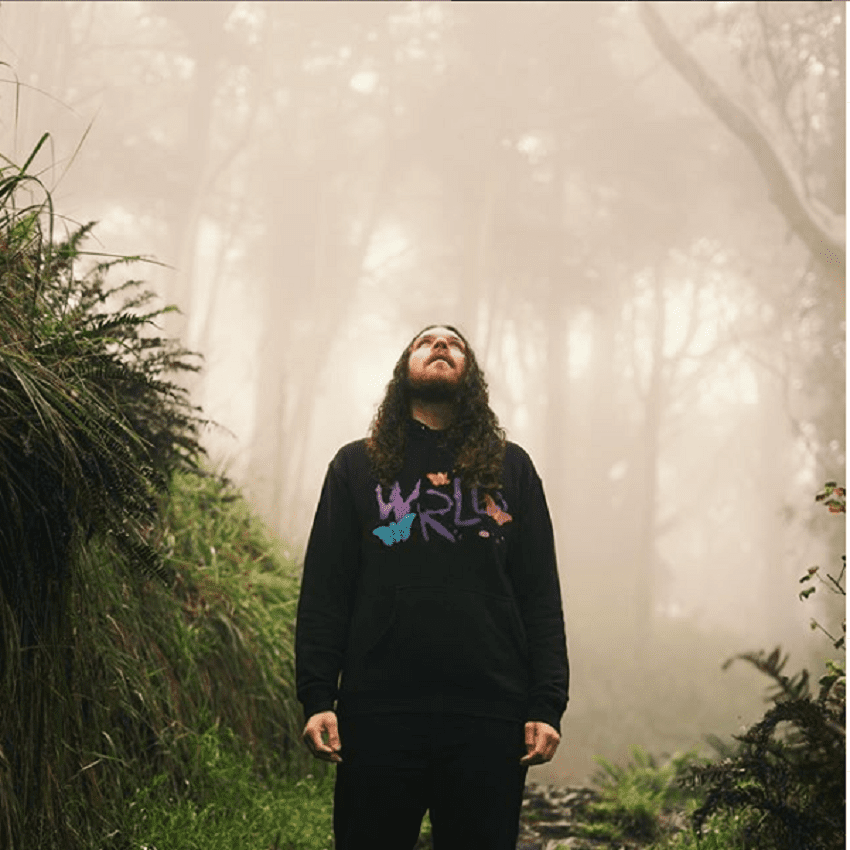 Sean Sullivan, known by his stage name, Sespool, is a multi-instrumental musician and producer hailing out of San Francisco. His new single “Before The Fog Covers Me” shows off his many talents and his wide array of musical influences and stylings.

Oftentimes when a solo artist puts out a project there is a strong leaning towards one specific genre, which makes sense, artists just like the rest of the population tend to gravitate towards one main genre and dabble in others. That is definitely not the case with Sespool.

“Before The Fog Covers Me” is painted with many different brushes by an artist who is clearly comfortable stepping out of his comfort zone. With touches of post-rock guitar, prog synths, hip-hop drum tracks, and pop vocals this song covers a lot of musical ground, and does it well.

Today we speak with Sespool about “Before The Fog Cover Me”, what it’s like to be a musician during a pandemic in San Francisco, and just how many instruments he plays.

“Before The Fog Covers Me” has a unique sound, touching many different genres throughout the song. What inspires you as a musician to blend together music from all across the spectrum?

Like most millennials, I grew up with access to the internet and a wide range of music that might not find itself on the radio. I love tons of genres, and as I create my own music I find it hard to stay within one box. A lot of the band’s I love the most are hard to categorize, and I want to carry that torch for the progressive artists that came before me.

Your second album is coming out this Friday after the release of your debut album, ‘(This Love Is) Eternal’, last year. Did you have a different approach to your second album than your first? If so, what changed?

Yes, my first album had more of an emo-rap flare to it and had a lot more rapping and a lot less guitar. Eternal told a story, I had gone through a rough break up and that album was my own way of understanding and overcoming an immense amount of sadness and confusion.

The new album is when I decided I really wanted to push the boundaries of genre fusion and incorporate the heavy riffs and darker themes that I grew up loving and had played earlier in my career with different bands. I’ve focused almost 100% on singing, although at times with pretty fast delivery, and the only hip hop element that remains is in the production style.

What has it been like being a musician in the Bay Area in the middle of a pandemic lockdown?

As a musician, it’s been both a blessing and a curse. It’s been a great time for me to hunker down and just focus on making as much music as possible without any outside distractions.

At the same time, it’s been incredibly sad and frightening and I’ve found creativity to be fleeting; but I pulled through and finished a project I’ve very proud of. It’s very bleak not knowing what lies ahead for live performances and the industry as a whole, but writing and recording is a beautifully therapeutic way to try and navigate through these unprecedented times.

What was the first instrument you picked up? Is it still your preferred instrument or have you moved on to other interests?

I started piano lessons in the second grade, then moved to percussion in the school band before picking up the guitar in middle school. In a way, I guess piano is still one of my main instruments, although it’s mostly MIDI-based as I make songs in Ableton.

I would consider guitar to be my primary instrument since it’s the one I feel the most confident in playing, but I really love dabbling in lots of things to make a whole piece rather than being a virtuosic player of one.

Do you find that you have a few musical influences that you find yourself coming back to again and again for inspiration or motivation? And if so, who?

The greatest band of all time is Pink Floyd and I continue to be inspired by their classic albums. Some of my other favorite artists that move me are Mew, Porcupine Tree, Drake, Every Time I Die, and Juice Wrld. Each of those artists is very different but aside from ETID, they’re pretty hard to put into a specific genre as they draw influence to create their own engaging sound.

What does the typical writing process look like for you? Are you starting with instrumental pieces and then writing lyrics, vice versa, or is it a more synchronous process?

I almost always start with the instrumental, and it usually starts with a melody I make with MIDI on Ableton although occasionally I begin with the guitar. I make a lot of instrumentals or beats, and many of them end up unfinished or just partial ideas.

When I really like something I’ll start to add layers of guitar to it and then craft melodies before the lyrics come to me. Lyrics are usually the last piece of the puzzle but they’re very important to me. Sometimes they come out with specific intentions and other times I pull them from a stream of consciousness writing I’ll do early in the day.

What is your favorite part of the process when you are recording new music?

I love making the beats. Putting together some kind of melodic loop that pulls the inspiration out of me is the best feeling. Layers of sound that culminate into emotion.

Once it’s all done I also really like putting together the final playing order, and I often have an idea in mind how a project should start and finish. One of my goals as an artist is to make a classic album that’s undeniable from beginning to end.

San Francisco has such a deep and rich musical history, do you find that you draw on some of that history for inspiration? Does the city inspire you in and of itself?

When I moved to San Francisco in 2009 its illustrious musical history and legendary venues were a huge reason why I came and I felt hugely inspired by its aura. Now that I’ve been here for over a decade and so much of the city has been taken over by tech it feels less artist-friendly but no less beautiful.

It’s hard to put it into a real context with how shutdown the city has been for the last six months but it’s certainly still a cooler place to be for progressive music than somewhere in the middle of the country. I’ll never forget the feeling of getting to play The Fillmore with my old band Rin Tin Tiger and sitting in the same green room that Pink Floyd did in 1968 – moments like that don’t leave you when your dream is to make music!

What are some of the topics that you find yourself writing about often? How do those topics reflect who you are as a musician and a person?

I don’t really like traditionally “happy” music as a listener, and I find myself often writing and creating from a darker space. There are moments of elation on my record but as much as I love clear blue skies they don’t move me in the way wilted autumn trees and moonlight do.

I find beauty in sadness, and while I try to live my life in a cheery and optimistic way I use music and poetry as a way to sort through the darker parts of my mind. “before the fog covers me” as an album covers the feelings of getting older, the “wage slave” mentality of full-time unfulfilling employment, mental health, and the disturbing trends of authoritarianism and white supremacy in the United States.

Sespool is an interesting stage name, how did you come up with it and what does it mean to you?

Much like what I just mentioned above, “cesspool” is a really gross word – a disgusting or corrupt place – which is where I tend to draw inspiration from artistically. It sounds dark and heavy, and my initials are SES, so SESPOOL is who I am, both literally and figuratively as an artist.