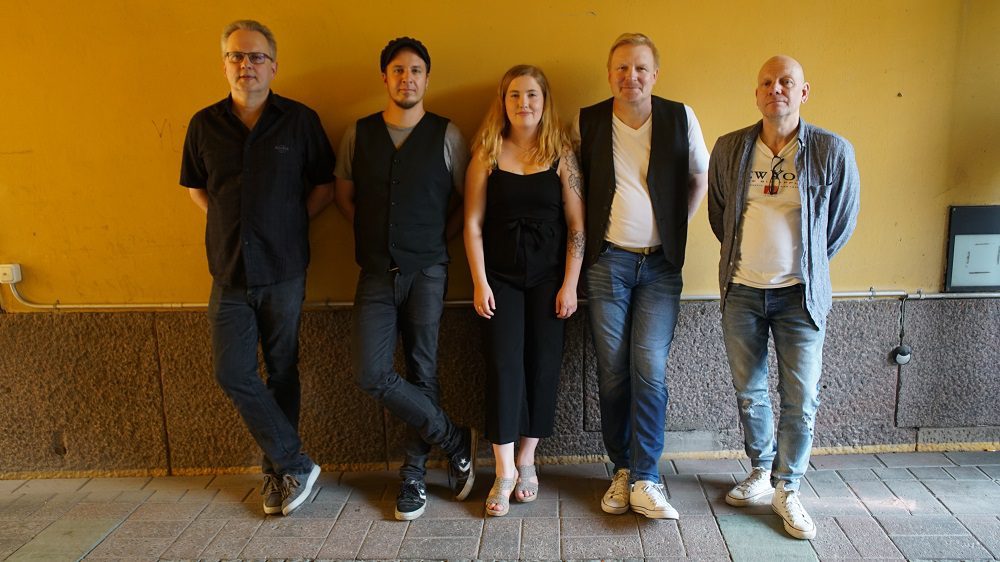 Named after the leader Ove Fagerlund, O Fagerlund Project has just released their latest record, the three-track EP Function. In fact, a recording may not be the best word to describe Function’s music: rather, it offers many different styles of music that fuse together, leaving the listeners room to receive the music exactly the way they want it. Indeed, Fagerlund’s compositions are essentially like modern art aurally painted, without limiting frames.

Ove, where does your many-sided musical expression stem from?

Music has been a natural expression channel for me since I was a child: according to my family, I started to play self-made notes at the age of three. My late father taught music, and he directed me to the children’s music school, from where I continued to Cantores Minores Choir, and subsequently to the Oulunkylä Pop & Jazz Conservatory. At the Pop & Jazz Conservatory, I had the privilege to enjoy piano teaching by masters like Jarmo Savolainen and Jasse Varpama. All in all, the Conservatory environment, which was also influenced by virtuosos such as Upi Sorvali and Iiro Rantala, was very fruitful for my musical growth.

However, more than practicing and developing as a soloist, I wanted to do my own stuff with the band. The break with the Helsinki area blues and other music scenes occurred after moving to Jyväskylä, and ever since I have been making music day in, day out, driven by my internal passion. Making music is time-consuming on top of the daily work, but it has always been my choice.

The influence of the Pop & Jazz Conservatory can certainly be heard in my compositions and playing. However, I always listened to music in a very multidisciplinary and open-minded way, from classical to jazz, pop, blues, and so on. The most important thing, in my opinion, is to experience music from your own perspective without limiting preconceptions.

Who are playing with you in O Fagerlund Project?

O Fagerlund Project has been playing together with the same line-up since Upland’s record release gig in 2019. In line with my principles, the band consists of both younger and more experienced talents with backgrounds in different music genres. The band has gelled along with the gigs, moving smoothly from one style to another and combining them into something previously unheard of.

Drummer Jussi Nikula’s background is in folk and world music, so he is familiar with crossing borders. The same goes for bassist Pille Peltonen, who I guess must have played with almost everyone in Finland. With guitarist Vesa Haakana, we have been playing together for twenty years, and his Ostrobothnian rock background brings the band some distinctive edge. And Alisa Heinilä is a younger generation talent who nicely colors the musical entity with her singing and flute playing.

Tommi Tikka directed an impressive video of Upland’s song Shakin House. What about Function – is there a video out, too?

Yes, Tommi has also directed the video of Function’s opening song, Lady of the Snow. The text of the song speaks of self-discovery and uses a Christian myth as a metaphor: there, Virgin Mary appeared to

Eyewitnesses in a snowfall in the middle of summer. I came across that myth in a Croatian church and it stuck in the back of my mind, waiting to find a way out. The way was found in the form of a new song, but above all in the dance that dominates the video.

Karoliina Lummikko, who dances in the video, is a member of Dance Theater ERI. She created a choreography that brings the musical elements of the song together. Dance is at the very heart of the song: it combines different genres of dance – modern dance, jazz dance, and ballet – in the same way as the music, through which I wanted to create the atmosphere of 1950s jazz.

What do you want your music to say in general?

Upland was a very important component for me, as it more or less told my childhood story. Other songs on the Upland album, such as Upland II and Hikimaja, exude my exchange student time in the middle of the Rocky Mountains with a Mormon family as well as with indigenous people in the northwestern United States.

Function, on the other hand, arose from a desire to make a more free-style band playing with funk elements. It repeats a cinematic narrative because the music usually gets a very visual form in my head. It is well supported by the inclusion of dance in live performances.

We have already talked about the background of Lady of the Snow. The next song, Function & Form is a familiar concept of architecture: first, you create the purpose or the function, then the form. What I want to make happen with my music is to bring in humanistic, life-shaped softness to replace angularity and black and white thinking. Finally, Zeitgeber’s subject is the human conception of time. The contradiction between the limitations of the biological clock and the infiniteness of the universe has fascinated me for a long time.

Would it be right to say there are strong spiritual dimensions to your music?

Yes. The desire to express spiritual things has been very important to me as a result of some special spiritual experiences. Playing the piano, which has run in the family since the 19th century, has produced me strange emotional experiences. So has broken out into a perfect flow state in the middle of a gig, too. And quite recently I reached a similar emotional state on the Helsinki Music Hall stage, where I had the honor to play my compositions alone on the precious Steinway grand piano.

How would you define your audience?

To put it simply, I could say that my music is for adult taste. Your taste matures as you practice it, and simultaneously, crossing borders becomes easier and more natural. I believe my music speaks loudest to a forward-looking person with an open mind. Those people can be found all over the world, so I hope that my audience will expand beyond Finland.

I believe that when music is not served through ready-made frames nor easy definitions, you have to put some effort to reach your individual experience. It helps you grow as a person.

Kari Hartikainen is a marketing communications professional with a 20 years’ background in writing. His keyboard products have helped client companies succeed in almost 30 countries. In Finland, his writings have been published or referred to in several leading Finnish newspapers and magazines. He has been playing, singing and listening to music since the age of eight.