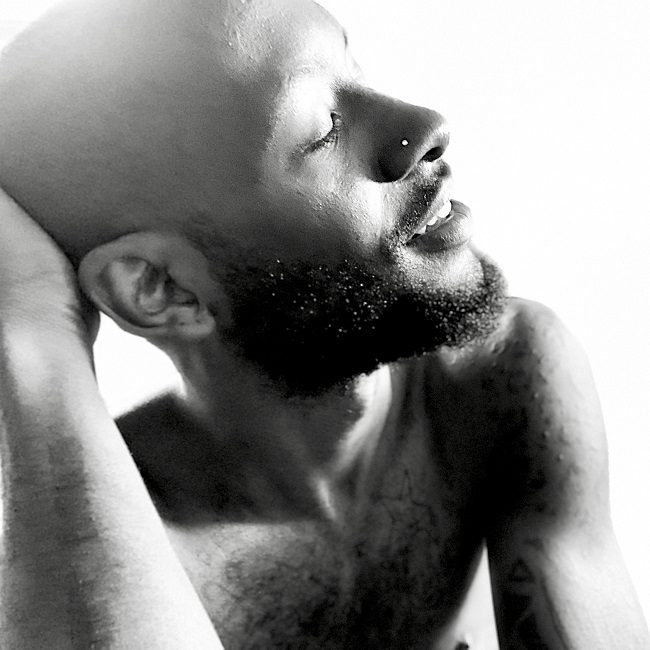 Born and raised in Mount Olive, NC on January 7, 1992, Myron “Taymarion” Roberts started singing at the age of 7 in the children’s choir At Winn Chapel Missionary Baptist.

Around the age of 13, He met his now long time friend Tamesha Williams and together they formed a duo called UNITY. They would both write songs together and after a while, Taymarion started teaching his self how to make beats. They continued on as a duo for the better part of their teenage years. At 18, Taymarion decided to take a break from music and try his hand at a variety of career choices including cosmetology and joining the Army. After his military service in 2014, he met his now manager Elawate, who was a long time friend of his mother and father.

Elawate had caught wind of a mixtape Taymarion had put together but never pushed and encouraged him to push it and get back into writing, singing, and performing. In 2015 Taymarion started working on what would eventually become his first EP. But things took a drastic turn when he was diagnosed with Vocal Chord Paresis which cause him to go horse and have difficulty breathing while attempting to sing. Ready to give up, Elawate remained positive and continued to encourage Tay throughout the process of vocal training and doctor visits to salvage his voice. After intense vocal lessons, a lot of rehearsals, and constant prayer, Taymarion hit the studio around the summer of 2016.

After completing the EP He went to school to get his CDL, realizing that it was going to take serious money to do the things he wanted when it came to his music career. His debut EP “Love Decoded” was released in the fall of 2017. And after almost a decade he returned to the stage to perform live in the summer of 2018 for an Indie Artist showcase called Coast 2 Coast.

He placed second and was the featured artist on the track that won 1st place. He also followed up with a second EP that summer Titled “LoveLifeLyrics”, which were 7 songs that originally belonged to the debut album he was working on but didn’t make the cut. He plans to release his debut album and Music Video sometime in 2019. Hard work, determination, patience, and faith keeps him pushing forward as he lives by one quote which states “Slow progress is better than no progress”.

An old classmate of mine said if she ever had a son, she would name him Taymarion. At that time Tay was already my nickname even though it’s nowhere in my government name. Lol. Anyways some of my friends would joke and call me Taymarion while comparing me to Omarion because they said I acted like I was the lead singer. From there it just kind of stuck.

I never considered myself a vocalist, I just knew I loved singing ever since I could remember. I could remember when I was young I would get home from school grab my Walkman and a hairbrush to use for a microphone and sing 90’s R&B for hours.

I didn’t pick up on my skill for songwriting until I was 13. I sat down one day and wrote my very first song. I never thought about being rich or famous and I never craved the attention for it. I just loved doing it and people took notice so the career just kind of fell in my lap. Whether I ever make it big or not, I’m still going to write, sing, record, and share my music with the world cause it gives me purpose.

I would definitely have to say myself. I never really cared about being fashionable. If I liked it and it was comfortable, I wore it! Growing up, I was raised by my grandmother who didn’t believe in buying all the latest trends and name brands so I worked with what I had and made it work for me.

I can literally take a $30 outfit and make it look $300. A lot of people tend to compliment my style and think it’s super expensive. The majority of clothes I wear most likely came from Walmart, Target, Rue 21, or amazon. Not some big designer. It’s not about what you wear, it’s about how you wear it.

Well my new EP is titled Damaged and it all started with my failed marriage. Lol. After I was divorced, I just took all the emotions from all my failed relationships and put them into song form. It was very therapeutic.

I think my greatest challenge is being my own worst critic. Sometimes I can overthink and stand in my own way of success but my inability to take no for an answer keeps me pushing forward. I hate being told I can’t or I won’t. Those words tend to throw me in overdrive because I’m a firm believer that I can do whatever I put my mind to.

Yes. I know some people may call it cocky, conceited, or arrogant… But I’m not in competition with nobody else but the man I was yesterday. As long as I out-do him, then I’ve done my best. Which makes me the best at what I do. I stand on the saying. Can’t nobody do you like you.

Just to be happy and to enjoy the moment. This industry sometimes can suck out every last piece of energy, happiness, and hope you have. I’ve learned to live with the fact that if it’s meant for me and will happen and nobody can change that. If it’s not meant for meant I’m content with had been able to spend my life truly do something I love. Whatever is it that I chose to do next, I just want to be happy doing it and enjoy the moment.

Yesss. Firstly My Aunt Keke, for introducing me to 90’s R&B at a very early age. My manager Elawate for taking a chance on me when nobody else would even take the time to listen. Anthony, Mike, and J Guzz for firstly given me construction criticism on how I can make my music better, then rocking with me afterward.

Da Stage Radio for always keeping it real and helping believe in my worth. And last but not least, my best friends… Asha, Shadee, Jenn, Chelle, And T-Luv for consistent support throughout the years. They never doubted I could do this!

Never give up and keep pushing forward… slow progress is better than no progress. If nobody wants to cheer for you, be your own cheerleader. Believe I’m your craft because how can you expect others to believe in you if you don’t even believe in yourself. And lastly, enjoy the moment, ENJOY THE MUSIC!